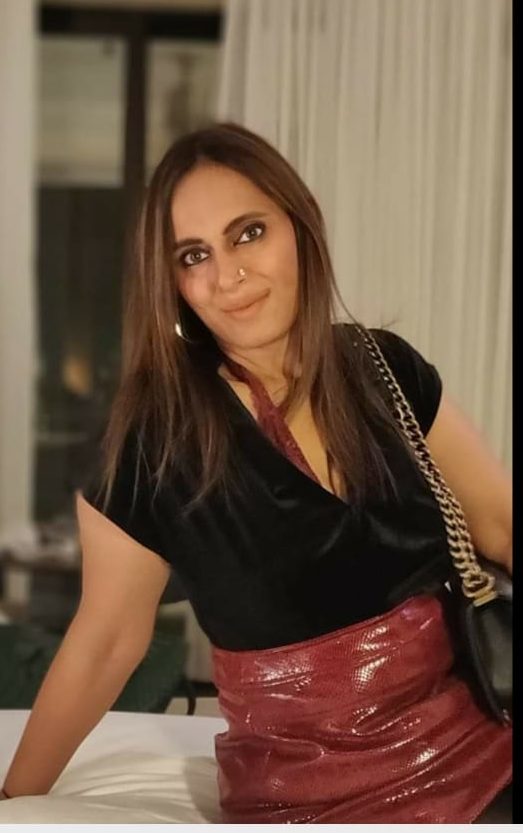 Selected as an Inspirational Leader 2020 in the category of Food, Anshu Goel of Devdutt Exports is adding new dimension to human lifestyle with her brands ‘D Nature Fresh’ and ‘Minar’.

Years of working in the industry, your contribution reflects versatility and volubility. What has influenced your decision making process at various stages?

It’s been more than 9 decades that we are into the industry, We majorly focus on understanding the taste and preferences of the consumers. From years we have been continuously trying to provide the

optimum services and quality products to the end consumers. It’s a major factor of our brand success in the market. We believe that consumer is the ultimate decision maker of what and which products fits his or her needs. Coming to versatility, we are always on the go of making our products reachable and suitable of all types of buyers. Each and every platform of commercial trade has been experienced by us weather we talk about Retail, Modern Trade, bulk supplies, institutional supplies etc. Apart from this our team is always ready to deliver exemplary services and products to the market. The most vital factor of an organization’s success are the decisions and plans that are made on day to day operations. Both the directors of the organization have immense sense of planning and decision making. That is the core reason behind our market leadership in FMCG industry. Regular group discussion on operations are mandatory to ensure the key areas where we can improve as the more your grow the more you learn. We have various managerial personnel to ensure quick and solicit decision related to finance, product management, brand development, sales and last but not the least after sales support to the consumers.

An accomplishment that you consider to be the most significant in your career?

In the scenario of works, we have completed many endeavors but the most significant of all is the new launch of the fine Bio-active products that are great. A complete research and development has been done over 5 years to conceive the idea of delivering health to the consumers. We initially created the idea of healthy munching for the masses. Moving towards the approach of a healthy lifestyle, we designed 10 super beneficial products that will enhance the standard of daily eating habit. We as a team believe that healthy lifestyle will only lead us to better future with lesser ailments and diseases. As an individual, I have a very strong and determined vision to provide health in the products that we manufacture or deal in. After immense and deep study of consumer’s interest about their health, our team has finally launched 10 totally revolutionary edibles that will lead one with a healthy & ailment free living. We hope this segment will definitely move the consumer interest towards a healthy lifestyle and ensure a good health that will ultimately lead to a healthy nation.

How do you integrate corporate philanthropy or corporate social responsibility as a part of your business strategies?

Corporate philanthropy and corporate responsibility are two columns that directly signifies the motto and forte of the organization. Each and every product that we have been manufacturing is purely made out of an approach of delivering the best and the pure. We are into a nation where a major contribution of FMCG’ revenue is influenced by the common masses, masses that by products that are economical and has a value for money factor. As an organization we have set certain parameters for the products that are manufactured so that we ensure the consumer must get the value for money and also we always try to improve the packaging and the storing criteria. Consumer is the ultimate king of the market and it’s our responsibility to deliver them the best, the pure, the healthiest and the finest of our products.

What has been your driving force or philosophy in life?

Earning revenues and profit by delivering value for money products ad & to make our country aware of health and prevent them from hazardous diseases.

How do you define success and how do you measure up to your own definition?

Success is an answer to the hard work and perseverance that we give to perform a task at hand. It is to remind ourselves once again that we too have the power within. As Ralph Waldo Emerson said, “To be yourself in a world that is constantly trying to make you something else is the greatest accomplishment.”

“In past years we’ve only passed along one price increase to our customers. That’s not because our costs have decreased–quite the contrary. We’ve been able to maintain our prices because we’ve gotten better at what we do. Our team, at every level has their ears to the ground looking for problems to solve. “Every new employee needs to do that too.” With our new bio degradeable packaging which will also be supporting the environment & we source direct from the farmers and there is no middlemen in between.

In your opinion what is the most significant aspect of leadership?

A leader should know how to connect with the people around. Most of the time, leaders spend all their time in listening to each other instead of listening to people who will tell them exactly what needs to be done. Leaders fail because of lack of interpersonal skills like listening. They fail to listen to front-line people who are the face of the company, they know what their customers want and what competitors are doing to take the business. So, give your front-line an active opportunity to move forward and stay in touch with them to ensure everyone’s voice is heard

Your perception of an empowered society. How far your industry has/can contribute?

One of our strengths is our knowledge and experience within the industry. We have over 90 years of experience working in this field and have seen first hand how the challenges and opportunities have evolved over the years. In addition to our experience, we’ve also attended numerous industry conferences and have built connections with colleagues at various companies, which we are confident will help us in our role. We are also a regular participant in mostly every prestigious Exhibition, event, program that relates to the FMCG industry.

The moderation of unhealthy foods and bad lifestyle habits.

One thing you have to let go off as an entrepreneur/leader?

Doubting my own worth at times, procrastination & unnecessary spending.

Who do you owe your success to?

My consistent support system, My family.

Best thing about your job?

We all as a company shares the same vision and are dedicated to our mission.

A message from you to all the future entrepreneurs/leaders?

I believe and always embibe with me.

“ All our dreams can come true if we have the courage to pursue them.”