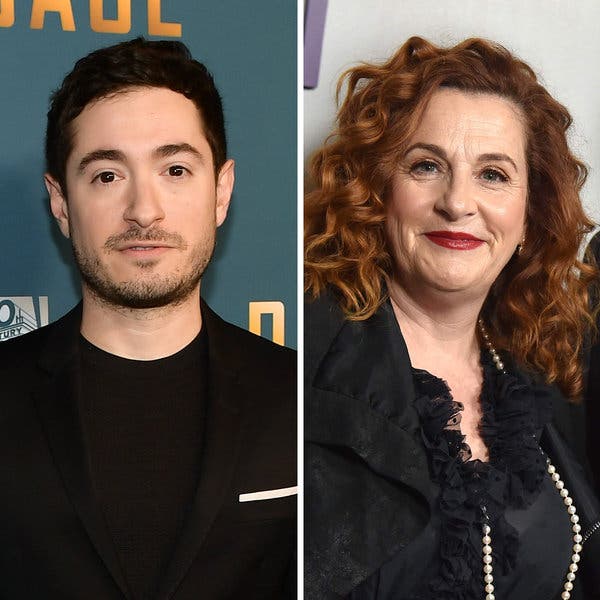 The two unions representing television and movie writers took a firm stance in April, when they instructed their members to fire their agents and sued the four biggest talent agencies in Hollywood.

Now a faction of writers who belong to the Writers Guild of America West and the Writers Guild of America East are beginning to go public with criticisms of the unions’ tactics. They are also pushing to challenge union leaders in an election scheduled for September, with candidates who say the fight between the writers and the agencies has not accomplished its objectives.

“The cause remains a good one,” said Jason Fuchs, a co-writer of “Wonder Woman” and “Ice Age: Continental Drift,” who is running for a board seat. “The conflicted practices of the agencies 100 percent need to be addressed. But the strategy is failing. The problem hasn’t gone away.”

Several other Writers Guild members said they were also planning to run for board seats for both the East Coast and West Coast branches. One longtime union member, William Schmidt, has announced that he will run against David Goodman, the president of the Writers Guild West.

Other union members said that more candidates could emerge for the top union jobs in the coming days. July 23 is the deadline to run for a post at Writers Guild West, the bigger of the two branches.

Until now, Writers Guild members have largely presented a united front, reluctant to go public with any doubts concerning the efforts to make significant changes in the structure of the entertainment business.

“I’m deeply committed to seeing the way agencies do business change,” said Craig Mazin, the creator and writer of the HBO limited series “Chernobyl.” “I just don’t think the way we’re going about it is going to get us there. And that’s why I’m running for the board. Not to capitulate to the agencies. But to win. Right now, we’ve won nothing. All we’ve won is the dubious right to be shut out from the four most powerful agencies in our business.”

In what has amounted to a Hollywood standoff, more than 7,000 writers cut ties in April with agents working for agencies that did not sign a revised code of conduct meant to replace the franchise agreement that had long governed the relationship between writers and agents. None of the big four agencies — William Morris Endeavor, Creative Artists Agency, United Talent Agency and ICM Partners — agreed to the new code.

Union leaders argued that the agencies were violating their legally bound fiduciary duty by placing their own interests ahead of writers. They pointed to how writers’ wages have gone down in recent years, even though there is more entertainment content than ever, thanks to the rise of Netflix and other streaming companies.

A central issue in the dispute between writers and agents is a decades-old business practice called packaging. In a typical packaging deal, agents assemble a group from their client rosters — for instance, a writer, a director and a star — in exchange for money paid to them by the studios. In accepting these so-called packaging fees from the studios, the agents forgo the usual 10 percent commissions paid by individual clients.

The Writers Guild has argued that packaging deals allow agents to take advantage of their access to talent and enrich themselves at the expense of their writer clients.

After union members fired their agents en masse three months ago, the Writers Guild escalated the fight against the four major agencies by suing them over packaging fees.

In recent weeks, William Morris Endeavor and United Talent Agency replied by filing suit against the unions, arguing that the directive instructing members to sever ties with their agents was in violation of antitrust laws.

The major agencies have given no indication they are inclined to eliminate packaging. But they have signaled a willingness to discuss a revised revenue-sharing arrangement. Last month, the agencies offered to share with writers 2 percent of back-end profits from successful TV shows built on packaging deals.

Mr. Goodman, the Writers Guild West president, responded to that offer by saying that any revenue-sharing deal was “off the table.” That effectively killed off talks, leading to a breaking point for some union members.

Mr. Fuchs, the “Wonder Woman” co-writer, said, “The decision to take revenue-sharing off the table left me more confused about what the endgame looked like for us.”

“I oppose the failure of negotiation,” said the writer Ayelet Waldman, who said she was also running for a Writers Guild West board seat. “I want a return to the room.”

A novelist and essayist, Ms. Waldman said that, at 54 years old, she was new to writing for television and feared her prospects would be limited if she had to navigate Hollywood without an agent. The industry, she said, “idolizes youth.”

“I don’t have three years, and that’s how long I anticipate we’ll be waiting, if the courts decide,” she said. “In three years, I’ll have no career. I’ll be finished.”

Mr. Mazin, the “Chernobyl” creator, also cited Mr. Goodman’s statement on refusing to negotiate on revenue-sharing as a reason for his decision to run for a board seat. A writer of “Identity Thief” and “The Hangover: Part II,” Mr. Mazin received a share of fame when he tweeted about his Princeton roommate Ted Cruz during the 2016 presidential campaign. He recently expressed his misgivings with union leaders on the podcast he co-hosts, “Scriptnotes.”

“I’m still enthusiastic that this is a worthy war,” he said. “But I think we haven’t started fighting. All we’ve done is pull our pieces off the board.”

Some writers critical of union tactics have said they had been wary of going public with their criticisms earlier, deciding instead to voice their grievances privately.

“It saddens and frustrates me that I’m feeling more and more that dissent feels like betrayal,” said Matthew Sand, a screenwriter of “Deepwater Horizon.”

With the filing deadline for union candidates drawing near, some writers are overcoming their earlier reluctance.

“Whatever the outcome of this election, the debate and conversations that’ll spring out of this process will be incredibly healthy for the guild,” Mr. Fuchs said.

Those who have spoken publicly about their doubts conceded that they are not sure know how many of their fellow members feel the way they do.