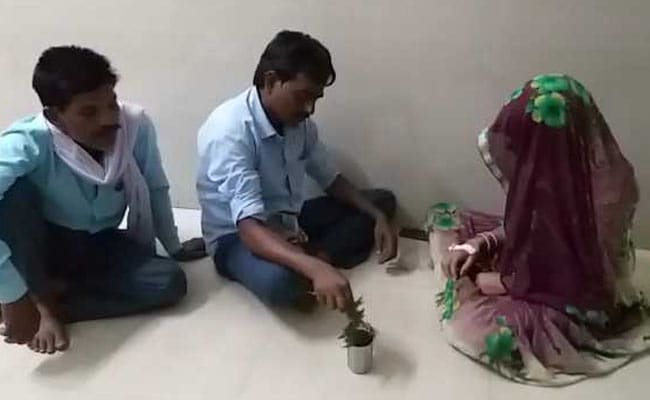 A 25-year-old woman who was being treated for a snake bite at a hospital in Madhya Pradesh’s Damoh on Sunday was allegedly made to undergo superstitious rituals by her family inside the ward. A CCTV video of the incident has gone viral, causing a furore in the state.

A nurse saw the incident taking place on the hospital premises but did nothing to stop it, hospital authorities have said.

Imarti Devi, a resident of Batiyagarh in Damoh district, was admitted to the women’s ward of the government hospital for treatment of snake bite. Her relatives called an exorcist in the hospital the same night. She was allegedly stripped and humiliated outside the men’s ward in the name of rituals.

Hospital authorities have claimed that security guards and the doctor on duty at the time didn’t know about the incident, but a nurse saw it and failed to intervene.

“Primary probe has revealed that neither the security guard nor the on-duty doctor got to know about the incident. But the incident had come to the notice of the on-duty nurse, who didn’t inform about it to the guard or doctor. We’re issuing notice to the concerned nurse in the matter,” Civil Surgeon Mamta Timori said.

The doctor who was on duty at the time said he was examining patients in other wards when the incident took place. He said such incidents keep happening despite counselling of patients and their family members.

The hospital is equipped with CCTV cameras but none of the security personnel apparently took note of the incident.

Your password reset link appears to be invalid or expired.

To use social login you have to agree with the storage and handling of your data by this website.