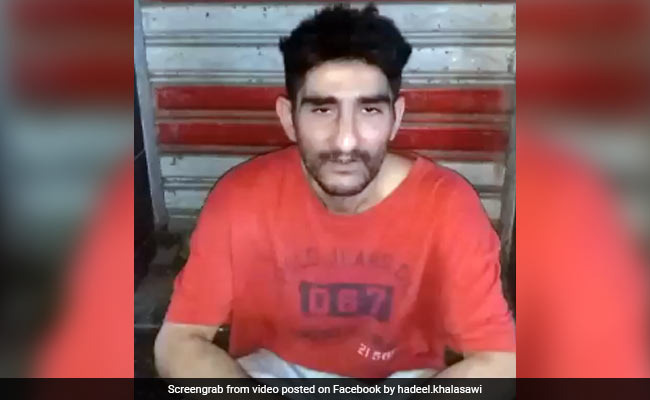 Jimmy Aldaoud crouched on a sidewalk, miserable, hungry and short on insulin. The 41-year-old with diabetes and severe mental illness had spent nearly his whole life in Detroit until just over two months ago, when Immigration and Customs Enforcement deported him to Iraq – a country he’d never set foot in.

This week, Aldaoud died in Baghdad, his family and the American Civil Liberties Union told Politico, which first reported on his case. They believe his inability to obtain insulin was the cause of death.

Aldaoud’s supporters say he never should have been sent to a country short on health care and racked with civil unrest, especially as he’s a member of the Chaldean Catholic community, which has faced violent persecution since the 2003 U.S. invasion of Iraq.

“This is a total failure of the whole immigration system,” Edward Bajoka, a Detroit immigration attorney and friend of Aldaoud’s family, told The Washington Post. “This guy should have been protected somewhere along the way.”

Immigration officials, though, say Aldaoud is a criminal who violated court orders. ICE officials in Detroit, in a statement to The Post, say had 20 criminal convictions between 1998-2017, including several violent charges, and that he cut off a GPS device he was supposed to wear while on release from immigration custody.

“(His) immigration case underwent an exhaustive judicial review before the courts affirmed he had no legal basis to remain in the U.S.,” ICE’s Detroit office said in a statement, adding that he was sent back to Iraq with a “full complement of medicine.”

His death comes as the Trump administration ramps up immigration enforcement, a move highlighted on Wednesday as hundreds were arrested in a massive raid. While most of the national argument has focused on undocumented immigrants from Mexico and Central America, Aldaoud’s case shows the plight of hundreds of Iraqi Christians who could soon face a forced return to the dangerous nation.

“Jimmy Aldaoud . . . should have never been sent to Iraq,” Rep. Andy Levin, D-Mich., told Politico. “My Republican colleagues and I have repeatedly called on the executive branch to cease deportation of such vulnerable people. Now, someone has died.”

The White House did not responded to a message about Aldaoud’s case.

Aldaoud’s family belongs to the Chaldean Catholic Church, one of the most ancient branches of Christianity. More than 1 million Chaldeans lived in Iraq before the 2003 U.S. invasion, but only a fraction remain today after years of emigration and violence at the hands of militants and the Islamic State.

Aldaoud was born in Greece after his family fled Iraq. Unlike the U.S., Greece doesn’t recognize birthright citizenship, so Aldaoud was still considered an Iraqi citizen, even though he’d never been there. The family moved to the U.S. in 1979, ICE officials said, settling in Michigan, where a sizable Chaldean community lives.

Aldaoud faced serious health problems, Bajoka said. In addition to diabetes, he was diagnosed with paranoid schizophrenia and struggled to live a normal life. His run-ins with the law were primarily due to his mental illness, said Bajoka, who never represented Aldaoud in court. In 2012, Aldaoud, described as homeless in local media reports, broke into a garage and stole power tools. He served 17 months on that home invasion conviction, Politico reported, and had a separate conviction for disorderly conduct.

ICE officials, though, describe an “extensive criminal history” for Aldaoud, including convictions for assault with a dangerous weapon, assault and/or battery and domestic violence, though it’s unclear when or where these convictions occurred.

He wasn’t a U.S. citizen, so those criminal convictions made him eligible to be deported. For decades, Iraq had refused to accept deportations from the United States – but that all changed in June 2017. As part of a deal to escape President Trump’s travel ban against a host of majority-Muslim nations, Reuters reported, Iraq agreed to accept deportees. More than 100 Iraqis with criminal records were arrested that month by ICE, mostly in Detroit.

Aldaoud was among those picked up and eventually taken to a federal detention center in Youngstown, Ohio, according to federal court records.

The ACLU quickly sued on behalf of more than 1,400 Iraqis with criminal records who could be affected by the move, arguing that the immigrants – many of whom, like Aldaoud, had been in the U.S. for decades – would face “persecution, torture or death” in Iraq due to their faith. A judge granted a preliminary injunction a month later, halting the cases, but in December 2018, a panel from the U.S. Court of Appeals for the 6th Circuit overturned that ruling. When the full appeals court validated that finding in April, it cleared the way for deportations.

Levin introduced a bill in May, along with Rep. John Moolenaar, R-Mich., that would give the Iraqis another two-year window before deportations could start, but it has yet to pass the House.

Aldaoud was released on Dec. 18, 2018, ICE said, and quickly ditched his GPS monitoring device. He was arrested for investigation of larceny in April, ICE said, and deported on June 2. In his Facebook video, the Detroit resident said he wasn’t given any choice.

“I begged them. I said, ‘Please, I’ve never seen that country. I’ve never been there,'” he said. “However, they forced me.”

Even worse, Bajoka said, he ended up in Najaf, a holy city for Shiite Muslims. “That’s a very dangerous place for him to be as a Chaldean,” Bajoka said. “There’s a lot of evidence of violence toward that minority group by Shiite militias. There’s zero Christian population there.”

With the help of the ACLU and nongovernmental agencies in Iraq, Aldaoud’s family was able to get him to Baghdad, where a small Chaldean community remains, and eventually helped him get a place to stay, Bajoka said. But finding the medical treatment he needed was virtually impossible, he said.

“You have basically no health care system in Iraq. There’s nothing,” Bajoka said. “He couldn’t get insulin.”

On Tuesday, Bajoka said, Aldaoud’s family learned that a neighbor had found him dead.

The attorney, who represents 25 other Iraqis fighting deportation orders, said he hopes Aldaoud’s story forces a national realization that the push for more deportations doesn’t make sense. Just three years ago, Bajoka noted, then-Secretary of State John F. Kerry declared that the Islamic State had committed genocide in Iraq against Christians and other minority groups.

“It’s unfathomable that we’d send people whose relatives and countrymen were just two or three years ago victims of this genocide back to this place where they’re still at risk,” the attorney said.

Many of the 1,400-plus Iraqis at risk of deportation have relatively minor convictions, he said. One woman was reportedly convicted of selling cigarettes without a license.

“We need more stories like this out there because we need to push immigration reform that’s common sense,” Bajoka said. “I think there are very few people in this country, despite his criminal conviction, who think that Jimmy should have been sent back to Iraq. But our laws and our system are broken, and it needs to change.”