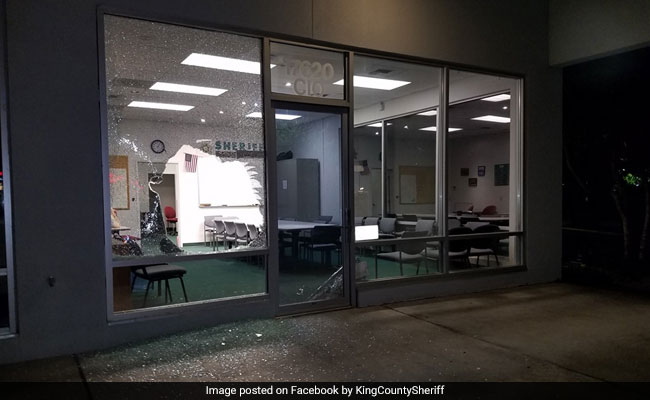 There have been many ingenious prison escapes over the years, but a would-be convict has contrived to get himself into jail — by breaking into a police station near Seattle with a box of donuts.

According to the King County Sheriff’s Office, the 26-year-old man took advantage of the cover of darkness last week to smash the Fairwood Police Station’s window and clamber inside to wait for the sheriff’s men.

He was discovered with his feet up on a chair, watching television and finishing a cigar.

When questioned about his actions, he said he would “rather go to jail” for breaking into the building than “kill his roommate.”

It was not clear what issue with his roommate would have led him to that course of action.

But fearing that the police officers would be angry with him for the break-in, the suspect had brought along a “peace offering”: a fresh box of donuts.

He was granted his wish and booked into the county jail.