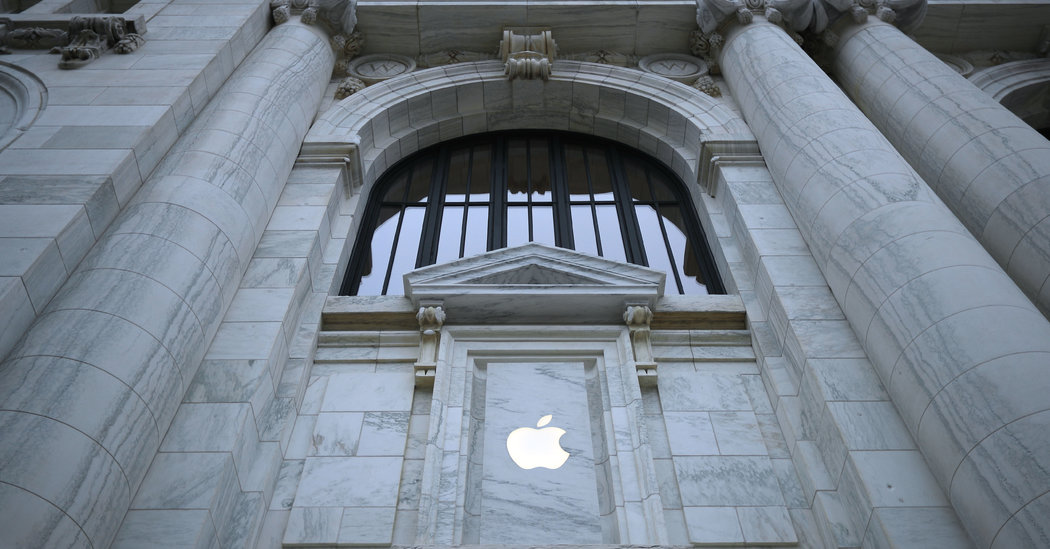 WASHINGTON — The Trump administration said on Wednesday that it would investigate whether a French plan to impose a tax on American technology giants like Facebook and Google amounts to an unfair trade practice that could be punished with retaliatory tariffs, escalating its global trade fight.

The investigation, to be carried out by the United States trade representative, is the latest attempt by the Trump administration to shelter American companies, particularly in tech, by taking a more aggressive stance toward allies’ trading practices.

It is likely to further stoke tensions with the European Union, which President Trump has already threatened with auto tariffs and criticized for selling more goods to the United States than it purchases. Mr. Trump has repeatedly said the European Union is worse than China when it comes to trade practices and has lashed out at its top antitrust regulator, Margrethe Vestager, saying she has unfairly targeted Google, Apple and other American companies.

The American action announced on Wednesday is aimed at France, which has moved independently from the European Union to seek a tax on technology companies.

France has proposed a 3 percent tax on the revenues some companies earn from providing digital services to French users, a measure that will target Facebook, Google, Amazon and others whose businesses focus on digital advertising and e-commerce.

French officials expect the annual tax bill for these companies to amount to about 500 million euros, or about $563 million. French lawmakers are scheduled to vote as early as Thursday on the measure, which applies to digital businesses with annual global revenue of more than 750 million euros. France’s General Assembly passed the bill last week, and now it is in the Senate’s hands.

France and other European countries have long been frustrated that digital platforms like Google, Facebook and Amazon use financial structures and subsidiaries in low-tax areas to avoid paying taxes in their countries.

“It’s time for these companies to pay the taxes that they owe,” Bruno Le Maire, the French finance minister, said in December.

French leaders have said the new tax would target companies in Europe and Asia, not just the United States.

European authorities have been the world’s most aggressive regulators of the tech industry — and a persistent source of friction with Washington — penalizing American companies for anticompetitive behavior, tax avoidance and privacy lapses. In 2016, the European Commission ordered Apple to repay $14.5 billion in owed taxes to Ireland, a decision now under appeal, and Google has been fined three separate times for antitrust violations. Last month, Mr. Trump lashed out at Ms. Vestager, saying she unfairly targets American companies. “She’s suing all our companies,” he said on Fox Business Network. “They make it very — almost impossible to do two-way business.”

The European Union has tried to put together a more unified digital tax plan covering the 28-nation bloc, but leaders could not reach an agreement, prompting France to act on its own. Leaders in Spain and Britain have proposed similar measures.

The Organization for Economic Cooperation and Development has also tried to work out a deal among countries about taxes from digital companies, but the slow pace of the talks has frustrated European nations.

In a statement, the United States trade representative said that the French tax targeted services “where U.S. firms are global leaders,” suggesting that “France is unfairly targeting the tax at certain U.S.-based technology companies.”

The tax treats companies that pay French corporate income tax differently than those that do not, meaning that it falls more heavily on foreign companies, according to an analysis by the Tax Foundation, which found that the tax works much like a tariff on foreign goods.

“The design of this new tax suggests it was tailored specifically to impose a financial burden on successful U.S. companies,” said Jake Colvin, the vice president for global trade and innovation at the National Foreign Trade Council, which represents American exporters.

The investigation will be carried out under Section 301 of the Trade Act of 1974, a legal provision that gives the president broad authority to retaliate against trading partners. It is the same mechanism Mr. Trump has used to impose sweeping tariffs on China, as well as propose countermeasures against the European Union for allegedly subsidizing Airbus, the French aircraft manufacturer.

The measure will open yet another front in a global trade fight that the Trump administration says it has undertaken to level the playing field with both allies and adversaries. In his dealings with China, the European Union, Mexico, Canada, Japan and other countries, Mr. Trump has repeatedly turned to tariffs, viewing them as the best way to push trading partners to change their practices.

Robert Lighthizer, the Trump administration’s top trade negotiator, said in a statement that the United States was “very concerned that the digital services tax which is expected to pass the French Senate tomorrow unfairly targets American companies.”

“The president has directed that we investigate the effects of this legislation and determine whether it is discriminatory or unreasonable and burdens or restricts United States commerce,” Mr. Lighthizer said.

Major American tech companies, which opposed the French tech tax, cheered the investigation. Jordan Haas, the director of trade policy for the Internet Association, which represents the American industry, said the inquiry was “an important step in exercising American leadership to stem the tide of new discriminatory taxes across Europe.”

Lawmakers in the United States have also been critical of France’s push to tax tech companies.

“The digital services tax that France and other European countries are pursuing is clearly protectionist and unfairly targets American companies in a way that will cost U.S. jobs and harm American workers,” Senators Charles E. Grassley, Republican of Iowa, and Ron Wyden, Democrat of Oregon, said in a joint statement.

“We have urged the administration to consider all available tools to address this discriminatory action and applaud the U.S. trade representative for launching an investigation,” the senators said.