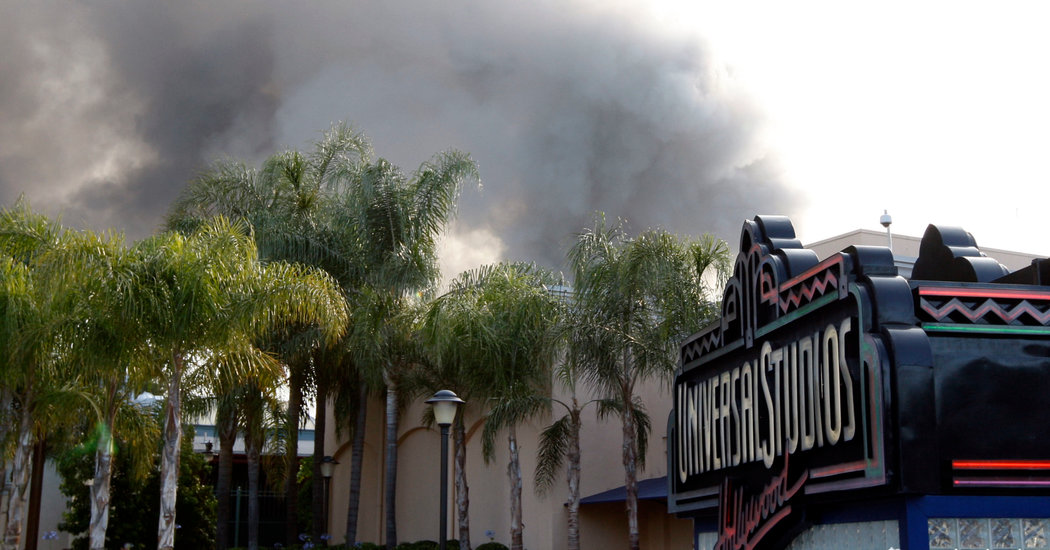 A group of high-profile pop musicians and estates sued the Universal Music Group on Friday over a 2008 fire that destroyed thousands of archived recordings but, according to the lawsuit, was never disclosed to the artists.

The suit was filed in Los Angeles by the rock bands Soundgarden and Hole, the singer-songwriter Steve Earle and the estates of Tom Petty and Tupac Shakur. It is the first legal fallout from a New York Times Magazine investigation that found that the fire, at a back-lot warehouse at Universal Studios Hollywood, had destroyed over 100,000 audio recordings that contained as many as 500,000 songs.

According to the article, published this month, the lost assets included many master tapes — the original recordings from which albums and singles are made — by some of the most famous names in music history, from Ray Charles, Chuck Berry and Elton John to the Police, Nirvana and the Roots.

The suit accuses Universal, the biggest record company in the world, of breaching its contracts with artists by failing to properly protect the tapes. It also argues that Universal had a duty to share any income received as settlements from the fire, including an insurance payment and a legal settlement from NBCUniversal, the parent company of Universal Studios at the time. The claim seeks damages in excess of $100 million.

“UMG concealed its massive recovery from plaintiffs,” the suit says, “apparently hoping it could keep it all to itself by burying the truth in sealed court filings and a confidential settlement agreement.”

The suit, filed in Federal District Court, seeks class-action status. Lawyers and representatives of other acts said in interviews that they had spent much of the past week trying to ascertain whether any of their material was lost in the fire, and weighing joining the class action or filing their own suits.

In responses to the Times investigation, Universal has disputed the severity of the losses and said the article had “numerous inaccuracies, misleading statements, contradictions and fundamental misunderstandings of the scope of the incident and affected assets.”

Lucian Grainge, Universal’s chairman and chief executive since 2011, has said that “we owe our artists transparency” about the fire.

Universal is owned by Vivendi, the French media conglomerate, which has been looking to sell up to 50 percent of the record company; estimates of Universal’s value have gone as high as $33 billion. This week, Arnaud de Puyfontaine, Vivendi’s chief executive, dismissed concerns about the fire as “just noise.”