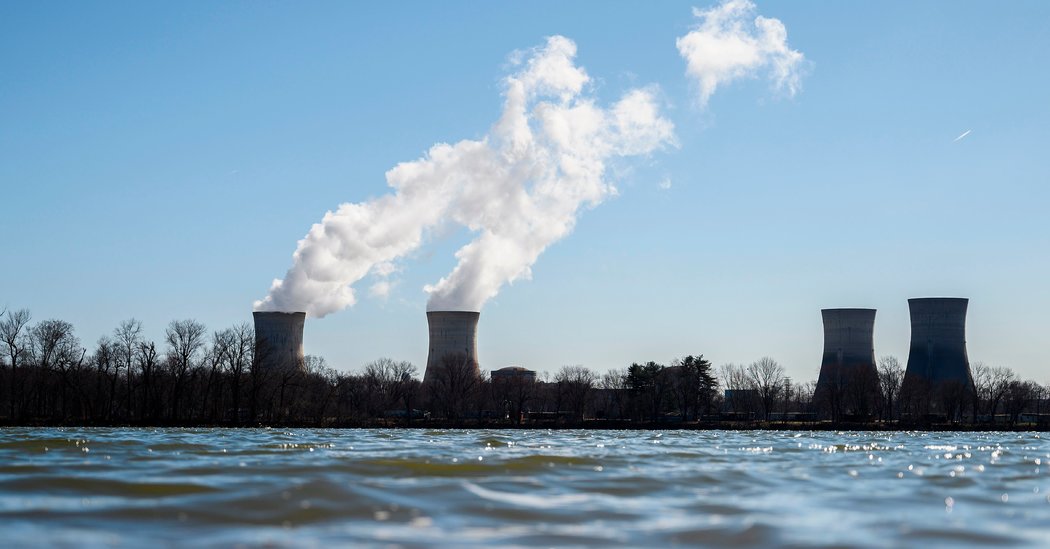 WASHINGTON — President Trump said he would not impose quotas on imports of uranium, backing away from one of many trade confrontations the administration has threatened as it tries to protect American industry.

After several months of deliberation, the commerce secretary determined that the high volume of uranium imports do pose a threat to national security. Mr. Trump rejected that finding.

The potential for trade barriers on foreign uranium stemmed from an investigation into whether imported uranium ore and related products, which are essential components for the United States’ nuclear arsenal, submarines, aircraft carriers and power plants, were a security threat.

Mr. Trump’s decision means that the United States will not impose the quotas that the domestic uranium industry had requested, which would have limited imports to guarantee that American miners supply one-quarter of the uranium used domestically. Instead, the president said he would establish a working group to develop recommendations in the next 90 days for reviving and expanding domestic nuclear fuel production.

The announcement was a rare instance in which the Trump administration chose not to exercise the full extent of its powers to give American companies a trade advantage over foreign competitors.

The Trump administration has used similar national security-related investigations to levy tariffs on foreign steel and aluminum, and it has threatened to do the same with imported automobiles and auto parts. Foreign leaders from Canada, Mexico, Europe and elsewhere have bristled at being branded a national security threat and imposed retaliatory tariffs on American products in return.

Unlike the investigations in foreign metals and cars, which the Trump administration initiated on its own, two American uranium mining companies, Ur-Energy and Energy Fuels, had requested the inquiry into uranium. Both businesses claimed that subsidized foreign products had flooded the American market, putting them at a competitive disadvantage, forcing them to cut jobs and putting the domestic supply of uranium at risk.

But in seeking protection, Ur-Energy and Energy Fuels found themselves at odds with American nuclear power plants and the utilities that depend on that power, which would face higher material prices and operating costs if quotas were put into place. Nuclear plants generate about one-fifth of the country’s electricity, but they are rapidly losing market share to cheaper electricity from shale gas and wind turbines.

The United States is the world’s largest consumer of uranium. But it imported 93 percent of the uranium it used in 2017, with the vast majority coming from Australia, Canada, Kazakhstan and Russia. In its report, the Commerce Department said that imports had risen from satisfying 85.8 percent of the domestic market in 2009 as a result of increased production by foreign state-owned enterprises that distorted global prices and made it difficult for American miners to compete.

“We are down to where we are effectively producing nothing when it comes to newly mined uranium,” said Mark Chalmers, the president of Energy Fuels. “That should shock people.”

“We’re basically chucking our car keys at the Chinese and the Russians and saying go ahead and produce our uranium for us,” he said.

Energy Fuels and Ur-Energy say they have had to cut their work force because of falling global prices. They claim that Russia and Kazakhstan have heavily subsidized their production, and China has been buying up uranium mines around the world, threatening the supply of uranium from the United States and close allies like Canada and Australia.

But those who criticized the petition — including foreign uranium miners and domestic utilities — viewed the request as a transparent grab for protection of a struggling domestic industry. They say mining uranium has not been economical in the United States for a decade, and note that the country maintains a strategic reserve of uranium that can supply the military for many years.

The Ad Hoc Utilities Group, which runs a majority of the nuclear generators in the United States, said in comments submitted to the Trump administration last September that restricting imports would endanger the viability of nuclear plants and the entire industry. The quota that the petitioners had requested would effectively tax nuclear generators by $500 million to $800 million a year, the utilities group said, risking thousands of jobs in the industry.

“Maintaining nuclear plants is a cornerstone of the present administration’s policy,” the utilities company said. “However, this investigation’s potential impact on restricting nuclear fuel imports would do just the opposite.”