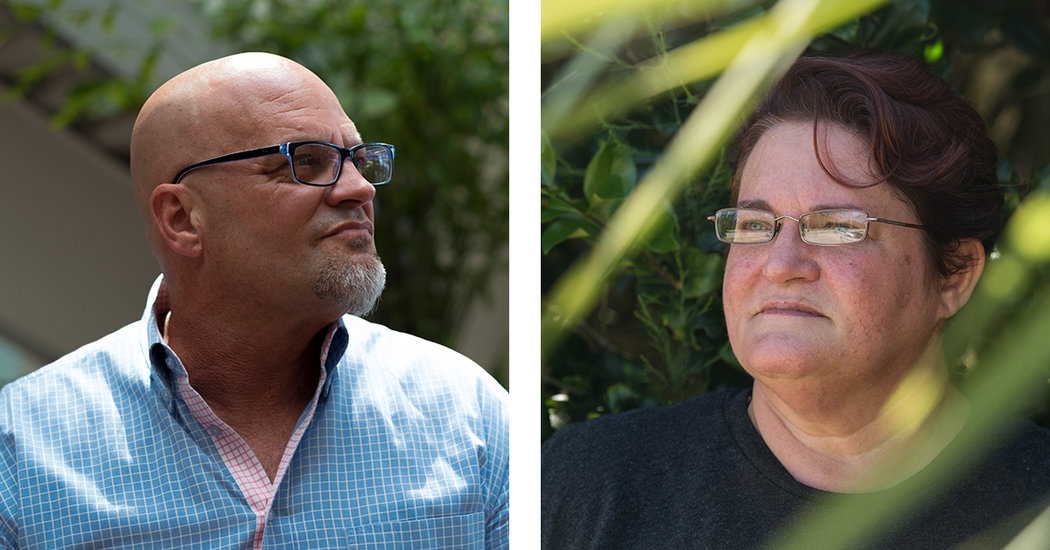 As President Trump weighs a possible resolution to his trade conflict with China, one factor may be pushing him toward a deal: His trade policies are broadly unpopular with American voters.

Large majorities of Democrats and independents say the tariffs Mr. Trump has imposed on Chinese goods — and the retaliatory tariffs that China has imposed on American products — will be bad for the United States, according to a survey this month for The New York Times by the online research platform SurveyMonkey.

Republicans still mostly support Mr. Trump’s trade policies, but there are cracks showing even there. A majority of Republicans said they expected tariffs to lead to higher prices for American consumers. Only among the president’s strongest supporters do a plurality believe his policies will bring back manufacturing jobs without raising prices, as Mr. Trump has claimed.

Over all, 53 percent of Americans say the China tariffs will be bad for the United States, compared with 43 percent who say the tariffs will be a good thing. Other surveys have found similar results.

If Mr. Trump is concerned by such results, he isn’t showing it. In an interview with Fox Business Network on Wednesday, he played down the importance of reaching a deal with China at this week’s Group of 20 summit in Osaka, Japan. “I’m very happy either way,” he said.

Jennifer Frandsen considers herself a political independent and has voted for candidates from both major parties. But she has little doubt that the trade war has hurt her personally. She recently lost her job in sales when Walmart cut back its contract with her employer, a move she attributes at least partly to the trade war. The retail giant said last month that it would raise some prices in response to the tariffs.

“We ultimately end up paying more because companies don’t eat that cost, they end up passing that cost on to the customer,” said Ms. Frandsen, a 50-year-old resident of Palm Bay, Fla.

More About Public Opinion and Trade
U.S. and China Angle for Trade Truce, but Both Insist the Other Will Back Down

It isn’t clear how much Mr. Trump’s trade policies will matter in next year’s election. Trade hasn’t historically been decisive in presidential races, and it ranks low among the issues that voters are focused on. It is also difficult for Democrats to capitalize on the issue because several of their leading presidential candidates, including Senators Elizabeth Warren and Bernie Sanders, are also skeptical about trade agreements. The issue barely came up at the first Democratic presidential debates on Wednesday and Thursday evenings.

That could change, Mr. Doherty said, if the trade war starts to damage the broader American economy, costing more people like Ms. Frandsen their jobs. There isn’t much evidence of that so far — economic growth was solid in the first three months of the year, and the unemployment rate is at a nearly 50-year low. But growth has been slowing, and businesses are increasingly warning that tariffs are taking a toll.

“A lot of it depends on events and what happens over the next six months,” Mr. Doherty said.

There are signs that Americans are starting to pay more attention. More than two-thirds of those polled — and more than half of Republicans — said they believed that Mr. Trump’s trade policies would cause prices to rise. That is a break from past surveys, in which fewer people drew a link between tariffs and prices, said Alexandra Guisinger, a Temple University political scientist who wrote a book about public opinion on trade. She said the shift could reflect increased media coverage of trade and efforts by business groups and others to influence sentiment.

Republicans by and large see those higher prices as worth the sacrifice. Seventy-five percent of Republicans say companies will bring jobs back to the United States as a result of Mr. Trump’s trade policies — economists are skeptical — and 83 percent say other countries often take unfair advantage of the United States.

David Markley, a moderate Republican in Alexandria, Va., said he believed economists when they said tariffs would raise prices, and he said the trade war would probably hurt the United States economy. But he said China had stolen American intellectual property and broken international trade rules, and he said some form of retaliation was overdue.

“Maybe they’re not good in the short term, but what are we going to do long term about what China’s doing to us?” Mr. Markley said. “Sometimes you have to take a short-term hit in order to make a long-term difference.”

Mr. Markley, a financial adviser, said he wasn’t sure whether the tariffs were the right response, but added, “Something needed to be done.”

Trade didn’t used to be a partisan issue. Before Mr. Trump made it central to his 2016 campaign, surveys showed little difference between Democrats and Republicans on trade policy. Now, as with many other issues, there is a big split.

But Ms. Guisinger said views on trade might not be as tightly locked into a partisan framework as some other issues. Longstanding Republicans are unlikely to break with the president, she said. But more recent converts, such as people who voted for former President Barack Obama and then backed Mr. Trump in 2016, might be more vulnerable, particularly if the economy weakens.

“Some of them were conservative Democrats who saw in Trump a promise of their jobs’ being saved,” she said. “That group we might see more likely to turn against the president if they decide these policies have not worked out.”

Jenny Powell grew up in a Republican household in Ohio but voted for Mr. Obama in 2012. She voted for Mr. Trump in 2016 because her family was struggling financially and she “thought that he would be a good businessman to take care of this country.”

But Ms. Powell, 56, said that things hadn’t improved since Mr. Trump took office, and that she didn’t like the way he talked about immigrants. The trade war isn’t a huge issue for her, she said, but she worries about rising prices, and she doesn’t understand Mr. Trump’s rationale for his policies.

“Is he doing it from a business perspective, or is he trying to punish?” she said. “I guess I just don’t understand the full meaning of the tariffs.”

Ms. Powell, who works in marketing for a travel company and now lives outside Atlanta, said she was open to voting for a Democrat next year.

“I put him there, so I can’t really complain,” she said. “It just feels like we’re on the verge of collapse.”

About the survey: The data in this article came from an online survey of 2,579 adults conducted by the polling firm SurveyMonkey from June 3 to June 9. The company selected respondents at random from the nearly three million people who take surveys on its platform each day. Responses were weighted to match the demographic profile of the population of the United States. The survey has a modeled error estimate (similar to a margin of error in a standard telephone poll) of plus or minus three percentage points, so differences of less than that amount are statistically insignificant.