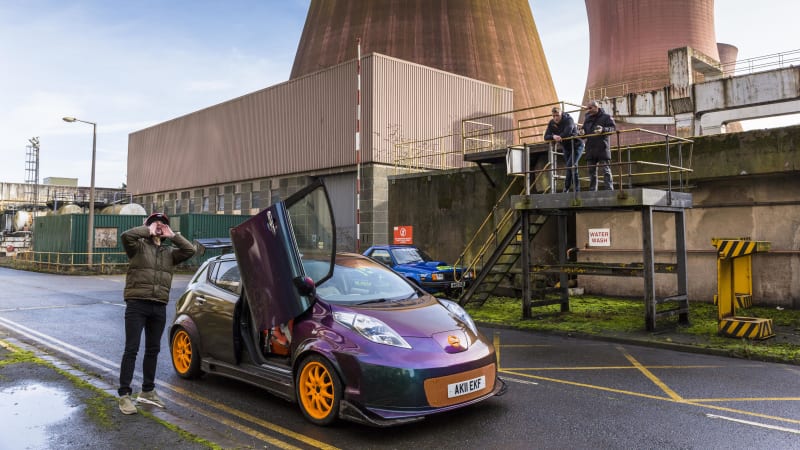 “Top Gear” season 27 is officially off and running. We came away from the first episode last week with some positive thoughts, so we were looking forward to seeing if episode two could keep it all moving forward.

The topic this week was electric cars. Everything from the shocking challenges (including actual electrocution) to the new car review was electric, which was rather fun to see. Chris Harris, Freddie Flintoff and Paddy McGuinness all acquired/built an EV to a price, then proceeded to test them in the typical “Top Gear” challenge way. If history is anything to go by, Clarkson, Hammond and May would’ve put together a very different show and format for EVs, but the new trio seem to have quite a positive outlook on our electric future.

That positivity was especially reflected in Chris Harris’ new car review of the Tesla Model 3 Performance. Top Gear gave the car a fair chance like any other car, and the Model 3 came out looking like a fantastic driver. Petrolheads will love seeing the drag race portion of the show, where the Model 3 is lined up against its gasoline rivals for a half-mile race. Chris Harris ended up rather smitten with the Model 3, and tweeted later that he’s going to buy one for personal use.

We learned that even though it wasn’t included in the season premiere, “Top Gear” isn’t giving up on the celebrity section of the show. There was a celebrity challenge with Danny Boyle and Himesh Patel that fell flat on its face. Then, the laps around the “Top Gear” test track by the two guests were rather boring to watch compared to the rest of the show, as well. Skip it, unless you’re huge Boyle and Patel fans.

The electric vehicles that the hosts built were rather creative, if not weird, with top marks having to go to Freddie’s electric Subaru Brat done up in the traditional blue and gold rally livery. He even kept the gas engine up front to make sure he could cheat in any sort of range challenge, a true “Top Gear” move.

Episode three is set to air next Sunday, so you’ll only have to wait a week for your next dose of the motoring show.