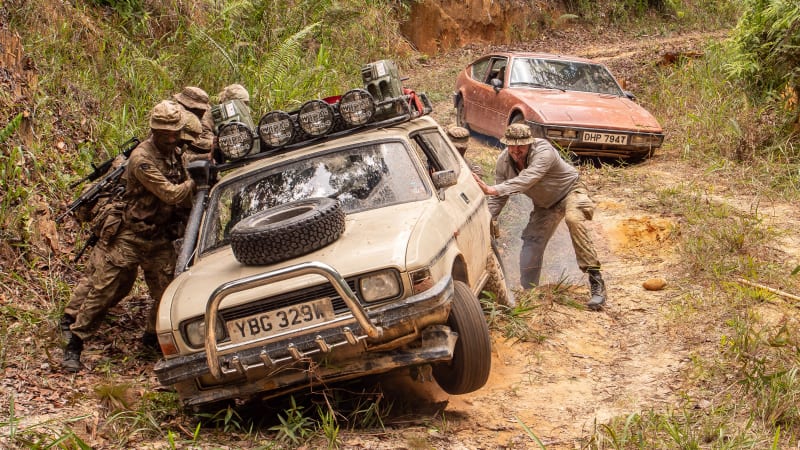 Episode four of “Top Gear” season 27 is officially in the books, and if you like Freddie and Paddy, you probably enjoyed this one. The two went on a hell of an adventure through Borneo, but didn’t bring Chris Harris along for the ride.

Maybe we were just getting accustomed to the three of them hanging out together, but the trip felt like it was missing something without Chris. Regardless, the feature film of this episode revolved around Freddie and Paddy driving the cheapest, rarest cars they could find. They bought them in Europe, then drove all throughout the island of Borneo, eventually reaching Brunei. Freddie got himself an Austin Allegro Estate, while Paddy made do with a Matra Bagheera S. If you had to look those cars up, we don’t blame you. They’re both rather obscure models, so it’s safe to say they hit their mark on the rare requirement.

Back at home base in England, Chris says he was reviewing a Rolls-Royce Cullinan. Funnily enough, Rolls wouldn’t loan a Cullinan to “Top Gear” to test, so they had to go out and borrow one for the review. After listening to Chris’ thoughts on the SUV, it starts to become clear why Rolls may not have wanted the exposure. We won’t give it all away, but let’s just say that the ultra-luxury ute didn’t receive the most glowing of reviews.

Bob Mortimer was the celebrity guest, so there were plenty of laughs to be had in his segment. He wasn’t exactly fast in any of the car challenges, but the entertainment factor was certainly present with him cracking jokes.

Even though the Borneo trip wasn’t exactly the same without Chris, the other two managed quite well on their own. Freddie ate a live bug, and the mid-engine Matra made it to the end against all odds. Perhaps it’s a testament to the company’s history of weathering tough conditions — Matra did win Le Mans three times throughout its history after all.

At the very end of the episode, the boys made an admirable gesture by speaking out against the Sultan of Brunei’s horrific laws against homosexual relations. They said that the filming for the episode occurred before the Sultan announced the new laws, and if “Top Gear” had known these rules would be enacted beforehand, they wouldn’t have featured Borneo in their film. In response, Freddie and Paddy modified their Borneo rides with an epic paint job as a form of protesting the anti-gay laws. Good on ya, “Top Gear.”