The drink of summer 2019 complies with just about every diet, befits all age groups, can be found in grocery stores across the United States (as has been the case for decades) and won’t get you drunk — unless, of course, it will.

It’s water. More specifically sparkling water, an umbrella term that encompasses club soda and seltzer. This beverage category is attracting millions of dollars in venture capital investment and changing the drinking habits of a people known for colonizing the world with corn-syrup-laden soda and watered-down beer.

“Sparkling water is one of these categories that has exploded, that has been exploding,” like so many bubbles of carbon dioxide, said David Henkes, a senior principal at Technomic, which tracks restaurant and food service trends.

According to Technomic, Americans spent about $1.7 billion on sparkling water at restaurants in 2018, a modest amount compared with the $15 billion they forked over for carbonated soft drinks. But while sparkling water is seeing double-digit growth, by those estimates, traditional soda has grown by only 1 percent each year since 2016.

“You’re seeing a massive shift,” Mr. Henkes said. “Consumers are looking for refreshing alternatives that are ‘better for me,’ although what ‘better for me’ means is open to interpretation.”

Some studies have linked the consumption of flavored carbonated water to tooth problems like enamel erosion and sealant damage. The pH level of the drink appears to be the culprit, but those studies don’t seem to have tempered demand — or supply.

The American fixation with fizzy water dates back to the 18th century, when Joseph Priestley, an English-born chemist and theologian, happened on a way to infuse water with carbon dioxide by suspending a bowl of water above a vat of beer. Johann Jacob Schweppe, the founder of Schweppes, developed a method for manufacturing and bottling carbonated mineral water based on Priestley’s discovery, and the stuff came to be called soda water after the English chemist Richard Bewley noticed that adding sodium carbonate to water made it much more able to absorb carbon dioxide.

Modern carbonated water is made by injecting pressurized carbon dioxide into water, a phenomenon familiar to anyone who has toyed with a SodaStream.

By the 20th century, carbonated water had taken on many different names (members of the Silent Generation may recall ordering a “two cents plain”) and become associated with sobriety as an alternative to wine, beer and cocktails.

Now, with the rise of fruity, alcohol-infused seltzers, sparkling water has come full, gaseous circle. In the first six months of this year, Americans spent $389 million on hard seltzer, according to a Nielsen survey of supermarkets and other beverage retailers, an increase of 210 percent from 2018.

Alcohol abstinent or not, many Americans these days are preoccupied with the fuzzy notion of wellness, and that preoccupation may be bolstering the sparkling water business. “What’s really happening is that consumers today have a bias for all things natural,” said David Portalatin, a vice president and food consumption business analyst at NPD Group, a market research firm.

Last year, NPD surveyed more than 10,000 Americans about their drinking habits and found that we consumed sparkling water an average of 10 times per capita, which equates to about 3.3 billion servings. That’s four more servings per capita compared to 2013. “The primary reason behind it is the whole health and wellness movement,” Mr. Portalatin said. “What the consumer doesn’t want is anything artificial or synthetic.”

This could explain the success of Spindrift, one of a handful of sparkling water companies edging in on the former darling LaCroix, whose parent company, National Beverage Corporation, saw its stock price plummet last month after a former LaCroix executive sued on the grounds that the brand marketed its cans as BPA free before they actually were.

Spindrift’s founder, Bill Creelman, grew up on a farm in western Massachusetts, chopping firewood and helping out with the harvest.

“I was always interested in that style of sourcing, but fast forward to my mid-30s, I’ve got a bunch of kids in the house and I’m drinking diet soda,” he said. “I began to examine my own consumption habits.” He started blending limes, lemons and oranges into sparkling water, and wondered how he could do this type of thing at scale.

“We’re taking a different approach than has ever been taken in this beverage category — we’re using real ingredients,” he said, as opposed to “natural flavors” or “natural essences,” nebulous terms that have gotten competitors in trouble (another, earlier lawsuit for LaCroix).

Since its founding in 2010, Spindrift has raised more than $40 million from venture capitalists. It projects sales of $100 million over the next 12 months, up from $33 million in 2017.

“We always knew there was going to be another evolution of beverage: regular soda to diet soda, then diet soda to something else,” said Robin Tsai, a managing director at VMG Partners, which invested in Spindrift in 2015. “Bill figured out the next evolution. Basically, it’s water and lemon. It’s what you expect it to be. That level of transparency along with the taste, we thought that would be really compelling to consumers.”

Also compelling to consumers: a good brand story. The name for Mr. Creelman’s company harks back to summers he spent as a teenager, working as a mate on fishing boats off the coast of Massachusetts.

“We were on the North Atlantic on a windy day,” Mr. Creelman said. “The waves were kicking up a tumbling mist, and the captain turned to me and said, ‘You know what that’s called? On a windy day, the top of a wave will get sheared off, and the mist from that is spindrift.’”

“It’s a different word, for sure,” Mr. Creelman added. “It takes some time for people to get used to it. Once they learn, it’s sort of a fun visual for the brand.”

There’s also Bevi, the modern spin on the office water cooler that dispenses flavored sparkling water (and still varieties as well). Eliza Becton, a founder of the company, felt compelled to do something after learning about what’s known as the Great Pacific Garbage Patch, a vortex of debris in the Pacific. She teamed up with fellow environmentalists Sean Gundy and Frank Lee and started Bevi in 2013.

“Together, acknowledging the positive consequences that eliminating single use plastic bottles would have on our world, we designed Bevi as a solution to reshape consumer behavior and impact long-term change,” Ms. Becton wrote in an email. Lofty ethos first, flavors second. “The very first idea was just around offering clean water,” Ms. Becton wrote; “we added sparkling and flavors to the mix after recognizing the size of the market.”

Toaster-oven-size Bevi machines hydrate the disruptive masses at companies including Netflix, Facebook and Google. And with more than $60 million in funding, Bevi has built itself into a start-up on par with the start-ups it serves.

As head of product, Ms. Becton is fluent in the language of socially conscious capitalism. (“We don’t have a Bevi machine designed for in-home use yet, but we’re focused on continuing to serve customers and improve the experience through their daily journey out of home.”)

Some engage with corporate America in more unexpected ways. In 1994, Richard Heinichen began bottling and carbonating the rainwater that collected in tanks outside his home in Dripping Springs, Tex.

As Richard’s Rainwater caught on with locals, Taylor O’Neill, a former investment banker and hedge fund analyst, caught wind of an investment opportunity. In 2017, he invested in the business and, shortly after, became C.E.O. (Mr. Heinichen continues to be involved).

This month, Richard’s Rainwater will start selling at 165 Fresh Market locations on the East Coast as well as some Whole Foods Markets. And Mr. O’Neill wants to start offering the water in cans, not just bottles, though he said, “many of the cans we’ve tried so far, our water is so pure, it can pick up very faint flavors from the packaging.”

If Pellegrino is a pat on the cheek, Richard’s Sparkling Rainwater is a slap in the face, but a welcome slap, brisk and bracingly refreshing — like, “Wake up, you’re going to miss the summer of sparkling water.”

But as the various players in this game hone their brand identities, their points of differentiation, their bar charts and their pitch decks, the average consumer, judging from a nonscientific survey of avowed sparkling water fans, shrugs and pops open a can of whatever is closest or on sale at the supermarket.

“I kind of just drink whatever is put in front of me,” said Sarah Jampel, an editor at Bon Appétit who in 2015 taste-tested and rated 17 types of sparkling water for the website Food52. “What I learned was that I couldn’t really distinguish between brands.”

Perhaps cognizant of the collective “meh” around brand loyalty, some sparkling water companies and adjacent beverage upstarts are exploring “functional” formulations. Bevi is considering infusing its waters with enhancements like vitamin C and electrolytes, and Mr. Tsai, the Spindrift investor, is keenly watching the functional beverage space.

“The addressable market is smaller but more targeted,” he said. “Is it gut health, is it something that helps you relax, does it give you energy?” Brands to watch include Recess, a CBD-infused sparkling water, and Olipop, a fiber-rich sparkling beverage that purportedly aids in digestion.

But is this segment of the industry too frothy for its own good?

“I’m not that excited about trying new sparkling water,” Ms. Jampel said. “I feel like what is out there already is really good. To me, it’s not like kombucha, where it’s fun to go to a new city and try the flavors there and think about what’s involved, like the terroir.”

There’s a drink for everyone this summer:
Is Cold Brew Better Than Iced Coffee? 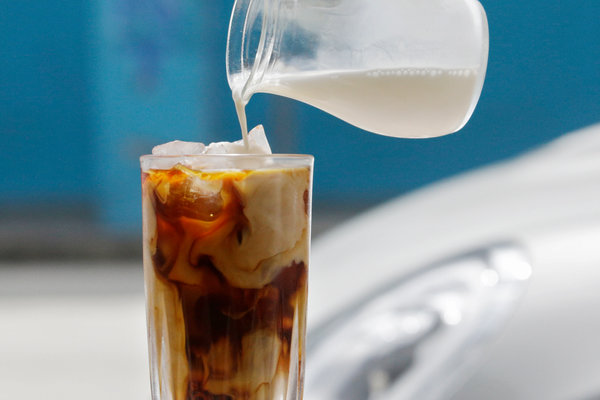 The Negroni Is a Century Old, but Just Hitting Its Stride 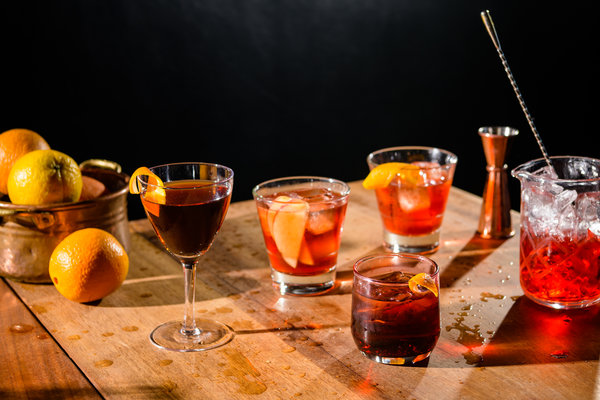 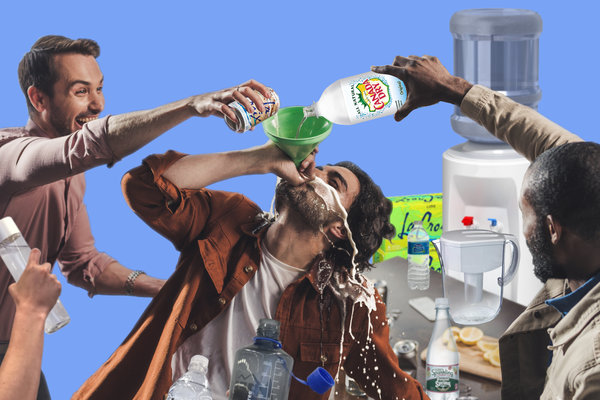 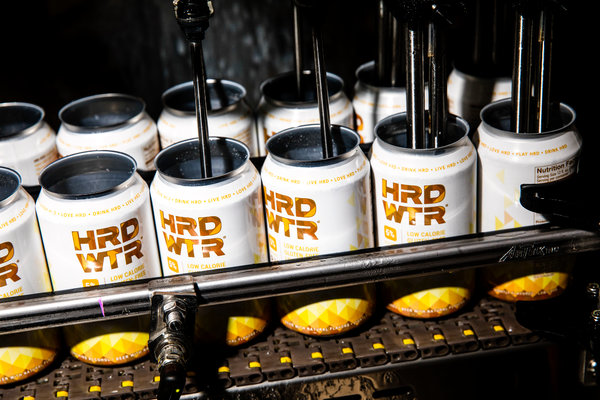 Video and photographs
by Caroline Tompkins for The New York Times