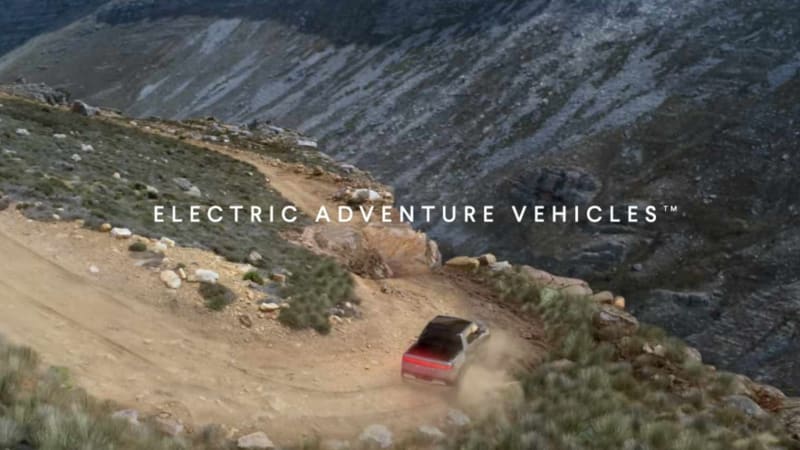 Video has surfaced of a Rivian R1T doing a “tank turn” — that is, spinning in place like a tracked vehicle. It’s clearly CGI, but the video was apparently made for Rivian by one of the electric carmaker’s ad or marketing agencies. And although the provenance and computer imagery could imply a hoax, the EV startup has itself talked up such a feature. TechCrunch ran a piece last December saying, “Rivian trademarked terms ‘tank turn’ and ‘tank steer’ referring to independently moving wheels that can enable extremely tight turns. [Rivian CEO R.J.] Scaringe confirmed that this feature would be available on the R1S, the R1T, and future quad-drive vehicles.”

According to the U.S. Patent and Trademark Office, Rivian filed to trademark Tank Turn and Tank Steer on Oct. 24, 2018, but both applications are dead. That feature, however, remains possible, since the R1T and R1S utilize four independent motors at the wheels; there’s no reason they can’t rotate the vehicles in place to avoid, as in the video, a washed-out road. And since Rivian filed for the vehicle names R1A, R1C, R2A, R2C, R2R, and R2S, there are likely a few more off-road-capable offerings that could make use of the trick — especially that rumored Rivian rally car.

We imagine there’ll be a few restrictions imposed in the fine print, such as not pulling the maneuver on paved roads or other high-grip surfaces. A commenter on another article wrote, “Brian Gase from Rivian confirmed to me that this feature will be on dirt/gravel only. In his words, if you do this on pavement you will ‘break shit,'” Gase being Rivian’s chief engineer. Of course, the Audi RS3 converted to electric power with four Formula E motors and 1,183 horsepower spun quite the burnout-in-place before burning rubber out of frame, and didn’t seem to have a problem, so anything is possible. We’re eager to see what Rivian’s come up with.