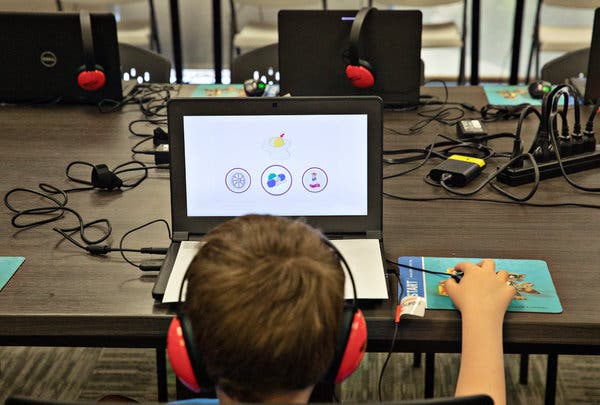 FOWLER, Calif. — David Cardenas, a mechanic and the mayor of Fowler, knows families in his town want high-quality and free daylong preschool.

But options are thin. A government-subsidized program fills up fast and fits only a small fraction of the town’s 4-year-olds, he said. A private program that closed a decade ago was unaffordable for many of the 6,500 residents of Fowler, a predominantly Latino community of agricultural workers in California’s Central Valley. Otherwise, there are a handful of private day cares.

So Mr. Cardenas recently seized on an unusual preschool alternative that a group from Utah presented to him. “This is something that I have never seen before,” he said. “I wanted to be on the front line right away.”

Mr. Cardenas was referring to a “kindergarten readiness program” for 4-year-olds that takes place almost entirely online. Called Waterford Upstart and run by a nonprofit group, Waterford.org, it has children spend 15 minutes a day, five days a week over the course of nine months, tapping through lessons on a computer. About 16,000 children in 15 states graduated from the program this year, and the Waterford expects to expand the program to a projected 22,000 students by 2020.

This is not a program for children of the rich, who are generally enrolled in play-based preschools that last at least several hours. Instead, it is geared to lower-income families with fewer prekindergarten options. Like hospitals that have doctors consulting through teleconferencing and elder-care facilities that offer nursing via avatar, online preschools are cheaper than traditional schooling.

Several Democratic presidential contenders have universal prekindergarten prominently on their agendas. But the arrival of the digital preschool alternative raises questions about education quality and what exactly preschool is meant to teach. As the economic chasm in the United States grows, who gets access to human interaction is becoming a stark dividing line through every stage of life.

“Children who come from families of means have always gone to and still go to terrific quality pre-K programs,” said Nancy Carlsson-Paige, a co-founder of Defending the Early Years, a nonprofit campaign promoting universal pre-K. “Any program, you see the same thing — it’s kids engaged with teachers, blocks, paints and other kids. It’s all these things that everybody knows is quality.”

Not surprisingly, many early-education experts balk at the idea of preschool online. Steve Barnett, co-director of the National Institute for Early Education Research at Rutgers University, said a good preschool program typically developed a child’s social and emotional abilities, as well as ingraining lessons like thinking before you act.

“All of that can’t be done online,” he said.

But some advocates and Waterford Upstart argue that an online program is better than the current preschool options available to most low-income families, which are often nothing. Through the program, children can learn nursery rhymes and letter sounds from the comfort of their homes, with just a computer. In one lesson, for example, children can listen to a song and watch a video about how “gh” is silent in many words. The program is free to families that register.

Waterford Upstart says the quality of its videos is higher than most YouTube content for youngsters, and an independent study from 2014 found that children who had completed the reading program outperformed those who hadn’t used it.

For parents like Toni Butler, a single mother of four in Rushville, Ind., who could not afford $164 a week to pay for preschool, Waterford Upstart has been a revelation. One of her children, Jameson, will graduate from the program on Wednesday.

“Each lesson was animated, so it made it funny and interesting and kept his attention on it,” said Ms. Butler, 34. The graduation will be the only in-person event of the program, aside from registration.

While the at-home, laptop program is not what longtime advocates of universal pre-K imagined (and some fear it could undermine their fight), it may increasingly be what they get. Most states have a vast patchwork of preschool choices — some public, some private, half day, full day, local and state run. But many families still fall in between, earning too much to qualify for public programs while not being able to afford private ones, or living too far from the nearest school.

That has pushed statehouses and city managers to search for other options. In Montana, Gov. Steve Bullock, a Democrat who is running for president, tried passing bills to bring in money for brick-and-mortar universal pre-K in 2015 and 2017, but the efforts largely failed and the state is now rolling out a Waterford Upstart pilot. In Indiana, where legislators worked for years on more preschool funding, $1 million was set aside for online kindergarten readiness in 2017.

“We simply don’t have the money to provide a quality pre-K experience to every child in North Carolina, even though I absolutely agree that a face-to-face, high-quality pre-K is the best option,” said State Representative Craig Horn, a Republican leading an effort to get North Carolina to fund an Upstart program. “But when it’s not an option for the child, I refuse to ignore that child.”

Upstart was created by the Utah Legislature in 2009, with Waterford.org, which focuses on technology in education, chosen to provide the program. The group is funded by state legislatures; private donations from programs like TED’s philanthropic arm, the Audacious Project; and grants from the federal Department of Education.

Claudia Miner, Waterford’s executive director, said Utah had been trying to provide a cost-effective early-education option and turned to tech as a solution.

“For families, private preschool can be as expensive as college,” she said. “So what do you do?”

Now nearly half of Utah’s 4-year-olds are enrolled in Waterford Upstart, Ms. Miner said, and the program has spread to states including Delaware, Mississippi and Wyoming.

Stuart Adams, a Republican state senator in Utah, said the program was a way to serve rural children and religious communities where parents believe young children should be educated at home. Waterford Upstart costs hundreds of dollars per child, he said, compared with thousands per child in preschools.

Parents are often scared of the idea of an online school, Mr. Adams added, “but once they get past the initial fear and you look at the data, it’s all there.”

In Fowler, Mr. Cardenas faces a tight budget for education each year. So when Waterford reached out to him this year, he was curious. Instead of building preschools, hiring teachers and navigating thorny transportation logistics, he said, he could watch preschool almost magically manifest in every home through the program.

“I thought this was too good to be true,” he said.

Recently, a dozen families gathered at Fowler’s senior center to hear about the program. Isaac Troyo, the director of national Upstart implementations, spoke for 30 minutes explaining how it worked, first in English and then in Spanish.

“When your children sit down to use the program, they’re going to learn with games, with songs and puzzles,” he told the audience. “Activities that are visually appealing and engaging for them, so they’re going to have a good time, but they’re really going to learn all the things that they need to be successful when they get to kindergarten, which is really a win-win.”

He said Waterford Upstart would give participants a computer that they would keep, plus internet service for the duration of the program. Jose, 4, immediately ran up to the front and asked if he could get his computer, prompting laughter.

His mother, Rebecca Molina, 31, once had Jose in a day care program that cost $30 a day. But Ms. Molina, who is an office clerk, said her husband was a field laborer, which meant gaps in wages between crop cycles. So they pulled Jose out of the day care. (Her husband now works at a grocery store.)

“It was an internal struggle for me,” Ms. Molina said. “I wanted him to be with kids his age and in that routine. But just financially, it didn’t make any sense for us.”

Ms. Molina and others at the event said their children were “tablet kids,” often left during the day with relatives and a tablet stocked with youth-oriented content.

When a demo of the program played, it featured an entrancing series of animated sketches focused on letters and sounds. Even the adults in the room recited the answers.

Resources are scarce in farming towns, said Brenda Quintana, Waterford’s community liaison. “It’s not like folks are bending over backward to bring in resources for these kids,” she said. “One of the best things about Waterford is they’re willing to go into these rural areas.”

As the event wrapped up, Mr. Cardenas cleaned the room. The mayor had spent the day canvassing town with the Waterford Upstart team, knocking on doors to encourage families to sign up. About 50 have signed up so far; the goal for the county is a pilot of 200 families.

“With this program, those kids who were left out in years past, now they’re going to be included,” he said. 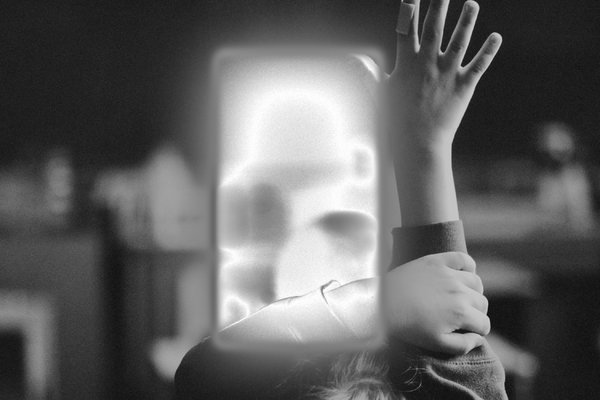