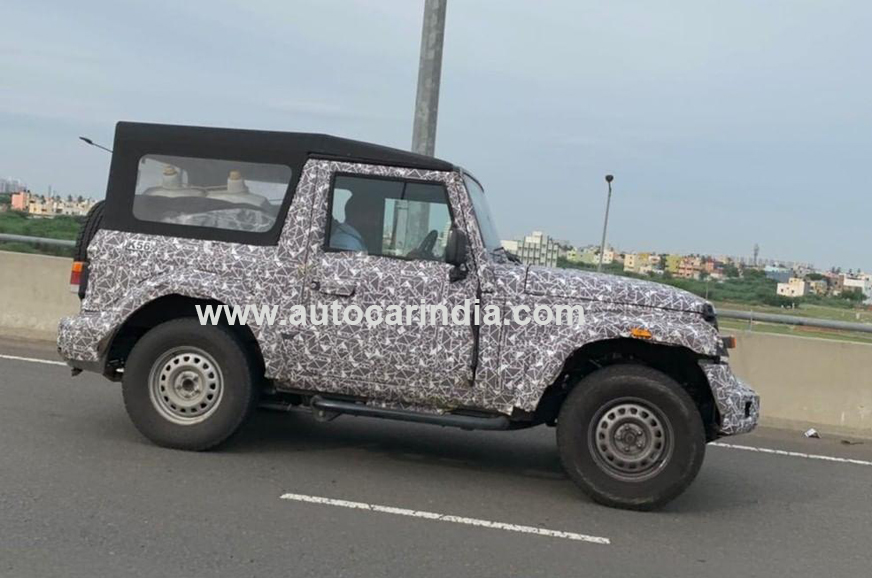 Here is a list of important facts there are to know about the upcoming 2020 Mahindra Thar SUV.

Mahindra has already begun work on the next-gen Mahindra Thar, which is expected to make its public debut at the 2020 Auto Expo. The new Thar is going to be a heavily reworked SUV, as it will sport several mechanical and cosmetic changes over the current-generation off-roader. With the new Thar’s reveal a few months away, we have compiled a list of five important things to know about the next-gen SUV.

Mahindra will equip the next-gen Thar with a BS6-compliant 2.2-litre, four-cylinder, turbo-diesel engine expected to produce 140hp and 300Nm of torque – a substantial increase over the current SUV’s 105hp put out by the 2.5-litre diesel unit. There are also talks that Mahindra, for the first time since the Thar went on sale, could offer the SUV with a petrol engine. According to speculation, the petrol unit will be the same 2.2-litre engine that does duty on the XUV500.

The all-new Thar will employ Mahindra’s third-gen chassis – the same chassis used by models like the Scorpio and the TUV300. Along with the new chassis, the SUV will also feature wider front tracks than the current model and a revised front suspension with an independent rear suspension. The new chassis will reduce the off-roader’s wheel-articulation ability by around 10 percent; but will, however, improve its road manners. Mahindra’s engineers are working to overcome the wheel-articulation limitation, though. The next-gen Thar will also see an increase in all its dimensions due to this new chassis.

All variants of the next-gen Thar will get with ABS with EBS, dual front airbags, a seat-belt reminder and a speed-alert system as standard, due to the new safety laws that made it mandatory for all vehicles to get these, effective from April 1, 2019. In addition to this, the new Thar will also be compliant with the crash-test norms that will come into effect on October 1, 2019. This all translates to the new Thar being a much safer vehicle overall, when compared to the current generation of the off-roader.

The interiors of the new Thar will be completely redesigned when compared to the current SUV. On the inside, the new Thar will feature a more comfort-oriented layout, with new bucket seats up front, forward-facing seats at the rear (not seen in the spy shot) and either a touchscreen infotainment or a 2-DIN music system built right in the middle of the dash (the touchscreen is something the current Thar lacks). The SUV will also get a new instrument cluster and a steering wheel with media controls. Also, due to the new Thar’s larger dimensions, the interior space is also expected to increase, improving usability and practicality.

The second-gen Thar will get a ground-up new design which will include new body panels, front and rear bumpers, an all-new soft-top, as well as a hard-top option. The off-roader will sport a muscular design, partially attributed to the prominently flared wheel arches. The new Thar will also sport a new front end that is compliant with the pedestrian safety norms due to come into effect from August 2020.