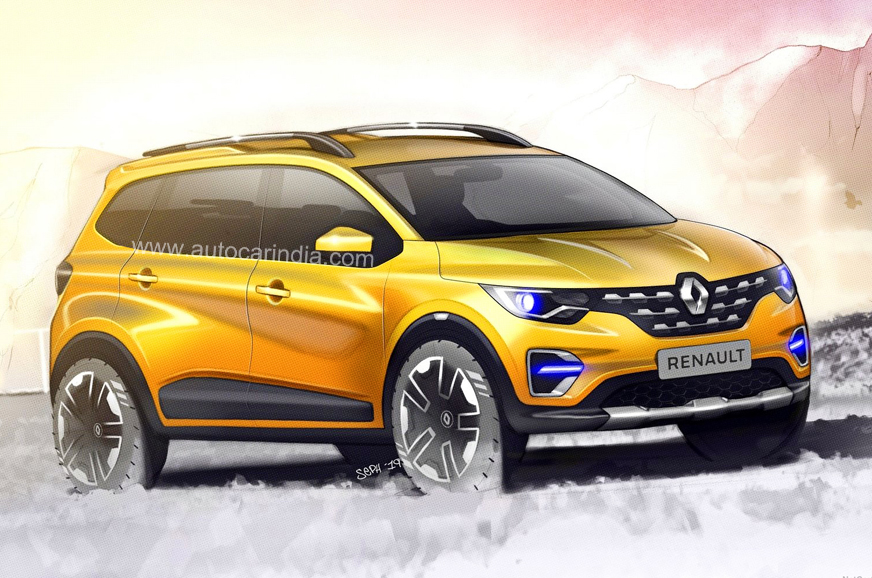 New compact SUV for India will share underpinnings with the Triber.

Renault has had a quiet few years in India but things are now set to change. In the coming months, we’ll witness the arrival of the updated Duster and the all-new Triber, which recently had its global unveiling in India. The Triber promises to be a novel offering, with seating for seven and up to 625 litres of boot space, all within a sub-four-metre footprint. The new CMF-A+ platform on which the Triber sits is built to support different body styles and Renault intends to use every bit of the platform’s flexibility. In development is an all-new made-for-India compact SUV (codename: HBC).

The Renault HBC SUV will go on sale in 2021 and will be positioned as a rival to the ever-widening spread of sub-four-metre SUVs. By the time the HBC is made available, the competition will include a new SUV from Kia and Toyota’s version of the Maruti Vitara Brezza, in addition to the current lot of compact SUVs.

The new Renault HBC compact SUV will not only share underpinnings with the Triber (which was previously known by its codename: RBC), but is also expected sport similar styling cues and share many interior components. However, the HBC will be a pure five seater and will not come with the removable third row available on the Triber.

Under the hood, the Renault HBC compact SUV is expected to come with a turbocharged version of the 1.0 Energy petrol engine that will power the Triber initially. Gearbox choices will include a 5-speed manual as well as an AMT gearbox. Interestingly, the HBC will not come with a diesel engine as Renault expects demands for small diesels to dry up in the years to come. Renault could have an all-petrol line-up by as early as 2020, as there’s not a strong enough business case to upgrade the long-serving 1.5 K9K diesel engine to BS6-spec.

The Renault HBC compact SUV will be closely linked to Datsun’s own compact SUV for India. The Datsun SUV will sport unique styling but will share major components with its cousin from Renault. The Renault-Nissan alliance has not performed to potential in India and a presence in the hot compact SUV is almost a necessity to improve sales.