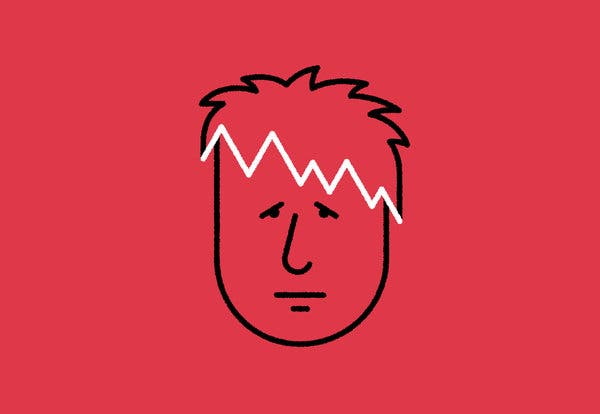 Want this column in your inbox? Sign up here.

It has been a hot week, with no relief in sight. If you’ve spent it assembling a wall of fans and air-conditioners, you may have missed some business and tech news. Don’t worry, that’s why we’re here. (And here are some great no-cook dinners to help you beat the heat.)

Netflix lost more than 10 percent of its stock market value after the company said it had lost 126,000 subscribers in the United States last quarter — its first-ever such decline. The service also reported weak growth in overseas markets. The slide comes as competitors like Disney, AT&T and NBCUniversal are starting streaming services and, in some cases, taking their own hugely popular shows with them, like “Friends” and “The Office.” Another reason for the weak performance: This was the quarter that Netflix’s price increases went into effect.

Members of Congress grilled Facebook over its plans for a digital currency, Libra. The company is hoping to provide financial services without being treated, and regulated, as a bank. Lawmakers said they weren’t sure they could trust the company enough to let that happen. (An astrological coincidence? The digital currency exchange founded by the Winklevoss twins — they’re the ones who fought a legal battle with Mark Zuckerberg over the ownership of Facebook — is called Gemini.)

The House voted to raise the minimum wage to $15 an hour by 2025 — but don’t hold your breath waiting for a vote in the Senate. Higher wages have been a focus for many of the Democratic presidential candidates, and a major part of the party’s platform. The minimum has been $7.25 an hour since 2009, the longest period without an increase since the wage was set up in 1938. A recent Congressional Budget Office analysis found that raising the minimum to $15 would pull 1.3 million American out of poverty and could result in wage increases for up to 27 million workers. But it could also leave 1.3 million people out of a job, the study found.

God Save the Pound

Britain will have a new prime minister this week, and the candidate whom the Conservative Party elects to succeed Theresa May will help determine how Britain leaves the European Union. Both Boris Johnson and Jeremy Hunt, competing to succeed Ms. May, have said they would leave the bloc without an agreement if Brussels refused to negotiate. Lawmakers recently voted to make it harder for the next prime minister to push through a no-deal Brexit, however, by suspending Parliament — a pre-emptive rebuke of Mr. Johnson. No matter how the Brexit process goes, Britain’s currency, the pound, has already been buffeted.

Second-quarter earnings reports are still trickling in, with Deutsche Bank, fresh off a major layoff announcement, and Facebook filing on Wednesday, and Amazon and Alphabet reporting on Thursday. The tech giants will have a tough act to follow in Microsoft, which reported a huge jump in sales last week, buoyed by investments in cloud computing. And global banks have had their worst first half in more than a decade on weak trading revenue as investors are unsure how to plan for fallout from President Trump’s trade war.

… And Maybe Troubles, Too

All signs have been pointing to the Federal Reserve’s cutting interest rates at its meeting this month, as it tries to stave off economic troubles. On Friday, the central bank will get one more piece of data to help it decide if that’s necessary when the Commerce Department releases figures on second-quarter economic growth. The problem is that the central bank has fewer arrows in its quiver now than it did a decade ago to battle a major economic slowdown.

Is FaceApp, the viral photo-altering app, an insidious privacy concern? No, it’s probably fine, experts said, though the app, made by a Russian company, could be clearer about its privacy policy.

The landmark retailer Barneys is considering its options — including bankruptcy — as it faces a steep rent increase and competition from e-commerce. And Comic-Con, once a major promotional venue for Hollywood, seems to have lost its cachet, as most major studios have opted out of heavy promotion at the convention this year.