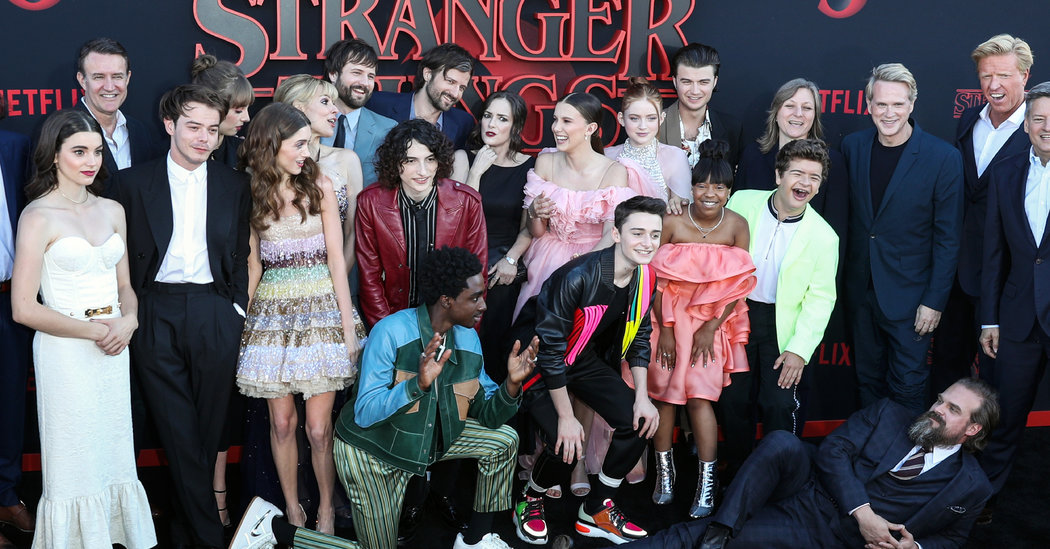 Netflix, the streaming juggernaut that has upended the entertainment industry, showed signs of vulnerability Wednesday when it reported that it had lost 126,000 paid subscribers in the United States during the second quarter. It was the first time the company had shed domestic streaming customers since it started its digital service 12 years ago.

The number of those subscribers dropped during a time when the price for Netflix went up. In January, the company announced that it was raising its rates by anywhere from 13 to 18 percent, depending on the subscription plan, with the increases hitting existing subscribers in March.

The second quarter is typically Netflix’s weakest time of year, but its performance this time was unusually poor. In its letter to shareholders on Wednesday, the company acknowledged that the higher subscription cost had something to do with its failure to meet second-quarter expectations.

Netflix also noted that its second-quarter slate of programming, lacking fresh episodes of two of its original hits, “The Crown” and “Stranger Things,” was not as robust as it had been the previous quarter, which most likely figured in the disappointing results.

In addition to losing domestic subscribers, Netflix significantly undershot the number of customers it had expected to sign up worldwide for the period. The company reported that it had added a total of 2.7 million subscribers for the three months ending in June, well short of the five million expected by investors and down from the 5.5. million it had brought aboard in the first quarter.

Netflix stock fell more than 10 percent after the market closed, a drop of more than $17 billion in market value. Reed Hastings, the chief executive, brushed off the weak second-quarter performance. “Our position is excellent,” he said on a call with analysts after the release of the earnings report.

Netflix forecast that it would add more than seven million subscribers in the current quarter, when the new season of “Stranger Things” was made available.

The company, based in Los Gatos, Calif., tends to raise its prices around every 18 months. It decided on the latest increase at least partly because it burns a lot of cash, much of it borrowed, spending wildly on Hollywood talent and lavish promotional events.

Netflix remains the nation’s largest internet television network, with over 60 million paying subscribers in the United States. The company has said it could ultimately bring in as many as 90 million total domestic customers.

Globally, Netflix is most likely the largest streaming business, with more than 151 million subscribers. Its future growth will largely come outside the United States, with India representing its best opportunity. Netflix has given up on entering the Chinese market after difficulties with regulators there.

The company’s dominance has prompted more established media giants to embark on streaming services of their own. AT&T, which acquired HBO and Turner Broadcasting as part of its $85.4 billion purchase of Time Warner last year, announced plans this month for a streaming service — HBO Max — that will start next year.

The Walt Disney Company will also go big on streaming, with plans to fill an expansive new streaming product, Disney Plus, with franchises like “The Avengers” and “Star Wars.” It will also offer the many television shows and films it picked up when it bought the bulk of Rupert Murdoch’s 21st Century Fox entertainment empire for $71.3 billion in a deal that closed in March.

Adding to the competition, Apple is shifting away from its focus on hardware to spend more than $1 billion on Hollywood talent as it enters into the entertainment business with Apple TV Plus. That streaming service, with new content from a roster of talent that includes Oprah Winfrey, Steven Spielberg and Reese Witherspoon, is scheduled for a fall debut.

“It’s not a zero-sum competition,” Mr. Hastings said on Wednesday. “People will subscribe to multiple shows. I’d wager that most Netflix employees are HBO subscribers.”

As part of its effort to ramp up its original offerings last year, Netflix signed Ryan Murphy, the prolific producer behind “Glee” and the anthology series “American Crime Story,” to a five-year deal said to be worth nearly $300 million. After wooing him away from 21st Century Fox, the company signed another name producer, Shonda Rhimes, the creator of ABC’s “Grey’s Anatomy,” giving her a nine-figure deal.

Netflix released its second-quarter report a little more than a week after the news that it would lose the North American rights to “Friends,” the NBC sitcom that has had a highly remunerative afterlife in syndication and online.

“Friends” was the second-most-watched show on Netflix in 2018, according to Nielsen, which is probably why the company was willing to pay as much as $100 million to stream the show worldwide in 2019.

Starting next year, American and Canadian customers will be able to find it only on HBO Max, after AT&T exercised an option worth over $80 million a year for a five-year period. Netflix will still have rights to “Friends” internationally.

Also beginning in 2020, Netflix’s North American subscribers will have to go elsewhere for “The Office,” another NBC show that has shown durability as a rerun. NBCUniversal, the show’s owner and another entrant into the streaming competition, grabbed the rights to stream it in North America after agreeing to pay $100 million a year for the next five years.