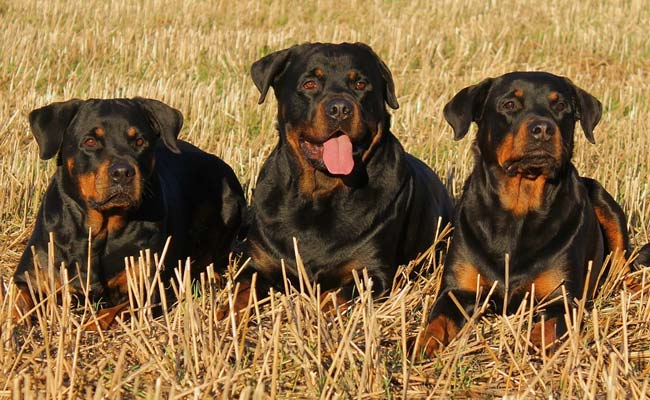 The bone pieces found on the man’s overgrown trailer-and-shed property were suspicious. But the truth didn’t hit the sheriff’s deputies until they inspected some dog feces and found what looked like human hair and bits of clothes.

Freddie Mack had been eaten by his only companions at his rural home near Venus, Texas: his 18 dogs.

“Our initial reaction was kind of disbelief, because there was nothing left,” Johnson County Sheriff Adam King told The Washington Post.

But the whole body, clothes and all?

The senior investigators whom the sheriff’s office consulted with had never heard of pets consuming an entire person before, he said. The final confirmation came Tuesday when detectives learned that medical examiners had identified the few remnants deputies collected as Mack’s.

It’s not clear whether the large mutts killed the 57-year-old or devoured him after he died of his “serious medical conditions,” King said. The sheriff’s office is not disclosing Mack’s medical information.

Mack first came to the sheriff’s attention in May when a family member said he had not heard from his reclusive relative in weeks. Mack kept to himself, King said, his only reliable human contact coming every two weeks or so when family dropped by to take him to the store.

Wondering about Mack, relatives had tried to search his property, but the dogs were aggressive and kept them out, according to the sheriff’s office. Deputies, too, struggled to get past the animals. They managed to distract them and even surveyed with a drone when the dogs held them back on another visit – but they couldn’t locate Mack.

A breakthrough came May 15 when a deputy found the first, small piece of bone during another property search. More bone parts followed. With the dogs seized and out of the way, authorities discovered dog feces with hair, more bone and fabric – remnants that matched the only outfit Mack was known to wear, the sheriff’s office said. Soon, deputies found one of Mack’s two pairs of shoes in the area where the dogs had been penned.

“That was another ‘Aha’ moment for us,” King said. “That’s when we started realizing.”

The implications were gory but not unprecedented. A 2017 National Geographic article found dozens of cases of pets eating their deceased owners detailed in 20 years of forensic science journals. A 2015 study on more than 60 instances of dogs mutilating dead bodies concluded that the animals tended to go after the nose and mouth, then to a lesser extent the arms and hands.

Earlier this year, a South Carolina woman died after her two boxer-mixes mauled her outside her mobile home – “eating her alive,” as one witness who called 911 put it.

But Mack’s case stands out for the thoroughness with which the dogs ate him. His family members have been notified of the findings of the Tarrant County Medical Examiner’s Office that the remains were Mack’s, based on a family DNA match, the sheriff’s office said.

As for the dogs, 13 have been killed because of their aggression and the mounting evidence that they killed their owner. Two had already been killed by other dogs.

The other three are still around. “They were friendly,” King said.