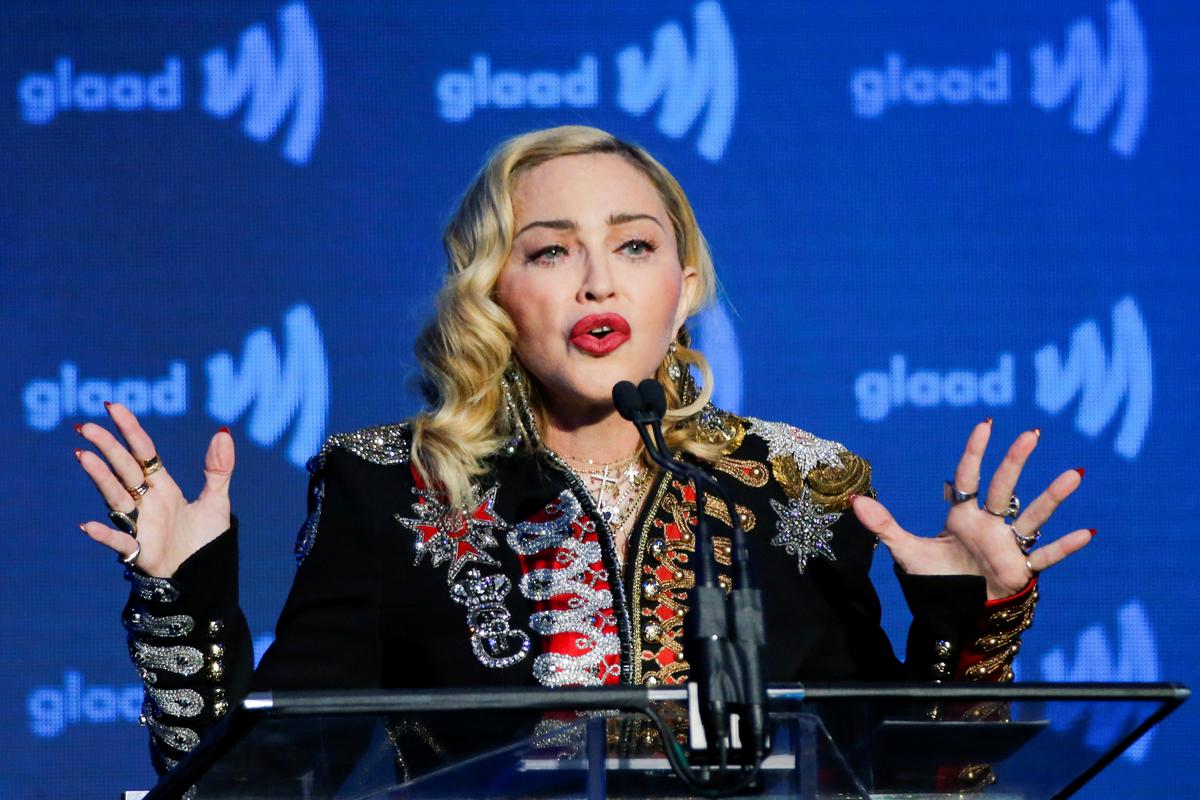 LOS ANGELES (Reuters) – Madonna stepped into the gun violence debate on Wednesday with a music video containing graphic dramatizations of a mass shooting.

Called “God Control,” the disco beat song and video depicts a gunman opening fire in a crowded nightclub or bar and images of actors playing dancers who fall to the ground, bleeding, or try to flee.

A message before the video reads, “The story you’re about to see is very disturbing. It shows graphic scenes of gun violence. But it’s happening everyday. And it has to stop.”

“We need to wake up,” Madonna sings. The video also uses TV footage of demonstrators calling for stricter gun control, including the 2018 “March For Our Lives,” in Washington and other U.S. cities.

While the music video does not refer to any one incident, it recalls the June 2016 shooting inside the Pulse gay nightclub in Florida, in which 49 people were killed and 53 injured.

Madonna, 60, said the video was designed to shock.

“Seeing the reality, and the brutality of things makes you wake up,” the singer told People magazine on Wednesday.

“This is really happening. This is what it looks like. Does it make you feel bad? Good, ‘cause then maybe you will do something about it,” she said.

The United States has seen hundreds of mass shootings in schools, workplaces, places of worship and leisure in recent years but stricter gun control legislation has proven difficult to pass in the U.S. Congress.

In a message on her social media accounts, Madonna urged people to “insist on common-sense gun safety legislation” and directed fans to gun control organizations they could support.

The “God Control” video had been viewed more than 360,000 times on YouTube some two hours after its release on Wednesday.