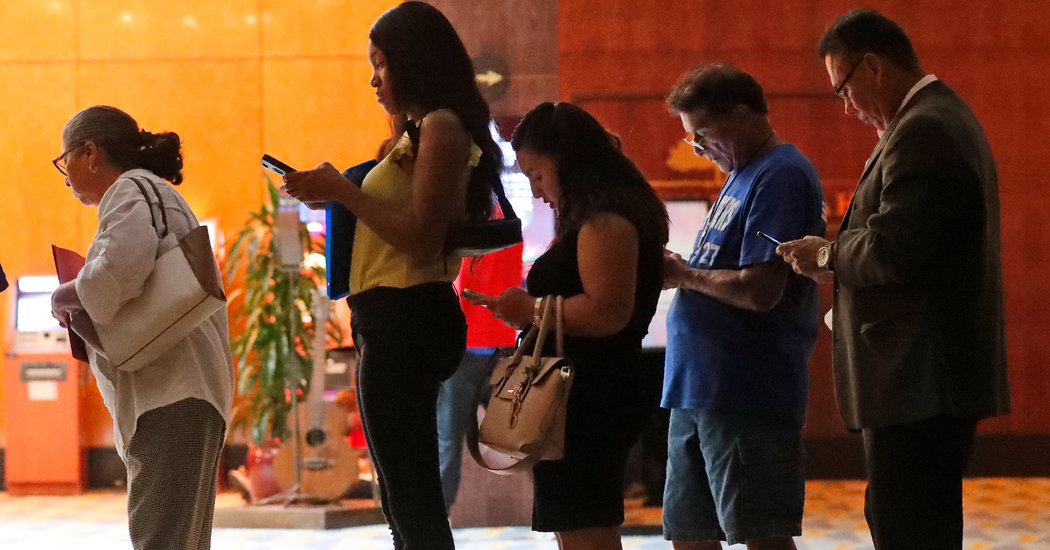 The best news to be found in the June jobs numbers, released Friday morning, is in what they don’t show.

After the May numbers showed a steep pullback in the rate of job creation, there was reason to worry that a turning point for the economy had arrived, and that a major slowdown or even recession could be in the offing — a fear seemingly confirmed by many surveys of industrial activity.

The June numbers did nothing to confirm that narrative, putting those fears to rest at least for one more month.

Employers added a robust 224,000 jobs, the Labor Department said, up from a revised 72,000 in May. The unemployment rate edged up to 3.7 percent, but for a benign reason: The number of people who were without a job but looking for one rose, meaning the share of Americans in the labor force increased; the number of people working rose even more.

Notably, the manufacturing sector added 17,000 jobs after two straight months of adding a mere 3,000, evidence that some of those bad results in surveys are not translating into less hiring. It aligns with other real-time indicators of the job market, such as weekly claims for unemployment insurance benefits, which hover near historical lows.

The new numbers might even be good enough to cause the Federal Reserve to rethink its plans to cut interest rates. That, at least, was the worry evident in financial markets Friday morning, as the stock market fell and interest rates on Treasury bonds rose.

A big rally in the stock market in recent weeks has been driven by the Fed’s signals that it will cut interest rates, perhaps as soon as late July. Strong June jobs numbers will give ammunition to those in the Fed who want to wait longer to see more hard evidence of an economic slowdown before cutting rates.

But just because the employment numbers take some of the “imminent recession risk” off the table doesn’t mean they signal all is well in the American economy. In effect, some of the details within the jobs report tend to confirm that in recent months the progress toward creating an economy that works for more Americans has stalled.

Most notably, average hourly earnings have risen only 3.1 percent over the last year. Inflation is low enough that this does signal a higher real income for the average wage earner. But it amounts to a deceleration over the last few months. Wages rose 3.4 percent for the 12 months ended in February.

A really positive development would be for more Americans who have been on the sidelines of the labor force — neither working nor looking for work — to find employment. But progress on that front has also stalled.

If you look at people in the so-called prime working years — ages 25 to 54 — 79.7 percent were employed in June. That’s actually down slightly from February’s 79.9 percent, and below the 80.3 percent level at the start of 2007 and even further below the 81.9 percent record high reached in April 2000.

None of that is to say that the current job market is poor. It is easily stronger than it ever was during the mid-2000s expansion, and arguably better even than in the booms of the late 1990s and late 1980s.

But it doesn’t show the signs of bursting at the seams. Even as low as the unemployment rate is, employers don’t seem to be bidding up the wages to get workers, and not all of the people who might plausibly want to work are doing so.

For the average American worker, conditions still aren’t there yet.