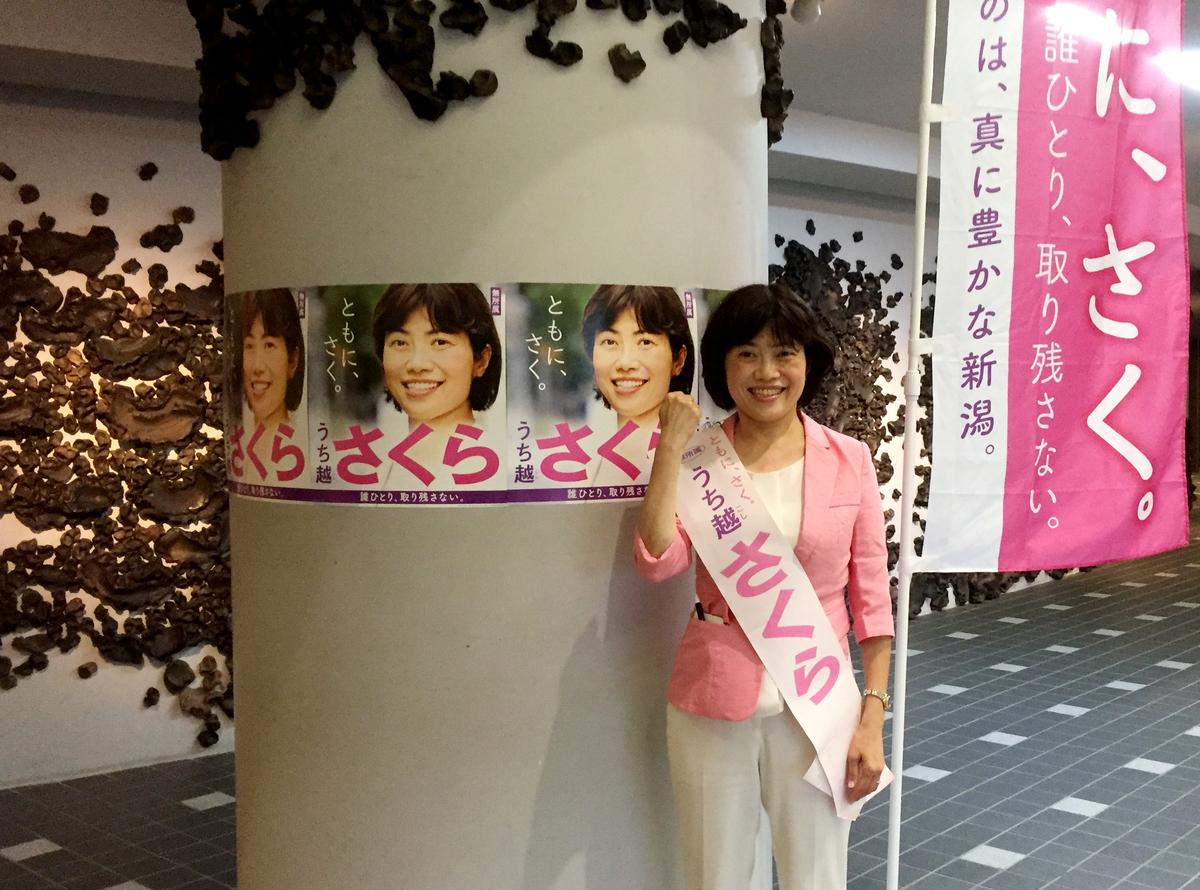 NIIGATA, Japan (Reuters) – When anti-nuclear activist Junko Isogai ran for office in Japan’s northern Niigata region, it had an awkward dimension: not just stump speeches and chats with constituents, but entertaining potential backers.

“I was asked to pour sake, make flattering conversation and act in a way men wouldn’t dislike,” Isogai, 45, a mother of two teenage girls, told Reuters. “It was like being a bar hostess.”

Such traditional campaign practices – heavy on face-to-face interaction and personal ties – are among many barriers women face when trying to enter Japan’s male-dominated politics, candidates and experts say.

Other hurdles include a lack of role models, social norms discouraging women from speaking out, and the burden of an intense, full-time job in a society where women are expected to be responsible for housework, child rearing and elder care.

Prime Minister Shinzo Abe has made bringing more women into the workforce a policy pillar. But politics remains male-dominated.

Since Abe took office in December 2012, Japan’s global ranking of women in parliament has fallen to 164th from 122nd among 193 countries. His Liberal Democratic Party has a smaller percentage of female lawmakers than its main opposition party.

A July 21 upper-house election will be the first national poll since passage of a gender parity law that set non-binding targets for parties to field equal numbers of male and female candidates. A record 28% of candidates are women.

But only 15% of LDP candidates are women, compared with 45% for its main opposition, the Constitutional Democratic Party of Japan (CDPJ).

Sakura Uchikoshi, a Tokyo-based lawyer making her first foray into politics in the rural district of Niigata, is among the opposition candidates.

Niigata has a tradition of strong female politicians, including outspoken former foreign minister Makiko Tanaka. And it currently has three female opposition MPs.

Uchikoshi, who unlike many male politicians did not rise through party ranks, suffers from an image as an outsider. She was born in Hokkaido and pursued her career in Tokyo.

That’s a stark contrast with her LDP rival Ichiro Tsukada, a Niigata-born incumbent whose father was also an MP.

“My lack of name recognition is the bottleneck,” Uchikoshi told Reuters in an interview before a rally.

“Male candidates have networks and … the lack of that for rookie female candidates makes it difficult,” she said, adding she was grateful for support from the three incumbent women.

Politicians, especially in the LDP, typically rise through the ranks from local assemblies to parliament, creating their base along the way. That path can be tough for women, who are expected to raise families rather than shake hands.

“Individuals have to cultivate networks themselves,” said Sophia University professor Mari Miura. “Many women, who have to interrupt their careers for child-rearing and struggle with work-life balance, can’t afford such energy.”

Uchikoshi’s backers hope she stands out as a fresh alternative to Tsukada, said Hiroshi Sasaki, a university professor and civic activist advising her campaign.

Tsukada’s reputation was dented when he bragged about securing a highway project in southern Japan as an unsolicited favour for Abe and Finance Minister Taro Aso. He resigned as deputy cabinet minister over the fuss.

“Usually, I vote for the LDP, but this time I think they are making fools of us and I’m angry,” said 63-year-old Niigata retiree Susumu, who declined to give his last name.

Uchikoshi’s husband, a lawyer, and their teenage son are living in Tokyo for the duration of the campaign, which officially kicked off on July 4.

“My son didn’t seem to realise I’d have to stay in Niigata,” she said.

By contrast, experts and politicians say, men don’t tend to see family duties as a barrier to entering politics.

“If a woman is a full-time housewife and her husband runs for office, she can take care of the home,” CDPJ leader Yukio Edano told Reuters. “Unfortunately, the burden of child-rearing is heavier for women so the cost of running is bigger.”

Isogai, who lost her bid for Niigata’s prefectural assembly and is supporting Uchikoshi, said she often felt guilty for leaving her teenage daughters to campaign.

“When I saw them with a button missing, I felt sorry,” said Isogai, who moved to Niigata from Fukushima after the March 2011 Fukushima nuclear disaster. Her husband, often away for work, wasn’t used to household chores, she said.

“When it comes to campaigning, it is overwhelmingly easier for men,” she said.

“I’m a working mother myself and the issues of child care and elderly care are very personal,” Uchikoshi said. “To prioritise such issues, we need more women legislators.”