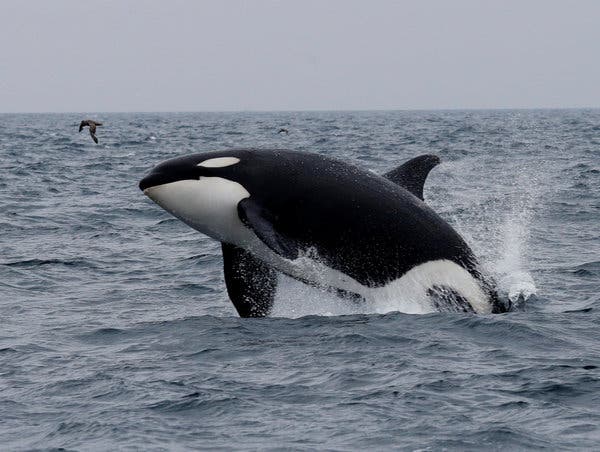 TOKYO — Japan resumed commercial whale hunting on Monday after a hiatus of more than 30 years, defying calls from conservation groups to protect animals once hunted to the brink of extinction.

Now whalers, who have long depended on government subsidies for their survival, face the much tougher challenge of defying basic economic reality: The market for their product is declining while labor costs across the nation are on the rise.

Japanese production of whale meat peaked in 1962, and the taste is generally preferred by an older generation. The government also hopes to start reducing the $46 million in annual subsidies it pays to whale hunters within three years. The value of previous catches, obtained under the auspices of scientific research in the Antarctic, totaled only about a half to a third of that.

“Will whaling succeed commercially?” said Masayuki Komatsu, a former government official who oversaw Japan’s international negotiations on the subject and now works at a think tank in Tokyo. “No way.”

Industry experts say they expect costs will come down as ships move their whaling operations from the far seas to waters closer to home. Producers also hope to increase the appeal of whale meat by promoting it among high-end Japanese restaurants, said Konomu Kubo, secretary of the Japan Whaling Association.

“The people in charge of sales are targeting whale at places they haven’t up until now,” he said.

For Japan, whaling has long been about more than economics.

Tokyo has for decades fiercely defended whale hunting despite heavy criticism from the international community. The government and local authorities celebrate the practice as a tradition with a long history and cultural significance akin to the hunting of whales in countries such as Norway and Iceland, where commercial hunting is permitted, or among indigenous communities in the United States and Canada.

Japanese people have “mixed feelings” about whaling, according to Hisayo Takada, spokeswoman for Greenpeace Japan. She cited a combination of national pride and politics, as Japanese lawmakers have propped up an industry they see as economically and sentimentally important for their voter base.

Opinion polls by the national broadcaster NHK and Japan’s Foreign Ministry show broad support for whaling, even if people do not necessarily want to eat the meat. If shown a picture of a whale, “most people would see it as wildlife,” Ms. Takada said.

But whaling “has become a sensitive, nationalistic topic,” she said. “It’s not about whaling itself. It’s more about Japanese pride and standing up for what people see as their culture.”

Japan hunted whales under a loophole in international rules that allowed the activity for research purposes. Japanese scientific vessels, financed by the country’s taxpayers, prowled international waters in search of the animals, sailing into the northern Pacific and Antarctic in search of minke, sei and Bryde’s whales. Once home, whalers sold their catch for meat.

In 2014, the International Whaling Commission, a global organization aimed at whale conservation, declared there was no scientific basis for the practice. Japan withdrew from the commission in December and said it would resume commercial whaling.

For the whaling industry to stand on its own two feet without government subsidies, it will have to find more lucrative markets for its product. But Japanese consumers’ interest in the meat has dwindled.

For Japanese who came of age after the Second World War, the taste of whale — which many describe as a fishier, greasier version of beef — is the taste of their childhood.

As the country built up its devastated economy, the American occupation authority encouraged the use of whale as a cheap source of protein. The meat found its way into lunches at schools across the nation, a practice that ended in 1987. While the flavor stirs nostalgia for some, many others don’t find it very tasty.

Authorities say Japan still has an appetite for whale meat. Consumption is put at about 3,000 tons annually, including 1,000 tons of imports from places like Iceland and Norway — which are said to produce choicer cuts. The difference ends up in cold storage, with around 3,500 tons warehoused as of April, according to government data.

Despite its stated support for the industry, the government is moving to reduce the haul. On Monday, it announced that whalers would be able to hunt 227 whales from July to December. By comparison, over all of 2018, it allowed a haul of 630 animals from two species.

Japan, which faces a labor shortage because of its aging population and declining birthrates, is already facing difficulties recruiting enough workers to fill fishing boats. Although the whaling industry directly employs only 300 people or so, the labor shortages mean commercial whalers will have to compete on wages with more lucrative and profitable segments of the seafood industry, like tuna fishing and crabbing.

Whaling ship operators think they have a chance. Last week, the chairman of the Japan Small-Type Whaling Association, Yoshifumi Kai, said the industry would adjust.

“We’ve done nothing wrong, and we have no plans to stop,” he said. “We’re continuing whale hunts that began over 400 years ago. If this generation ended them, we would live with the shame forever.”

The activist groups that have long fought whaling think these industry efforts will fail, and they see the fight over whaling in Japan as more or less over. Sea Shepherd, the group that became infamous in Japan for harrying Japanese whaling vessels, has moved its attention to Iceland.

The potential impact Japan’s continued operations will have on whale populations is not yet clear, according to Junko Sakuma, an expert on the industry at Rikkyo University.

“For the time being, coastal whaling isn’t a problem as long as it’s done precisely,” she said. “We’ll have to wait and see if that’s the case.”

While Greenpeace is still concerned about whales, it is focusing on other issues that have a larger and more detrimental impact on the marine ecosystem, according to Ms. Takada.

“The whaling industry has been ingesting a lot of taxpayers’ money,” she said. “It may survive on a small scale, but it’s hard to believe whale will ever be a daily meal for Japanese people again.”