Central banks in India, Thailand and New Zealand moved to shore up their economies on Wednesday amid fears that global growth will become the biggest casualty in the spiraling trade war between the United States and China.

Monetary authorities in all three countries cut interest rates in a series of unexpected moves that shook currency markets just two days after China allowed the renminbi to weaken, a move that prompted President Trump to label Beijing a currency manipulator.

China’s currency has steadied in the days since it crossed a critical threshold on Monday, but the world’s markets are still uneasy. On Wednesday, stocks on Wall Street tumbled at the open, losing more than 1.5 percent, before recovering to end the day up slightly. The rate cuts signaled that more countries are bracing for tougher weeks and months ahead.

“This is a defensive action by countries seeking to protect themselves from the collateral damage of rising global trade tensions, amid weakening domestic growth,” said Eswar Prasad, former head of the International Monetary Fund’s China division.

The moves come at a time when the global economy is at a crossroads: Last year, every major economy finally appeared to be growing in unison, a decade after they were ravaged in a global financial crisis. That growth is now increasingly threatened by a bruising trade war between the world’s two biggest economies.

China’s currency move in particular could have a profound impact on global finances. If Beijing continues to allow its currency to weaken against the American dollar, more countries could feel forced to respond, leading to a damaging currency war that could revive inflation and even further fray the bonds of global trade.

Investors’ worries that Australia’s central bank may be next to act sent the Australian dollar sliding to its lowest level against the American dollar in a decade.

“These moves signal the possibility of the trade wars morphing into a broad currency war that involves not just the main participants in the trade disputes but also countries that are on the sidelines but exposed to the fallout,” Mr. Prasad said.

The rate reductions in India and New Zealand were larger than expected, and Thailand’s cut surprised many economists. Caught off guard, investors sold the currencies of all three countries, weakening their value against the American dollar. 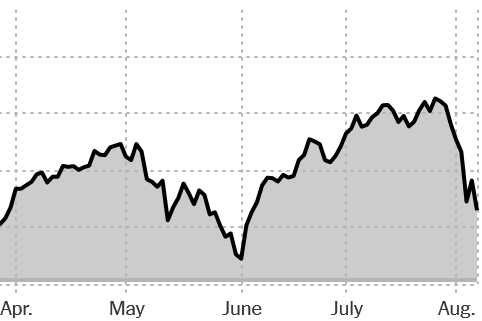 A Weak Dollar Could Help the U.S. Getting One Isn’t So Easy. 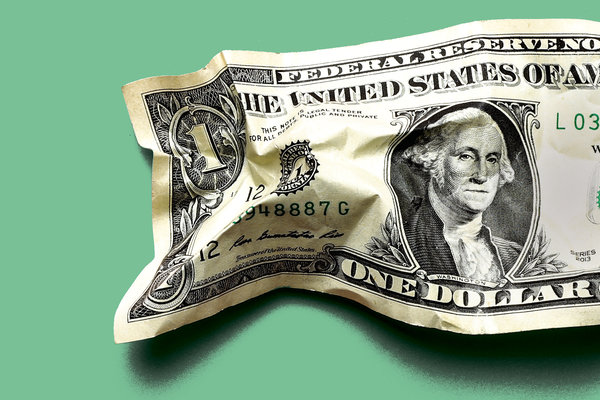 Last week, the Federal Reserve in the United States cut its benchmark interest rate for the first time in a decade in a precautionary move that may have also helped prompt central banks around the world to consider rate cuts.

Other central banks may be watching to make their own moves, especially if the trade war looks set to drag out for many more months. Last week, only days after American and Chinese negotiators met in Shanghai for fresh talks and agreed to meet again in September, Mr. Trump threatened tariffs of 10 percent on some $300 billion worth of additional Chinese goods.

The People’s Bank of China took steps on Monday to limit the impact of the next round of tariffs by allowing its normally tightly managed currency to weaken past a psychologically important level of 7 renminbi to the American dollar for the first time in a decade. The move makes Chinese goods less expensive in the United States, partly offsetting the tariffs.

Chinese officials said the move was a response to the market’s pressuring the value of the currency and blamed Mr. Trump’s “unilateralism and trade protectionism measures and the imposition of increased tariffs on China.”

This kind of language could become more common, some economists said. They also said Mr. Trump’s latest move against China could dent growth in the United States.

“These new tariffs raise recession risks for the U.S. sometime next year due to increased uncertainty, an unwillingness to invest in such an environment and ultimately an unwillingness to hire,” said Steve Cochrane, chief Asia Pacific economist at Moody’s Analytics. “International trade will slow further and is at risk of an outright decline.”

Your password reset link appears to be invalid or expired.

To use social login you have to agree with the storage and handling of your data by this website.