This will be the third launch from the South Korean brand this year after the extremely popular Venue and India’s first EV SUV – Kona EV. The facelifted model has been the first update on the car after it made a comeback in 2016. The model is already on sale in the international markets. However, the model getting tested in India is doing so under heavy camouflage. It is possible that Hyundai may launch a slightly different version from the international-spec model.

Internationally, the Hyundai Elantra gets a long list of changes. It includes new sharp-looking headlamps with integrated DRL. The headlamps are partially visible behind the camouflage and seem to be of a similar shape to the international spec model. The changes also include newly redesigned bumpers to go with the aggressive front end of the new Elantra. Hyundai has also added good alloy wheels to the updated version of the car. The vehicle spotted on the Indian roads also get the similarly designed alloy wheels as the international model. However, the US-spec version gets blacked-out alloy wheels. 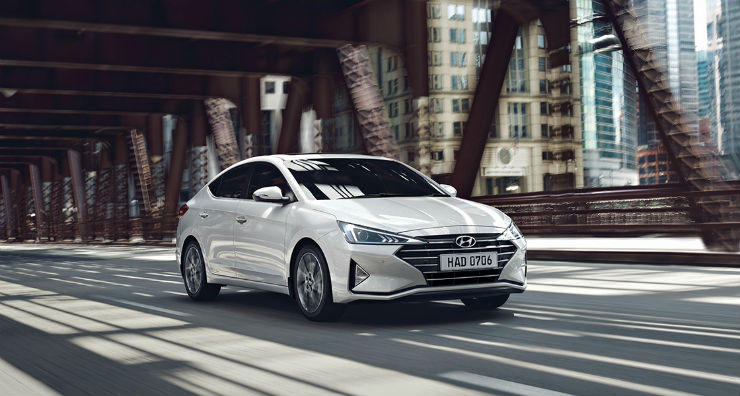 The front bumper gets massive trapezoidal fog lamp housings, which look quite good on the car and add a sporty look to it. The rear of the Elantra gets a swooping down C-Pillar, which gives a coupe-like look to the vehicle. Other changes in the rear of the car include new angular LED tail lamps that are mounted on the boot lid. Features like a reverse camera are visible through the camouflage. It should be noted that the car is likely to be similar to the US-spec Elantra. The feature-list of the latest Elantra in the US include a forward collision warning with automatic emergency braking, blind-spot monitors, lane departure warning with an active lane control system and cross-traffic alert. In India, Hyundai may chop down the number of features to put an attractive price tag on the vehicle. Often such features in India due to the addition of cost. 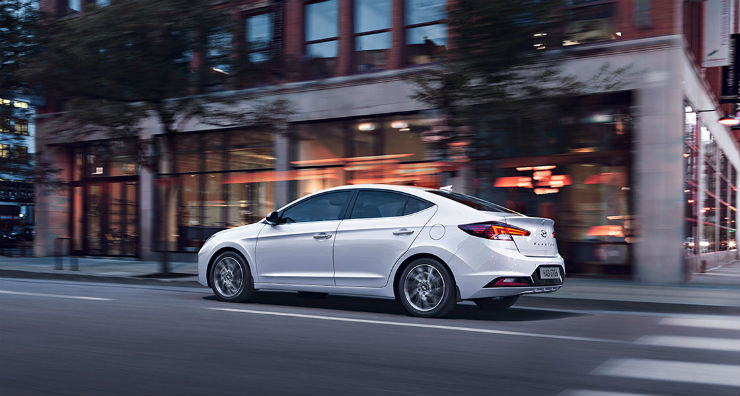 The Indian version of the Hyundai Elantra will launch with the same engine options. It currently gets a 2.0-litre petrol engine and a 1.6-litre diesel engine option. Since the car is expected to be launched by the end of the year, Hyundai may put the BS6 compliant engine options at the time of the launch.