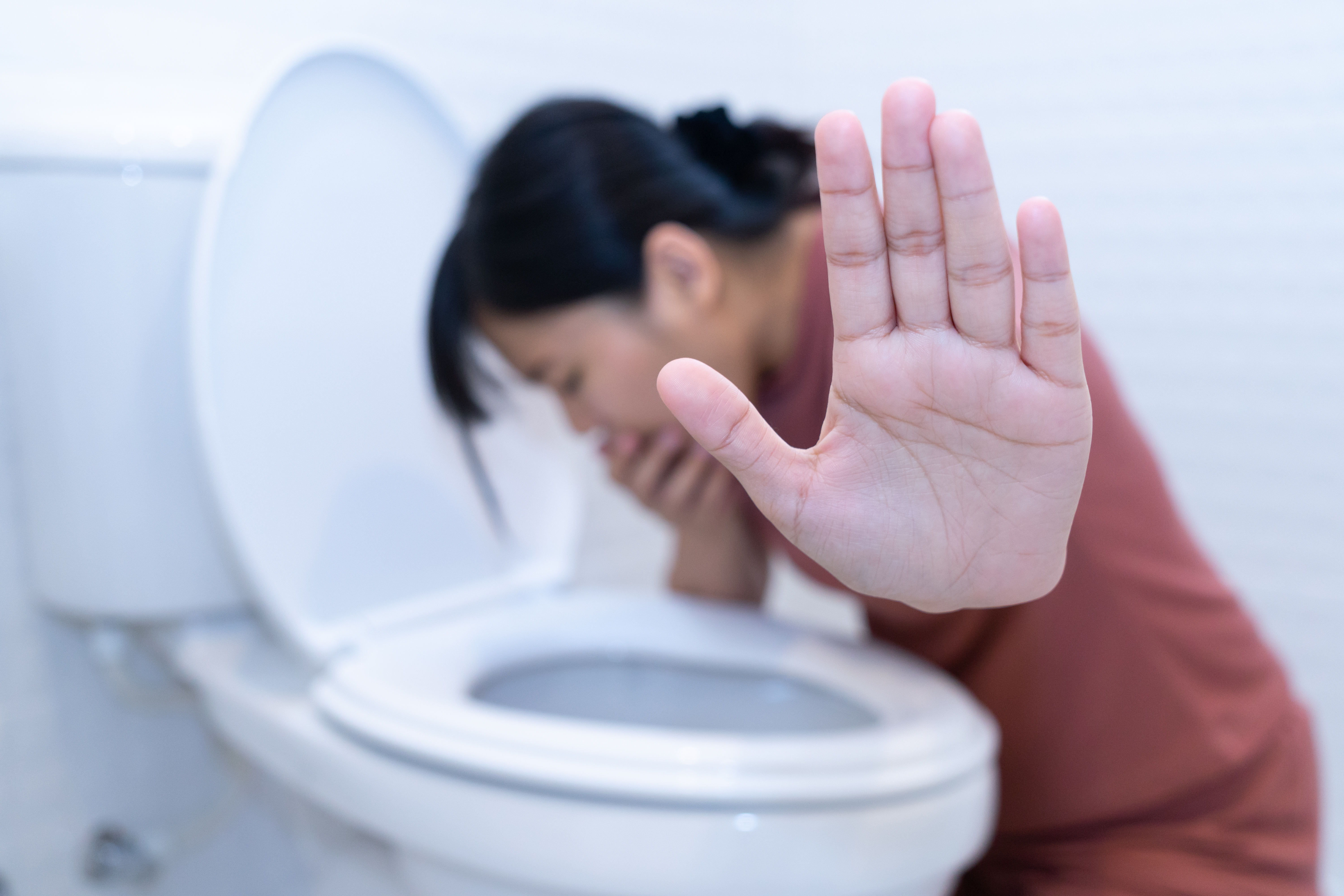 Morning sickness — the common term for nausea and vomiting during early pregnancy — is not unusual, as many women know. Starting around the sixth to eighth week of pregnancy, as many as 80% of women report having nausea and 50% experience vomiting. But as comedian Amy Schumer can attest, hyperemesis goes well beyond what people generally think of as morning sickness. Marked by doggedly persistent nausea and vomiting, hyperemesis occurs in up to three out of 100 pregnancies. Not surprisingly, women who have hyperemesis often lose weight: losing approximately 5% of pre-pregnancy weight is common.

Why does hyperemesis occur?

We don’t know why women experience nausea and vomiting during pregnancy. Nor do we know why some women experience such an extreme version of symptoms. One possibility is higher levels of certain hormones, such as estrogen or the hormone human chorionic gonadotropin (hCG), which is sometimes called the pregnancy hormone.

We do know that certain women are at higher risk for hyperemesis. This includes women with twin or triplet pregnancies, a history of motion sickness or migraine headaches, or a family history of hyperemesis. Women who had hyperemesis in a prior pregnancy are also more likely to experience it again.

What happens when women have hyperemesis?

Hyperemesis is the most common reason for admission to the hospital in the first trimester of pregnancy, most often due to severe dehydration. Kate Middleton was hospitalized during her first pregnancy due to the severity of her symptoms. Women who are severely affected may develop electrolyte abnormalities that require treatment with intravenous fluids.

If vomiting is so severe that a woman cannot take in any liquid or solid food, she may need a feeding tube placed through her nose to carry a nutritious liquid supplement to her stomach. This is helpful when a woman is losing weight or having electrolyte abnormalities, which can affect heart rhythms. Particularly if hospitalization occurs, hyperemesis can interfere with a woman’s ability to work and perform daily activities. Research suggests women with severe symptoms may have higher rates of depression and pregnancy termination.

Are there health risks to the fetus?

Usually, health risks to the fetus are minimal. Women with hyperemesis have lower rates of miscarriage. Possibly, this is due to the increased levels of pregnancy hormone hCG, which may be linked to their symptoms in the first place. No research on women with hyperemesis shows problems with fetal organ development. However, a systematic review of studies did show an increased risk of low-birthweight infants and premature infants. The long-term effects of hyperemesis on children are unknown, but generally it is unlikely to be linked to permanent harm.

Can hyperemesis be prevented or eased?

The first step is prevention, though clearly this will not solve the problem for every woman.

Acupressure, acupuncture, and acustimulation have been studied in women with hyperemesis.

The research is mixed, but some evidence suggests acupressure may be helpful in treating symptoms. I advise my patients that it is safe. If they feel it could help, they can try it.

Pharmacologic therapy is also recommended to keep symptoms from getting worse. First-line treatment is vitamin B6 with the antihistamine doxylamine (Unisom). If this fails, a woman might try a combination of antinausea and antihistamine medications. If severe bouts of nausea and vomiting last beyond 10 weeks of pregnancy, her healthcare team may recommend a short course of high-dose steroids.

Generally, symptoms of hyperemesis peak in the first trimester. Most likely this is due to rapidly increasing levels of the pregnancy hormone hCG, although increasing levels of estrogen also contribute to nausea and vomiting. Most women find their symptoms resolve by 20 weeks of pregnancy — halfway to a full-term pregnancy. However, some women have persistent symptoms beyond that time. And a very few women may have symptoms until they give birth.