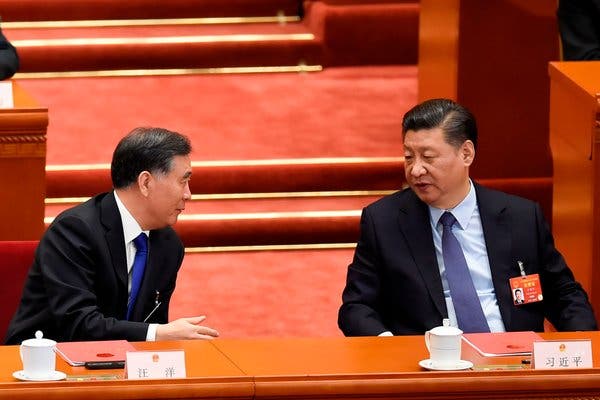 HONG KONG — Weeks before this semiautonomous city erupted in political chaos over a contentious extradition bill, more than 200 of its most powerful business leaders were summoned to the Chinese government’s headquarters here.

The message from Beijing: If you have worries about the bill, keep them to yourself.

And they did — until hundreds of thousands of protesters took to the streets. When the Chinese government appeared unsure how to react, and a later protest turned violent, business leaders were stirred into action. Deals were canceled. Money appeared to flee, raising concerns that Hong Kong could cede financial ground to Singapore. Within days, a handful of business leaders were publicly suggesting that the Hong Kong government should back down.

Public defiance forced the government to capitulate, in a stinging setback for the city’s ultimate masters in China. It also gave the business community cover to speak out.

In interviews with The New York Times, more than a dozen top business and political leaders said that the city’s titans of commerce and finance had wrestled with when and how to act. They feared the extradition bill would expose them to the authoritarian arm of Beijing. But only when Beijing seemed to waver did they emerge to oppose it.

“If you do business in China, although you may have worries, when the absolute top leader asks for your support, what do you say?” said Michael Tien, a retail magnate and one of two pro-Beijing Hong Kong lawmakers to openly call for delaying the bill’s passage.

As the fight over Hong Kong’s future rages, its business leaders — once the city’s biggest power brokers — are in a position that is growing more precarious. China’s rise has enriched Hong Kong, but it has also emboldened Beijing to take a greater hand in the city’s affairs.

That stronger hand threatens Hong Kong’s future as a global commercial hub, but business leaders increasingly fear resisting a Chinese government that does not tolerate dissent.

Outside pressures also played a role in the business leaders’ speaking out. Local tycoons were spooked by rising threats by lawmakers in the United States to reconsider an American policy granting special trade status to Hong Kong, raising the prospect that the city could become another front in President Trump’s trade war with China.

Hong Kong, a former British colony, owes its rise to its position as the world’s bridge to China. It operates under its own laws, enjoying independent courts and wide freedom of expression. That has made it an ideal base for local billionaires and global companies to run their mainland businesses.

Those business types have long enjoyed tremendous power. They control roughly one-third of the seats of the Legislative Council, the city’s lawmaking body. A few tycoons own the property companies, utilities, supermarkets and other businesses central to everyday life.

Their support, or lack of it, has helped decide the fate of other political movements. A pro-business party effectively blocked a 2003 law that would have extended China’s national security apparatus into the city, resulting in the eventual ouster of Hong Kong’s top leader. By contrast, businesses harshly criticized the 2014 occupation of parts of the city by protesters opposing the mainland’s increasing sway in Hong Kong. The protest ultimately faltered.

The extradition bill drew immediate worry from the business community when it was submitted in February. The bill would make it possible for Hong Kong to extradite suspects to the mainland. In closed-door meetings, business leaders argued that it could make them vulnerable to charges of corruption in China, where bribery has long been seen as a cost of doing business but has become the target of a nationwide crackdown in the past few years.

“When we started to open up factories in China, the overall rule of law was not so mature,” said Felix Chung, a Legislative Council member and Liberal Party leader who represents the textiles and garment sector.

“A lot of things had to be done by special ways, through corruption, bribery or whatever,” said Mr. Chung, who opened his factory on the mainland in 1993.

In March, Mr. Chung and other Hong Kong business representatives met privately with John Lee, the top official at the city’s Security Bureau, which submitted the original bill, to express their concerns. After the meetings, the government narrowed the scope of the bill, easing the worries of some business owners, but bribery remained on the list of offenses that could lead to extradition.

Opposition built among local and international businesses. By the end of March, the American Chamber of Commerce in Hong Kong said that it still had “serious concerns” about the bill, adding that it would “reduce the appeal of Hong Kong to international companies considering Hong Kong as a base for regional operations.”

The Hong Kong offices of global multinational companies were flooded with emails and telephone calls from head offices worried about the implications of the legislation.

“It would apply to the accountants and the bankers who structure the loans to the corporate lawyers who advised on the various issues of the financing,” said Michael Vidler, a prominent lawyer in Hong Kong.

“All it would take is some breakdown in a business deal or someone not wanting to repay a loan with an entity in China with a high-placed official, and they would find themselves at the end of the extradition requests,” he said.

Chinese officials tried to quell dissent. On May 17, they summoned more than 200 pro-Beijing officials and business leaders to discuss the bill and seek support for the measure. A few days later, two of the most senior officials in the Chinese Communist Party, Han Zheng and Wang Yang, voiced their support.

With the date for lawmakers to approve the bill looming, the typically pro-establishment Hong Kong Law Society uncharacteristically called for the government to delay passage. The call from the society, which represents lawyers involved in a wide range of commercial transactions, helped to galvanize many ordinary citizens and small-business owners, to speak out in protest.

Four days later, on June 9, hundreds of thousands of people filled the streets of Hong Kong in one of the largest demonstrations in the city’s history.

China’s reaction was muted. The Foreign Ministry said it still supported the bill and criticized “foreign forces that interfere” in Hong Kong’s affairs. But local tycoons realized that Beijing had underestimated the local opposition.

The next day, Abraham Shek, a pro-Beijing lawmaker who is a director of Goldin Financial, a major real estate developer, demanded an urgent board meeting. Goldin Financial was on the verge of completing a hard-won deal to buy a $1.4 billion property at the site of Hong Kong’s old Kai Tak airport.

The board decided to abandon the deal, forfeiting $3.2 million as a penalty, citing “social contradiction and economic instability.”

Mr. Shek did not respond to requests for comment. A spokesman for Goldin Financial said the company had no more to add.

“I think it was sensible,” Mr. Chung, the Liberal Party leader, said. “What if Hong Kong becomes a very unstable place with many demonstrations every week?” he added.

In the United States, Speaker Nancy Pelosi expressed “deep concern” and suggested that Congress could reconsider the United States-Hong Kong Policy Act, which gives the city special status for customs and commercial purposes.

Still, Hong Kong’s leaders did not dare speak out publicly until after June 12, when tens of thousands of protesters surrounded the Legislative Council building, preventing lawmakers from debating the bill. Police officers fired tear gas and shot rubber bullets. Businesspeople watched the fray from their skyscraper windows.

The business world squirmed. A share sale worth more than $1 billion by the property developer ESR Cayman was postponed because of the instability, said a person with knowledge of the decision, who asked to speak anonymously because the discussions were private. ESR declined to comment.

A gauge of money supply in Hong Kong known as Hibor spiked that day to its highest point since the depths of the financial crisis in 2008, suggesting that some panicked investors might be pulling their money out of Hong Kong.

By Friday, Bernard Chan, president of a local insurer and a top government adviser, and Mr. Tien, a deputy to China’s national parliament, urged a pause on the bill.

“After you had this many people in the streets and there were casualties, we did not want further escalation,” Mr. Chan said.

Carrie Lam, the city’s chief executive, met with pro-Beijing lawmakers and senior Chinese officials. Then, on Saturday, June 15, she said she would postpone the bill.

The battle over the bill is not over. Mrs. Lam or any successor could still push it through. But many people within Hong Kong’s business community hope that Beijing would see the value in addressing the concerns of people and companies.

Hong Kong Takes to the Streets
The public outcry over potential extraditions to mainland China raises questions about the city’s future.
Hong Kong Was a Refuge for Mainland Chinese. The Extradition Bill Could Change That. 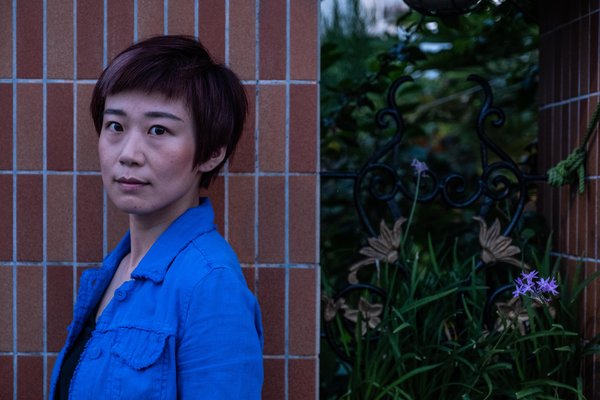 In Battle for Hong Kong, the Field Has Tilted Toward Beijing 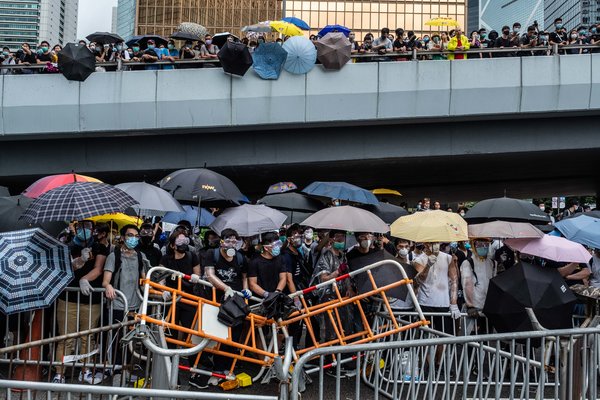 What Is Hong Kong’s Extradition Bill? 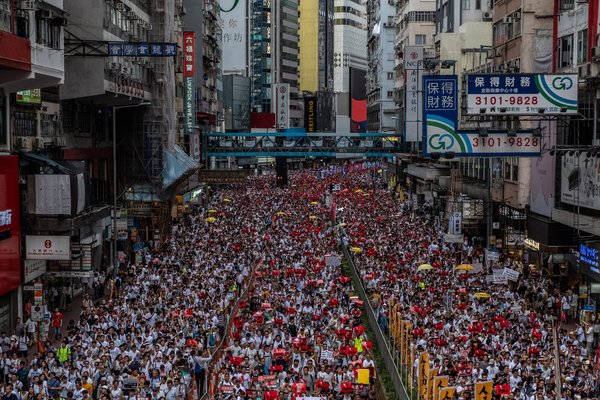