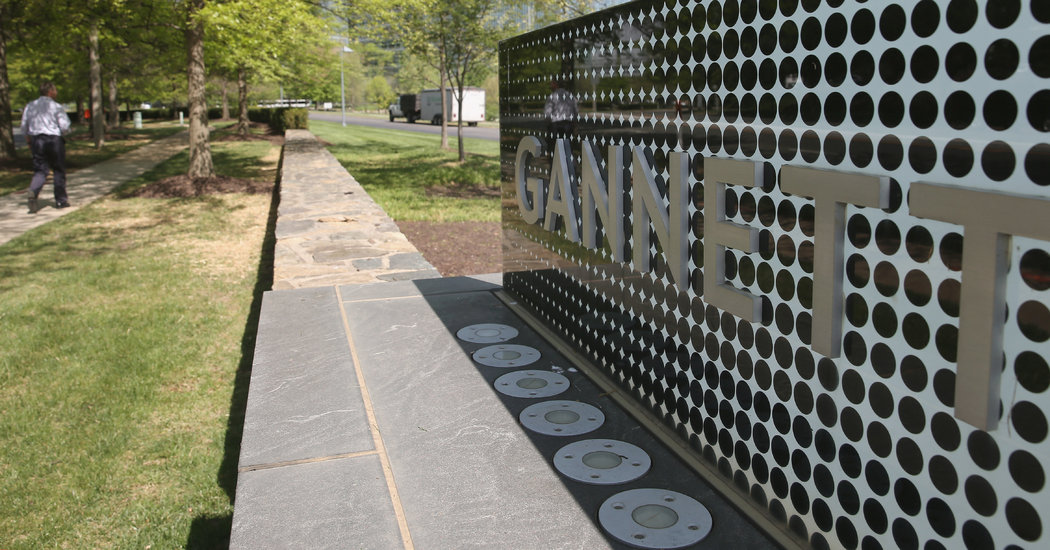 An agreement between two large newspaper chains on Monday laid the groundwork for a new publishing behemoth while raising questions about future investments in local journalism.

New Media Investment Group, a holding company that controls GateHouse Media, announced that it had agreed to buy Gannett, the owner of USA Today and more than 100 other publications nationwide, in a transaction valued at roughly $1.4 billion.

Once combined, GateHouse and Gannett will publish more than 260 daily newspapers in the United States, along with more than 300 weekly publications, in 47 states, as well as Guam. The new company will go by the name Gannett.

The companies expect that savings from the merger, which is expected to be completed by the end of the year, would total as much as $300 million annually. And though they said the merger would “enhance quality journalism,” both companies have cut costs in recent years by laying off journalists.

Gannett owns The Detroit Free Press, The Arizona Republic, The Milwaukee Journal Sentinel and other prominent newspapers in small, midsize and large cities. GateHouse Media, which owns 154 daily newspapers and operates in 39 states, has been on a buying spree in recent years, striking deals to acquire The Austin American-Statesman, The Palm Beach Post and The Akron Beacon Journal.

The planned merger comes more out of perceived weakness than strength: With a few exceptions, newspapers are struggling as readers abandon ink and paper in favor of websites and news apps. Print advertising revenue has plummeted, and the money publishers have made from digital advertising has fallen short of what newspapers used to bring in from print ads.

One result has been the increase in so-called ghost papers — thin versions of once robust publications put out by bare-bones staffs. Although print newspapers are in steep decline, Wall Street-backed companies like GateHouse Media and MediaNews Group, see them as still valuable, if distressed, assets.

In 2018, the print business still brought in $25 billion, according to a study by the University of North Carolina. New Media Investment Group, a publicly traded company with headquarters near Rochester, N.Y., has put money into journalism through GateHouse Media.

In recent years, GateHouse Media has shrunk newsrooms while pursuing shareholder value, in part by consolidating operations in regional hubs and merging newspapers. Gannett, which has been in the news business for nearly a century, laid off journalists all across the country earlier this year.

In a conference call Monday, Michael Reed, the New Media chairman and chief executive who will run the combined company, declined to specify how cost savings would result from the merger, citing “efficiencies” and “cost reallocation.” New Media is managed by the New York investment management firm Fortress Investment Group through an affiliate. Fortress is owned by SoftBank, a Japanese conglomerate.

John Jeffry Louis, the chairman of Gannett, said in a statement, “We see numerous opportunities to leverage the combined company’s enhanced scale and financial strength to continue to drive growth in the digital future.”

Penny Abernathy, a journalism professor at the University of North Carolina who has studied the decline of newspapers, said layoffs were all but guaranteed. Noting that both companies house business functions and even editors in regional centers away from the newsrooms, Ms. Abernathy added that the combinations of shrunken newsrooms and distant management could have a bad effect on local coverage.

“Often you have a publisher responsible for five or six newspapers,” she said. “There’s no way, when you’re removed from that community, that you understand what’s happening on the ground in the same way that you would understand it if you lived in that community.”

Even before the merger, the two companies were the two largest chains in terms of both number of newspapers owned and circulation, according to researchers at the University of North Carolina. Combined, their papers would have a circulation of more than eight million.

Gannett has been a sought-after property. Earlier this year, it fended off a takeover attempt by MediaNews Group, a company controlled by the hedge fund Alden Global Capital.

The agreement on Monday calls for Gannett shareholders to receive $12.06 per share in a combination of cash and New Media shares, for a premium of about 18 percent.

Though New Media is buying its competitor, the company resulting from the deal will go by Gannett, a name that goes back to the early part of the 20th century, when Frank E. Gannett, who owned half of the Elmira Gazette in Elmira, N.Y., became a media baron with the acquisition of other newspapers.

“We are honored to become a part of Gannett’s storied history and a steward of their strong media properties into the future,” Mr. Reed, the New Media executive, said in the statement. “We are committed to delivering significant synergies in a thoughtful manner.”