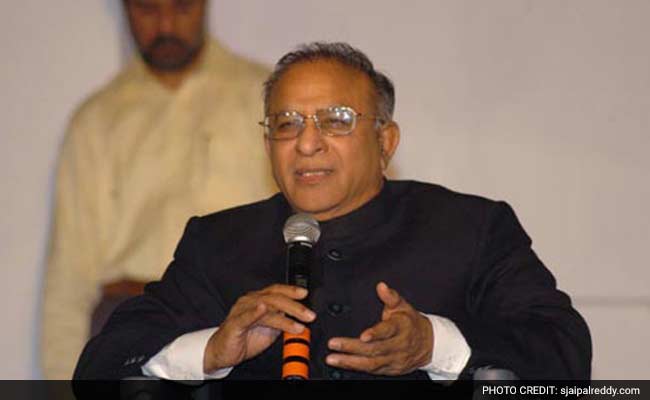 Senior Congress leader and former Union minister Jaipal Reddy died at a hospital in Hyderabad early hours of Sunday. He was 77.

He was recently diagnosed with pneumonia and was admitted to the hospital, where he died at 1.28 am, news agency PTI reported.

Mr Reddy has been a parliamentarian for several decades since 1984. During his political career, Mr Reddy served as a Lok Sabha MP five times and was elected to the Rajya Sabha two times.

He was the information and broadcasting minister in IK Gujral government. During the UPA-1 government he held portfolios like urban development and culture.

In UPA-2, he was again assigned the urban development ministry. Later, he became the minister of petroleum and natural gas. He was then shifted to the science and technology and earth sciences ministries.

We are saddened to hear of the passing of former Union Minister Jaipal Reddy. A senior Congress leader, he served as an LS MP 5 times, an RS MP 2 times and as an MLA 4 times.
We hope his family and friends find strength in their time of grief. pic.twitter.com/3BHVc07OYA

Uttam Kumar Reddy, who heads the Congress in Telangana, remembered him as one of the state’s greatest sons.

Deeply saddened & pained by the sudden demise of one of Telangana’s greatest sons – Shri Jaipal Reddy garu. He was a 4 term MLA, 5 term Lok Sabha MP, 2 term Rajya Sabha MP & a former Union minister. It is a huge personal loss for me & for the @INCIndia family. We will miss him. pic.twitter.com/dvozZgFhf8

Mr Reddy’s funeral would take place in Hyderabad on Monday.