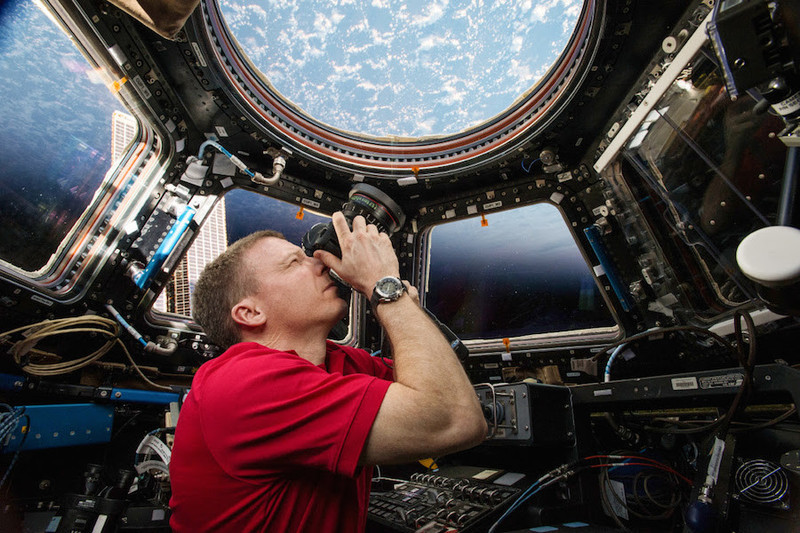 Are you ready for the Next Giant Leap from the Moon to Mars? I’ve just finished writing about the local events in Pasadena for the 50th Anniversary of the Lunar Landing and that entailed watching the PBS American Experience “Chasing the Moon,” NOVA “The Planets” Mars episode and the PBS/BBC “8 Days to the Moon and Back” while eating a lot of cheese (cheese toast and tamales stuffed with cheese).

I’ve already bought my Snoopy Moon-related t-shirt and am thinking that my favorite moon-related movie is the Wallace and Gromit stop-motion claymation “A Grand Day Out.” And as I prepare to design something bunny-related to celebrate the 50th Anniversary of the Moon landing (because I used to operate under the name Lapins dans la Lune since the Japanese believe there are rabbits on the moon making mochi) I wondered what are your favorite moon-related songs and movies.

Last year we presented the Inaugural Ebert Symposium on Empathy and the Universe. One of the highlights of the event was the appearance of astronaut Terry Virts, who filmed the movie “Blue Planet” from space using the techniques taught to him by director Tony Myers. Ms. Myers taught filmmaking techniques to over 150 astronauts. (Sadly, she passed away shortly after the Symposium.) “Blue Planet” blasted us all into space, and that was an adventure we will treasure. Now, Colonel Virts is embarking on his directorial debut. On the same day and time that Apollo 11 took off fifty years ago, he will depart from Cape Canaveral in an attempt to break a round-the-world speed record.

While searching for movies for the Symposium I saw a documentary at the Air and Space IMAX Theater in Washington, DC, by Rory Kennedy called “Above and Beyond,” which was about the 60th anniversary of NASA. It was also sort of an homage to her uncle President John F. Kennedy, who started our space race with the challenge of a moon shot to put man on the moon within ten years. Although he did not live to see it, that goal was indeed accomplished in less time than he imagined. What was equally interesting in the film was something I hadn’t really associated with NASA before, the Earth Science aspect of the research and work they do that ties into facts about how we use our earth’s resources, as well as how it influences climate change. Also, it helped me to understand other reasons for putting Mars into our aspirational travel for the future. I highly recommend the movie, along with the poem, “Disorientation,” penned by another of our symposium guests, Katie Mack (@AstroKatie).

As an aside, for those of you interested in outer space I also recommend signing up for the newsletter from Space.com.

I love the “Apollo 13” and think Tom Hanks‘ “From the Earth to the Moon” is the best American miniseries ever made. The last episode draws a parallel to one of my other favorites, Melies’ “A Trip to the Moon.” Bugs Bunny’s “Haredevil Hare” features a trip to the moon and is the debut of Marvin the Martian. Wallace and Gromit go to the moon in “A Grand Day Out.” I also love “The Dish” and “Hidden Figures.”

Ever since I was a kid I’ve always been fascinated by the moon. I would look up at the sky and try to imagine the dark side of the moon making up the rest of the moon. Here are some films that me think of the moon:

“Werckmeister Harmonies” Although it has nothing to do with the moon. The film starts with an opening monologue about a solar eclipse that is amongst the most haunting and descriptive opening monologues ever captured on film. The imagery in this film is as daunting and intimidating as anything I’ve ever seen. It reminds me of the feeling you get when you look at the black emptiness of cosmic space. The more you attempt to grasp its vastness, the more you realize how insignificantly small you are. Watching this film felt like I was inadvertently peaking at something that is beyond myself. I get the same feeling when I look up at the dark sky and gaze at a half lit moon.

Duncan Jones’ “Moon” is an obvious one. I’ll share with you one of the most interesting theories I’ve heard about this film while discussing it online with another film enthusiast. (Spoilers ahead) He explained how “Moon” is actually about organized religion. His theory is farfetched, yet fascinating nonetheless. The way he saw it, Sam’s term on the moon stands for our time on Earth. The implanted memories and recorded videos with his wife signify religion being imposed and forced on us. He further explained how in the film Sam has to be behave accordingly and if he does his job well then after his time on the moon (our time on Earth), he is promised to travel to an after-life of joy and happiness (Earth for him, heaven for us). Sam serves Lunar Industries, an unseen corporation in the distant sky symbolizing God. He sends out messages and assumes they are being listened to (as in daily prayers), when in fact, they were probably never delivered at all. He backed up his interpretation with further support mentioned how at the end of the Sam(s) time on the “Moon”, they lie down in a box which is similar in shape to a coffin and instead of being sent to the promised land, their body is cremated to ashes. Therefore the clones represent generations of humans who are told the same lie in order to preserve order.

Other films that come to mind include:

“The Farthest”- one of the most fascinating documentaries about NASA’s launch of an object bearing messages from the earth.
“It’s a Wonderful Life” – George lassos the Moon.
“2001: A Space Odyssey”
“Shadow of the Moon”
“Apollo 13”
“For All Mankind”
“Woman in the Moon”
“A Grand Day Out”
“The Fabulous Baron Munchausen”
“From the Earth to the Moon”
“A Trip to the Moon”
“The Tale of Princess Kaguya”
“The Wolf Man”
“Joe Versus the Volcano”

“The Farthest” is not about any space object! It’s about the Voyagers and their golden records. I also covered JPL and the PBS panel about Voyager. Those who were involved were really tickled about V’Ger in “Star Trek: The Motion Picture.”

My favorite moon-related song is “I Don’t Want to Live on the Moon,” as performed by Ernie from “Sesame Street.”

“I don’t want to live on the moon” always makes me sad.

Here’s the first moon song that comes to mind for me:

For all my Brandy fans out there:

And I was listening to this a couple days ago:

I almost forgot about my boy Erro:

Can’t say it’s a good song but I’ve had this stuck in my head since “Titan AE” came out.

Well, there’s “Moondance” and “Moonshadow,” of course. And the moment when Marlon Brando moons the offended tango bar patrons in “Last Tango in Paris.” But beyond the moon there is the planet Sunev (spell it backwards), the ultimate destination for the Three Stooges in “Space Ship Sappy,” which produced my favorite line in any Stooges short: “I can’t die; I haven’t seen ‘The Eddy Duchin Story’ yet.” I plan on using that on my deathbed.

Andrzej Żulawski’s glorious and deranged “On the Silver Globe” would be a Polish addition to this list.

I agree with Matt Zoller Seitz that no moon song tops the “Sesame Street” classic, “I Don’t Want to Live on the Moon.” I can’t help being reminded of Jim Henson‘s bittersweet vocals when Tom Hanks gazes wistfully back at Earth from his lonely lunar perch in “Apollo 13.”

Yet I’d argue that the best moon-related soundtrack in cinema can be found in John Landis’ 1981 cult classic, “An American Werewolf in London.” It contains no less than three versions of Richard Rodgers and Lorenz Hart’s “Blue Moon”: Bobby Vinton’s dreamy rendition (let’s face it, the man has a fixation on anything blue, considering his favored color of velvet), Sam Cooke’s uptempo variation, and most unforgettably, the Marcels’ giddy cover linked below that plays over the end credits and left an indelible impression on Edgar Wright (as discussed in Robert K. Elder’s invaluable book, The Film That Changed My Life). The soundtrack also includes Van Morrison’s “Moondance” and Creedence Clearwater Revival’s “Bad Moon Rising.”

This is more space-related, but Captain Star was this amazing animated series that was the antithesis of Star Trek in every way, not to mention hilarious (the titular character was voiced by Richard E. Grant, natch). The theme song has that spacey sound:

Since Jim Henson came up, I’d like to take a moment to give Pigs! In! Space! its due. It might have the most direct, no-nonsense, easy-to-recall theme “song” out there:

And finally, in the original French version of Three Men and a Baby (Trois hommes et un couffin), there’s this lovely scene where the men try to get the wee one to sleep, so they sing a sweet, sweet version of “Au clair de la lune”:

This thread has been–wait for it–out of this world. You’ve all taken a simple moon theme and boldly taken it where no thread has gone before. I am, as always, in awe.

I’m loving it and back to writing about the real deal but I did take time out to watch a 2014 French animation: “Mune: Guardian of the Moon” (on Netflix). Very sweet and no cute creatures made with merchandising in mine but it did win Best Film Award at the Tokyo Anime Awards.

I love the inclusion of “Pigs in Space” because it is the Year of the Pig after all! I think this and “Captain Star” will be on my must-watch list for this week.