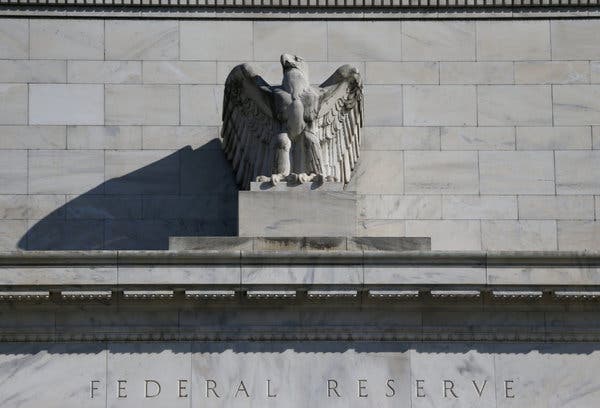 Heading into their policy decision and news conference Wednesday, there were a lot of ways Federal Reserve officials could have messed things up.

One possibility was a repeat of the meeting in December, when markets judged Chairman Jerome Powell and the Fed to be oblivious about negative forces building in the markets and in the global economy, and sold off precipitously over the next days.

But the opposite risk was present as well — that out of fear of repeating the December episode, Mr. Powell would exhibit too much of a hair-trigger reaction to recent signs of a slowdown in inflation pressures and industrial activity. If those turn out to be false alarms, a rate cut now would be counterproductive by signaling pessimism and making the Fed look jittery and perhaps even overly influenced by President Trump’s threats to try to demote Mr. Powell over interest rate policy.

The early evidence is that the Fed successfully steered between both those shoals.

It left interest rates unchanged (currently at a target range of 2.25 percent to 2.5 percent.). But it signaled in characteristic central bank-speak that it would probably cut them later in the year if current patterns continued. In particular, rates are likely to be cut if it turns out that the drops in both medium- and longer-term interest rates in the last few weeks weren’t just a false signal, but a useful prediction that the world economy was slowing meaningfully.

Mr. Powell said as much, but it’s also evident in the policymakers’ projections. In March, for example, the median Fed official expected the main interest rate target to be at 2.6 percent at the end of next year; now the forecast stands at 2.1 percent for that time period.

In effect, Fed officials are indicating they think it’s pretty likely they will need to cut rates, but are waiting for more evidence.

The relatively muted reaction of financial markets suggests that Wall Street viewed the move as appropriately balanced. The stock market was up, but only a little, which helps reduce the sense the Fed is just acting to prop up stocks, while bond yields fell further as markets became more confident that rate cuts were on the way.

So in terms of the narrow goal of getting through Wednesday without either markets falling apart or the Fed’s credibility being shredded, it was a good day for Mr. Powell.

But the flip side of that is that some lingering questions have been put off to another day.

Deciding to wait for more evidence is a decision, too. Waiting might buy the Fed more time to make sure it’s getting the decision right, but at the cost of losing the opportunity to show it is aggressive and willing to get ahead of a potentially serious problem.

Put differently, if you wait until there is completely compelling evidence of an economic shift before doing something about it, you’re probably too late.

On the other hand, if the Fed later judges that the recent bad news really was just a temporary blip and that rate cuts were actually not needed, they will face the reality of rate cuts even more baked into the prices of Treasury bonds. It would be a doozy of an adjustment to bring them into alignment. If the sharp drop in rates that has taken place since November were to reverse quickly, it could cause huge damage to interest-sensitive sectors like housing and automobiles.

Two-year Treasury notes are currently yielding 1.75 percent, while the short-term federal funds rate is at around 2.4 percent. That’s a lot of interest-rate cutting priced into financial markets at a time the Fed seems to want to go slow.

Mr. Powell was asked at the news conference about academic research suggesting that when interest rates are near zero, a central bank actually should be more aggressive, rather than less, about cutting rates in the event of a slump — to maintain credibility that it will not let deflation take hold.

He acknowledged the idea behind that work, saying that “an ounce of prevention is worth a pound of cure,” but declined to connect it to what exactly the Fed might do in the current circumstance. “I don’t know what that means in terms of the size of a particular rate cut going forward,” he said.

So did the Fed get it right Wednesday with the balanced, nuanced approach Mr. Powell chose? The answer is: Ask in a few months.