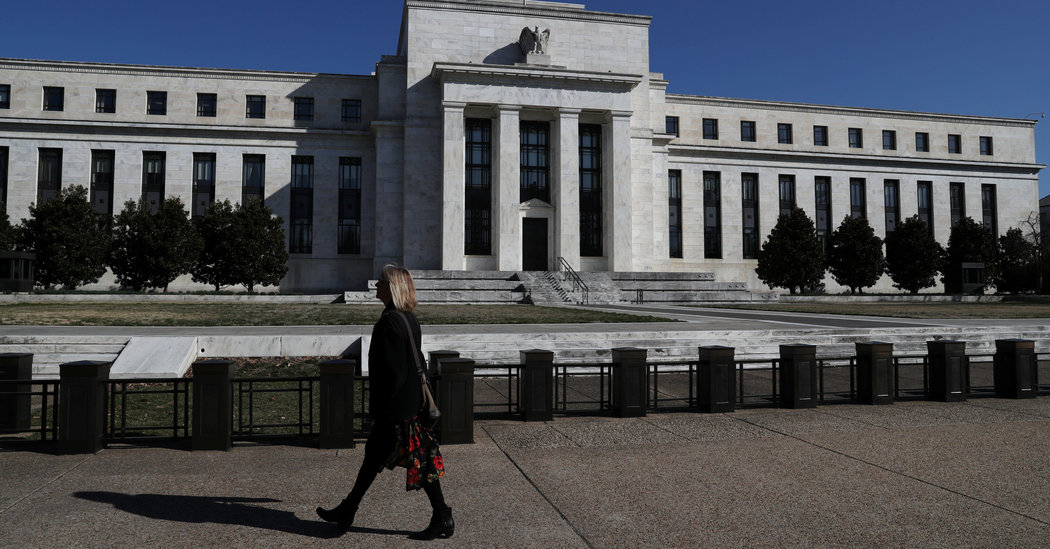 The Federal Reserve said on Thursday that its annual tests of the financial strength of the 18 largest banks in the United States revealed that each had enough capital to justify paying some of it out to shareholders.

The clean bill of health is good news for big banks and their shareholders, but it could fuel concerns that federal regulators are embracing a laissez-faire approach to financial oversight.

There was one caveat to the Fed’s across-the-board thumbs-up: The central bank said it found weaknesses in how Credit Suisse was measuring potential losses, and the Fed therefore capped the amount of money the Swiss bank could return to its investors until it corrected the problem.

The Fed’s “stress tests” examine how the largest banks would fare in a severe economic downturn or a sudden shock to the global financial markets. After a two-part evaluation, banks either receive permission to return capital — via repurchasing their own shares, paying dividends or other means — or are prohibited from doing so until they fortify their capital cushions or strengthen their management.

“The results show that these firms and our financial system are resilient in normal times and under stress,” Randal K. Quarles, the Fed official in charge of supervising banks, said in a statement on Thursday.

The Fed is required by the Dodd-Frank financial-regulation law to perform regular health checks on banks. The goal is to make sure they have enough capital to withstand a repeat of the 2008 financial crisis and wouldn’t require taxpayer bailouts.

Investors are likely to cheer the results, because banks will now be able to give shareholders a cut of the record profits they have been earning. Those profits are due in part to the strong United States economy and also to the Trump administration’s 2017 tax cuts.

Within minutes of the Fed releasing the test results, the country’s four largest banks — Bank of America, Citigroup, JPMorgan Chase and Wells Fargo — announced that they could repurchase a total of about $105 billion of their own shares. The four banks also said they would increase their dividends.

Last year, Goldman Sachs and Morgan Stanley had to cap the sums they gave back to investors after the Fed said they needed more capital. Deutsche Bank, which has a large but struggling business in the United States, was the only company to fail last year’s test outright.

This year, a couple of banks squeaked by.

JPMorgan Chase had to submit adjustments to its capital payouts after the Fed found that in a severe crisis it would not have met minimum capital requirements.

Deutsche Bank passed this year, though it is still under intense scrutiny by United States and European regulators and prosecutors. The Fed said that Deutsche Bank still had more changes to make to its capital operations, but that it had passed the test because it had made significant progress on fixing its problems.

This year, for the first time since the stress tests began, the number of banks the Fed examined shrank sharply — a sign of a swing to lighter regulation under President Trump.

Instead of looking at 35 banks, as it did in 2018, the Fed this year examined only the largest 18. The change was a result of a new law that relaxed some parts of the Dodd-Frank rules. The law raised the total amount of assets a bank could hold — to $250 billion from $50 billion — before it was considered systemically important. The Fed also decided to start performing the tests once every two years instead of annually.