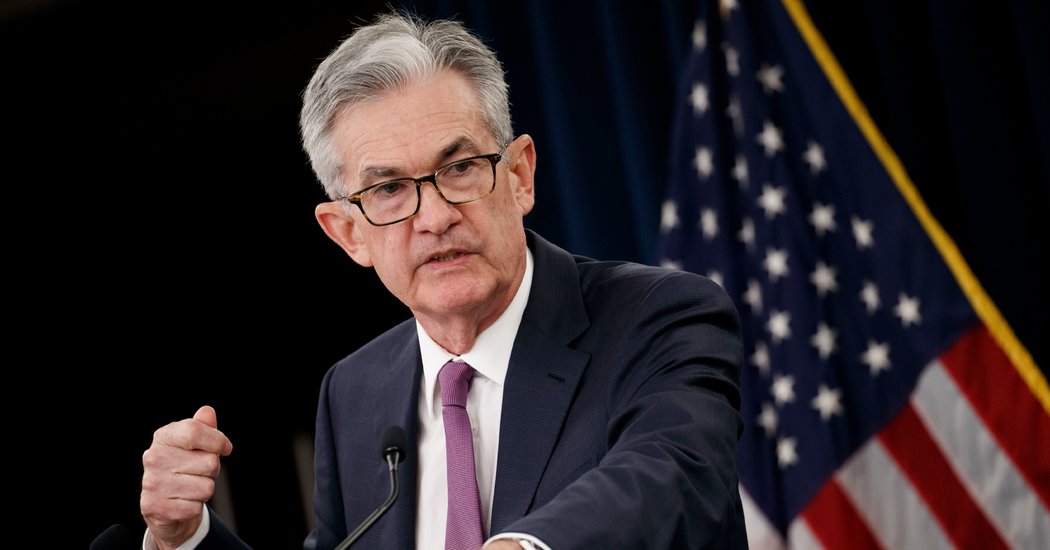 WASHINGTON — Federal Reserve officials worry that the uncertainty caused by the trade war between the United States and China could be constraining business spending and may be contributing to a manufacturing slowdown that is dragging on growth.

The concerns were outlined in the Fed’s semiannual Monetary Policy Report, released on Friday as Jerome H. Powell, the chair, prepared to testify on Capitol Hill next week.

The report said that the American financial system was more resilient today than it was before the 2008 financial crisis, that economic activity had increased at a “solid pace” in the early part of this year, and that the job market was performing well. But it also noted risks on the horizon as President Trump’s trade spat with China drags on.

Manufacturing has slumped in many advanced economies and the flow of goods has slowed, but the report cautioned that identifying specific causes was difficult. In addition to the trade war, the report cited a slowing demand for technology products and one-time factors as playing a role.

In May, the United States increased its tariffs on $200 billion in Chinese goods. Although negotiations between the two countries have been revived, the administration could impose additional levies if no resolution is reached.

The latest tariffs, the Fed said, “appear to have lowered imports and exports in the United States and elsewhere, while uncertainty surrounding trade policy could be leading firms to delay investment decisions and reduce capital expenditures.”

Against that backdrop, the Fed has shifted from a campaign of increasing interest rates slowly and steadily to a more patient approach that has left rates unchanged since December. Policymakers signaled last month that they were prepared to cut rates soon.

The report affirmed that stance, saying that the Federal Open Market Committee, the Fed’s policymaking group, would “act as appropriate to sustain the expansion.”

The report reiterated that the inflation rate had been lower than the Fed would like. A certain amount of inflation is considered healthy, both in making it easier for consumers and companies to pay back debt and in affording the Fed more leeway to lower interest rates in a downturn.

The Fed cited potential risks to financial stability, including several from overseas that it described as moderate but that it warned could spill into the United States. Those include a potential “no deal” British exit from the European Union, fiscal challenges in Italy, high debt levels in China and a possible escalation of the trade war.

“Growth indicators from around the world have disappointed, on net, raising concerns about the strength of the global economy,” the report said. “Meanwhile, contacts in business and agriculture have reported heightened concerns over trade developments.”

Leveraged loans, those extended to companies already saddled with heavy debts, remain a cause for some concern. “There are signs that credit standards for new leveraged loans are weak and have deteriorated further over the past six months,” the report said, adding that a slowdown in economic activity could “pose notable risks” to borrowers and creditors.

“Such developments could increase the downside risk to economic activity more generally,” the report said.