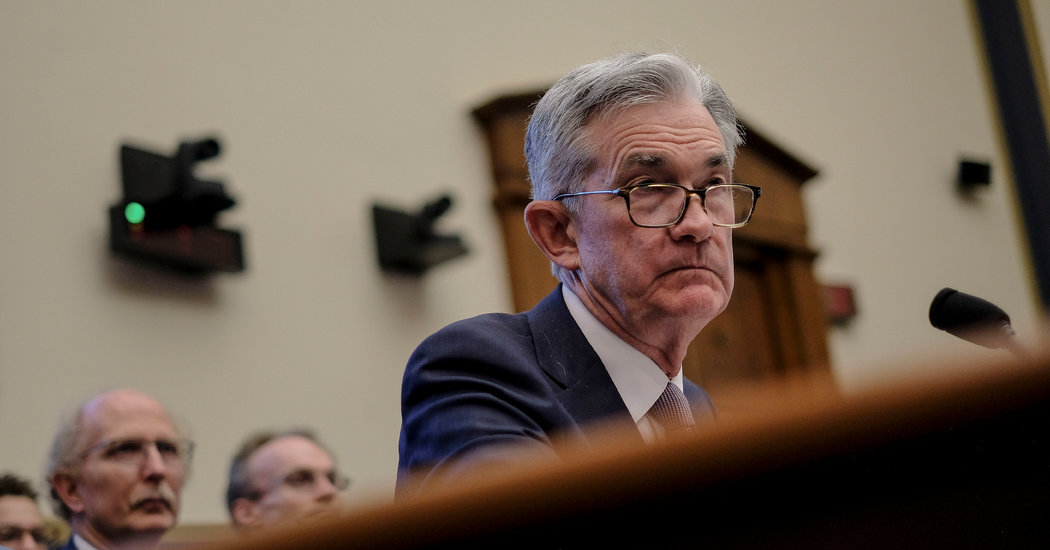 Facebook is facing a growing chorus of doubts about its new Libra cryptocurrency project from authorities around the world, ahead of two congressional hearings on the initiative next week.

On Wednesday, the chair of the Federal Reserve, Jerome Powell, said Libra raised a host of “serious concerns” around “money laundering, consumer protection and financial stability.”

“I just think it cannot go forward without there being broad satisfaction with the way the company has addressed money laundering” and other issues, Mr. Powell said as he testified before the House Financial Services Committee.

Mr. Powell is the latest central banker to express skepticism about Libra, which Facebook announced last month. Central bankers from Britain, France, the European Central Bank, Singapore and China have all voiced concerns. Separately, just over a week ago, five top Democrats on the Financial Services Committee wrote a letter to the social network calling on it to “immediately cease implementation plans” for Libra until lawmaker questions were answered.

The scrutiny is set to intensify when the Senate Banking Committee holds a hearing on Libra on Tuesday. The House Financial Services Committee is scheduled to hold a separate hearing about the project a day later.

The top Democrat on the Senate Banking Committee, Sherrod Brown of Ohio, sent a letter on Wednesday to Mr. Powell and others at the Fed, asking the central bank to protect consumers and the economy from “Facebook’s Monopoly Money.”

“We cannot allow giant companies to assert their power over critical public infrastructure,” the letter said.

The blowback to Libra is the latest challenge for Facebook, which has been under fire for not guarding its users’ data privacy and for spreading disinformation and misinformation globally. Those issues have hurt the Silicon Valley company’s once stellar reputation and raised questions about whether it can properly exercise its power. Since then, Senator Elizabeth Warren, the Massachusetts Democrat who is running for president, has called for Facebook and other tech companies to be broken up and the Federal Trade Commission has agreed to handle potential antitrust investigations into the social network.

A Facebook spokeswoman pointed to a letter that David Marcus, who is overseeing the project, sent this week to members of Congress who had criticized Libra. In the letter, Mr. Marcus wrote that “policymakers and others are raising important questions.”

“We want, and need, governments, central banks, regulators, nonprofits and other stakeholders at the table and value all of the feedback we have received,” the letter said.

When Facebook unveiled Libra, company executives said they hoped it would become a new global currency and the foundation for an alternative financial system. The goal would be that Libra would enable digital payments, with companies such as Uber and Spotify taking the cryptocurrency as payment for car rides and online subscriptions.

Facebook announced Libra with 27 partners, including Mastercard and Uber, and said it hoped to have 100 by next year. Each enterprise partner is expected to invest at least $10 million in the initiative.

Unlike Bitcoin, Libra will have a stable value, backed by a basket of international currencies, such as the dollar, euro and yen. Before Libra is introduced, a Swiss association that is governing it will have to agree on the final design of the cryptocurrency and find banks willing to hold the money to back up the currency. Financial regulators, many of whom have been hesitant about cryptocurrencies, will need to sign off on the design.

“There is no better time for us to do this,” Mr. Marcus said in an interview with The New York Times last month.

Mr. Marcus has said Facebook is not controlling Libra, because Libra will be supervised by the Swiss association made up of the social network and all its partners on the project. Yet the partners themselves have shown some hesitancy about Libra, and Facebook has faced the blowback over Libra on its own.