They’re often disappointed to learn that even the earliest of the contour bottles are not terribly valuable because the bottles were produced in the millions. The standardized contour bottle was patented in late 1915 and became more prevalent as bottlers phased out the straight-sided bottles that preceded the famous design.Petretti’sCoca-ColaCollectibles Price Guide(11th Edition) lists a 1916 embossed contour bottle that sells for just $6 to $15. To a novice collector, it’s almost a case of reverse sticker shock. It’s a classic case of supply and demand. Because the embossed contour bottles were mass produced, exceptionally durable and available for more than 40 years, they generally have modest values as collectibles. To the naked eye, these bottles will look pretty much the same. The only differences from 1915 to present day for embossed bottles are changes in the trademark registration notice and patent notice on the bottles.

The toughest bottles to collect are the early Hutchinson bottles, the first bottles forCoca-Cola®, which were used from the mid-1890s to the early years of the 20th Century. Because they were in the market for a limited period of time, they’re hard to find. In good condition, they can bring premium dollars. Petretti’s guide lists a Hutchinson bottle with a script-lettered logo ranging from $2,500 to $4,000. Some sell for even more today. There are only a dozen or so varieties of HutchinsonCoca-Colabottles from a few towns in Alabama, Georgia, Tennessee and Mississippi. Trying to amass a collection of Hutchinson bottles today is a major undertaking in terms of both time and finances.

The Hutchinson bottles derived their names from the metal stopper device used to seal them. The stopper contained a seal at the neck. To open the bottle, the consumer punched down on a metal loop in the stopper, which broke the seal and made a popping sound. That’s what gave “soda pop” its name. After the turn of the century, the Hutchinson stoppers were gradually phased out and replaced by bottle caps or crowns.

Between the phasing out of the Hutchinson bottles and the phasing in of the familiar contour bottle, bottlers used a wide range of straight-sided bottles that were generic for both the soft-drink and brewing industries. Petretti’s guide calls this era a “gold mine” for collectors. You can find an enormous variation in the sizes, colors and markings of bottles. The straight-sided bottles can vary in value from $25 up to around $400, depending on the condition and the uniqueness. Amber-colored bottles, sold widely in the South and Midwest, tend to be more valuable than the clear or light green or flint straight-sided bottles that were more common in other parts of the country.

Before TheCoca-ColaCompany created a line of flavored drinks, most of the bottlers created their own brands, with orange, root beer, strawberry, grape and fruit-flavored drinks. Because they were not allowed to put them in bottles with the “Coca-Cola” script, the bottlers developed their own “flavor bottles.” The writing on many of these bottles indicates they are property of the local Coca-Cola bottling company. Collectors can find an enormous variety in flavor bottles, and most are very inexpensive to collect.

In the early 1900s, TheCoca-ColaCompany sold its syrup to soda fountains, where it was mixed with carbonated water in proper proportions before serving the drink to customers. The syrup bottles were ornately etched and equipped with a metal cap for precise serving. They were staples of small soda fountains from the turn of the century well into the 1920s. The bottles can be very valuable today, with the earliest in the series worth several thousand dollars or more in mint condition.

SomeCoca-Colabottlers carried a line of seltzer, adding carbon dioxide to water to make it effervescent. Seltzer bottles are another popular collectible and can be worth hundreds of dollars or more, depending on their condition. Some are extremely decorative, with a wide range of colors, designs and etchings. Some have script logos, as opposed to block type. Others have figures or animals.

Until the early 1960s, the town where the drink was bottled was embossed on the bottom of contour bottles. Many of us remember playing the “distance game” when we were younger; the person whose bottle carried the name of the most distant city was the winner. Many collectors are intent on getting every variant of those bottles. Veteran collectorJohn Thom of Woodstock, Ga., has accumulated bottles from 1,200 of the 1,450 different towns he has identified that bottledCoca-Cola.

John started collecting bottles about 25 years ago when he was digging at a home site and found several old Coke bottles from the 1940s. His collection has grown to include some straight-sided bottles and even some HutchinsonCoca-Cola bottles. Several years ago, he came across a straight-sided bottle from the tiny town of Buena Vista, Ga., dating back to 1912 or 1913. The bottle was one of several that had been dug up near Warm Springs, Ga., and until that time there had been no record of straight-sided bottles made in Buena Vista. Finds like this add to the mystery and excitement of collecting.

Today, John says he buys bottles mostly at differentCoca-Colacollectible conventions, through auctions or from other collectors. He still goes to flea markets and yard sales, although the competition for valuable items has picked up dramatically in recent years. “The thing about Coke collecting is that good pieces are always going to be good pieces,” he says.

In a special reintroduction in 2000, TheCoca-ColaCompany restored the embossed bottles with the cities on the bottom to meet people’s interest in recapturing part of the Company’s heritage. This time, however, the 24 cities embossed on the bottom of the 8-ounce glass contour bottle were selected because of their special connection -either historical or just plain fun -toCoca-Cola.

Atlanta, Ga., was chosen because it is the hometown of Coca-Cola. Cokeville, Wyoming, has its name on a bottle because the Company just liked the way the small town’s name sounds. And Roswell, N.M., stars on a bottle because if aliens ever were to land on earth and taste their firstCoca-Cola, this just might be the place that would happen.

Receive a hand-picked selection of our best music articles

No posts match the widget criteria

Please check if there are posts that match all the below criteria. If not, remove the wrong ones in the widget settings. 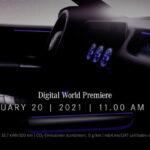 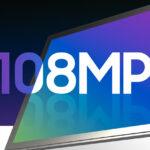