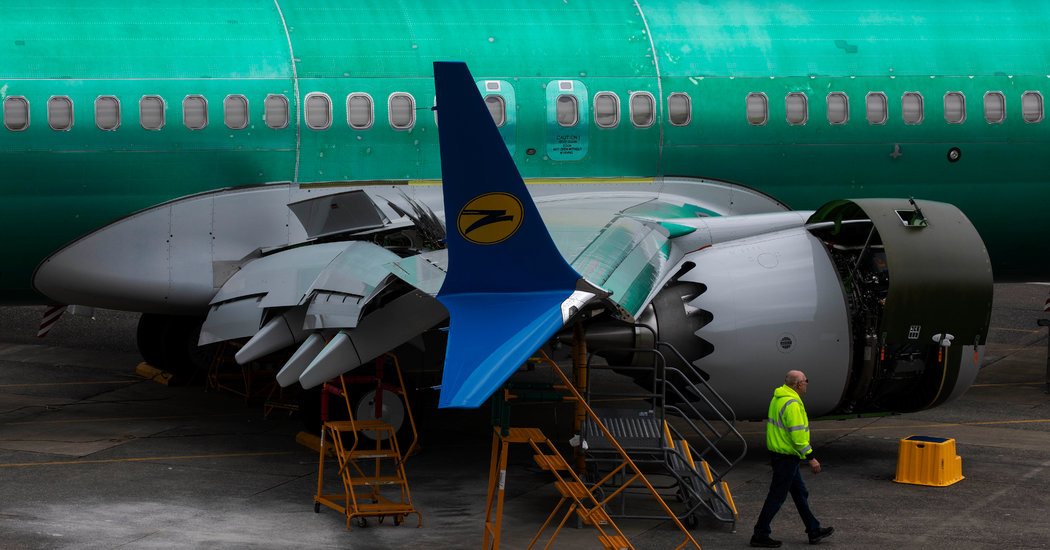 The Federal Aviation Administration said Wednesday that it had recently discovered a new problem with the 737 Max jet that Boeing must correct before the plane is returned to service.

In a flight simulator last week, F.A.A. pilots tested erroneous activations of anti-stall software that pushes down the nose of the Max, two people with knowledge of the matter said. The software, known as MCAS, was involved in two crashes that killed 346 people.

In at least one instance, an F.A.A. pilot was unable to quickly and easily follow Boeing’s emergency procedures to regain control of the plane. The pilot rated that failure as catastrophic, meaning it could lead to the loss of an aircraft midflight, the people said. The situation that was tested is highly unlikely to occur during a typical passenger flight, but the regulator is still requiring Boeing to make a fix, one of the people said.

The discovery may erode confidence in Boeing’s assertions, in conversations with regulators, airlines and aviation unions, that well-trained pilots can easily handle a software malfunction based on their understanding of standard emergency procedures.

It also adds to the roadblocks that have kept pushing back the Max’s return to flight. Nearly 500 Max jets have remained grounded across the globe since March, as the company faces a barrage of questions from the F.A.A. and international regulators.

In recent weeks, the F.A.A. has been testing a broad array of potential failures involving the anti-stall software, partly to ensure that the fix Boeing has developed does not introduce new problems.

In a statement on Wednesday, Gordon Johndroe, a Boeing spokesman, said the company had been working for eight months to provide a comprehensive update to the software. “The safety of our airplanes is Boeing’s highest priority,” Mr. Johndroe said.

Boeing hopes to have the Max back in the air early in the fall. Several airlines have canceled flights on the plane into early September.

During a congressional hearing last week, aviation leaders criticized Boeing’s conduct after the two deadly accidents — a Lion Air flight in Indonesia in October and an Ethiopian Airlines flight in March. They also questioned the design, certification and production of the Max and discussed whether foreign pilots had sufficient training.