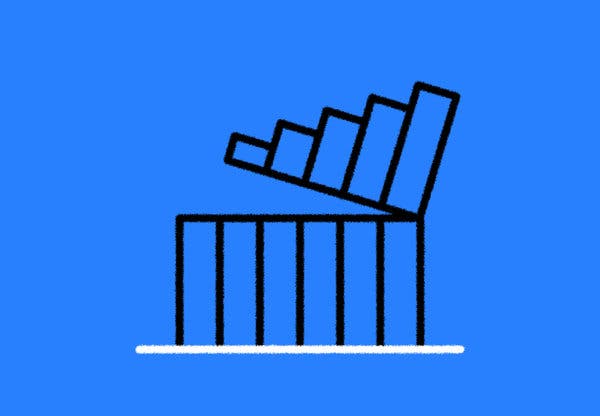 Want this column in your inbox? Sign up here.

Whether you’re just coming back from a summer vacation, in the midst of one or not taking any time off, you’ve probably been too busy marveling at Megan Rapinoe to stay on top of business and tech news this week. Don’t worry — we’re here to catch you up.

At least, not yet. While Amazon increasingly relies on machines to pluck products from shelves, box them up and ship them to your doorstep, that doesn’t mean the humans who now do those things are out of a job. The company announced an ambitious, $700 million retraining program for a third of its employees in the United States (about 100,000 people), all in the name of adapting to the changing role of workers as automated technology continues to do more of the heavy lifting. In related news, Prime Day — Amazon’s annual sale for Prime members — will span 48 hours this year, from Monday to Tuesday, and has spawned competing discounts at stores like Target and Walmart.

President Trump gathered his loudest online supporters for a social media summit at the White House on Thursday. Not on the guest list: leaders from the social media platforms themselves, like Twitter and Facebook, which Mr. Trump and many right-wing internet personalities have accused of having an anti-conservative bias. Several political extremists were barred from Facebook, Instagram and YouTube this year for promoting hateful ideologies, and Twitter rolled out new rules against “dehumanizing speech” on Tuesday. Mr. Trump recently said Twitter “should be sued because of what’s happening with the bias.” In May, his administration released a tool called “share your story,” which collects anecdotes from people who believe their social media accounts have been unfairly banned.

A Tax on Technology

The French government passed legislation on Thursday to tax Facebook, Google, Amazon and other digital behemoths that profit from their business in France but have headquarters in the United States. It’s the first tax of its kind, but other European countries may soon follow suit. It’s also a shot across the bow at the White House, which has claimed that the tax discriminates against American companies. The Trump administration warned France that it would fight the new measure — possibly with its favorite weapon: tariffs.

The money manager Jeffrey Epstein was once considered so rich and powerful that he managed to sidestep federal charges when he pleaded guilty to a state prostitution charges in 2008. Now he’s facing sex-trafficking charges in New York (where he owns a $77 million mansion), and the leniency of his previous sentence has been called into question. Wrapped up in the furor is Alexander Acosta, who said Friday that he would resign as labor secretary after an uproar over the plea deal he struck with Mr. Epstein more than 10 years ago, when he was a prosecutor in Miami. The hunt for his replacement is expected to begin this coming week.

The chair of the Federal Reserve, Jerome Powell, made it seem nearly certain that the Fed will lower interest rates at its meeting at the end of July, highlighting jitters over the global economic slowdown and the trade war with China. It would be the first rate cut since the recession hit over a decade ago. The stock market rejoiced at the prospect, but some critics believe it’s premature, given that the United States economy is still motoring along at a record-breaking pace. Other officials said they worried that Mr. Powell was bowing to political pressure from Mr. Trump, an outspoken proponent of rate cuts.

Jeremy Hunt or Boris Johnson? Britain’s new prime minister will be announced on July 23, when Parliament tallies the results of a runoff vote. Mr. Hunt and Mr. Johnson have been in a monthslong face-off in the Conservative Party to succeed Theresa May, who said she would step down after failing to secure an agreement to ferry Britain through its withdrawal from the European Union. (Ms. May has made no secret of her distaste for Mr. Johnson’s showy leadership style, and expressed frustration that some of her former opponents on the Brexit deal are now backing him.) Whoever wins will have to resume the Brexit negotiations, whose messy delay has already caused serious damage to Britain’s economy.

The United States women’s soccer team got a ticker-tape parade for its World Cup victory — which doubled as a rally for equal pay. Virgin Galactic announced that it would go where no space tourism company had gone before when it makes an initial public offering this year. And Deutsche Bank came down to earth with a thud, rolling out a reorganization that will shed 18,000 jobs.