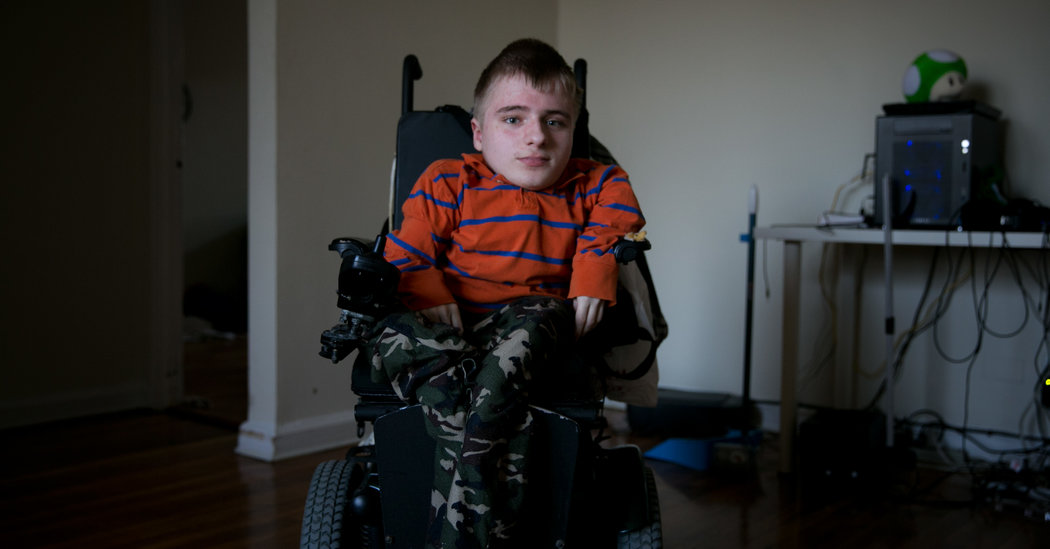 Fredrick Brennan was getting ready for church at his home in the Philippines when the news of a mass shooting in El Paso arrived. His response was immediate and instinctive.

“Whenever I hear about a mass shooting, I say, ‘All right, we have to research if there’s an 8chan connection,’” he said about the online message board he started in 2013.

It didn’t take him long to find one.

Moments before the El Paso shooting on Saturday, a four-page message whose author identified himself as the gunman appeared on 8chan. The person who posted the message encouraged his “brothers” on the site to spread the contents far and wide.

In recent months, 8chan has become a go-to resource for violent extremists. At least three mass shootings this year — including the mosque killings in Christchurch, New Zealand, and the synagogue shooting in Poway, Calif. — have been announced in advance on the site, often accompanied by racist writings that seem engineered to go viral on the internet.

Mr. Brennan started the online message board as a free speech utopia. But now, 8chan is known as something else: a megaphone for mass shooters, and a recruiting platform for violent white nationalists.

And it has become a focal point for those seeking to disrupt the pathways of online extremism. On Sunday, critics characterized the site as a breeding ground for violence, and lobbied the site’s service providers to get it taken down. One of those providers, Cloudflare, a service that protects websites against cyberattacks, said it would stop working with 8chan on Sunday night. And Mr. Brennan, who stopped working with the site’s current owner last year, called for it to be taken offline before it leads to further violence.

“Shut the site down,” Mr. Brennan said in an interview. “It’s not doing the world any good. It’s a complete negative to everybody except the users that are there. And you know what? It’s a negative to them, too. They just don’t realize it.”

[Read our live briefing for the latest updates on the El Paso shooting.]

Mr. Brennan, who has claimed that he got the idea for 8chan while on psychedelic mushrooms, set out to create what he called a free speech alternative to 4chan, a better-known online message board. He was upset that 4chan had become too restrictive, and he envisioned a site where any legal speech would be welcome, no matter how toxic.

The site remained on the fringes until 2014, when some supporters of GamerGate — a loose reactionary collection of anti-feminist video gamers — flocked to 8chan after being kicked off 4chan.

Since GamerGate, 8chan has become a catchall website for internet-based communities whose behavior gets them evicted from more mainstream sites. It hosts one of the largest gatherings of supporters of QAnon, who claim that there is an international bureaucracy plotting against the Trump administration. And it has been an online home for “incels,” men who lament being “involuntarily celibate,” and other fringe movements.

“8chan is almost like a bulletin board where the worst offenders go to share their terrible ideas,” said Jonathan Greenblatt, the chief executive of the Anti-Defamation League. “It’s become a sounding board where people share ideas, and where these kinds of ideologies are amplified and expanded on, and ultimately, people are radicalized as a result.”

8chan has been run out of the Philippines by Jim Watkins, a United States Army veteran, since 2015, when Mr. Brennan gave up control of the site.

The site remains nearly completely unmoderated, and its commitment to keeping up even the most violent speech has made it a venue for extremists to test out ideas, share violent literature and cheer on the perpetrators of mass killings. Users on 8chan frequently lionize mass gunmen using jokey internet vernacular, referring to their body counts as “high scores” and creating memes praising the killers.

Mr. Brennan, who has a condition known as brittle-bone disease and uses a wheelchair, has tried to distance himself from 8chan and its current owners. In a March interview with The Wall Street Journal, he expressed his regrets over his role in the site’s creation, and warned that the violent culture that had taken root on 8chan’s boards could lead to more mass shootings.

After the El Paso shooting, he seemed resigned to the fact that it had.

“Another 8chan shooting?” he tweeted on Saturday. “Am I ever going to be able to move on with my life?”

Mr. Watkins, who runs 8chan along with his son, Ronald, has remained defiant in the face of criticism, and has resisted calls to moderate or shut down the site. On Sunday, a banner at the top of 8chan’s home page read, “Welcome to 8chan, the Darkest Reaches of the Internet.”

“I’ve tried to understand so many times why he keeps it going, and I just don’t get it,” Mr. Brennan said. “After Christchurch, after the Tree of Life shooting, and now after this shooting, they think this is all really funny.”

Mr. Watkins did not respond to multiple requests for comment.

Over the weekend, 8chan’s critics tried a different tack to get the site shut down, by pressuring the site’s service providers, including its web host, to cut off Mr. Watkins.

One of these providers, the security company Cloudflare, initially indicated on Sunday that it would not cut off 8chan’s access to its network. But later in the day, Cloudflare said it would ban the site after all, depriving Mr. Watkins of a critical tool for keeping the site online.

Matthew Prince, Cloudflare’s chief executive, said the decision to shut off 8chan’s protections was made after determining that the site had allowed an environment of violent extremism to fester, and that 8chan ignored complaints about violent content in a way that larger platforms, such as Facebook and Twitter, have not.

“We’ve seen a pattern where this lawless community has demonstrated its ability to create real harm and real damage,” Mr. Prince said of 8chan. “If we see a bad thing in the world and we can help get in front of it, we have some obligation to do that.”

Another company, Tucows, which controls 8chan’s domain name registration, had no plans as of Sunday evening to disable the site’s web address.

“We have no immediate plans other than to keep discussing internally,” said Graeme Bunton, manager of public policy at Tucows.

In the early days of 8chan, Mr. Brennan defended the right of 8chan users to post anonymously, without censorship. And he dismissed incidents of harassment or violence by users of the site as the price of being an open forum.

“Anonymity should not be taken away from everyone just because of a few bad apples,” he told Ars Technica, the technology website, in a 2015 interview.

But more recently, Mr. Brennan, who has begun attending a Baptist church, has tried to persuade Mr. Watkins to shut down the site. He and Mr. Watkins live near each other in the Philippines, he said, and he often drives past Mr. Watkins’s house on his way to church.

Mr. Brennan said that other websites, like Facebook and Twitter, also play a role in spreading the kinds of violent messages that often originate on 8chan. But he said that those sites have been more proactive about removing dangerous content, making them less appealing venues for a would-be terrorist.

“Shutting it down, having these chan sites pushed underground, it wouldn’t totally stop these kinds of things from happening,” he said. “But it wouldn’t happen every few months.”

Mr. Brennan said he doubted that Mr. Watkins makes money from 8chan, since it is free to use and costly to maintain, and since its toxic content has made it radioactive to advertisers. (In a 2017 interview, Mr. Watkins said of running 8chan, “It doesn’t make money, but it’s a lot of fun.”) And Mr. Brennan is hopeful that sustained pressure on Mr. Watkins and his son will get them to change their minds eventually, and take down 8chan for good.

“How long are they just going to allow this to go on?” he asked.