June had the Stonewall riots, a landmark moment in the modern gay rights movement. July, the moon landing. August, the grisly Manson murders, followed by the endless mud of Woodstock.

These events have been fodder for countless songs, movies, university courses, history books and romance novels. And now, in 2019, they have begot another special summer: of 50th-anniversary celebrations that are public, elaborate and full of nostalgia. Millions of people from around the world are joining in, along with sneaker designers, toothbrush companies, hotels, museums and news organizations.

Far be it for us to deflate the spirits of those, say, dancing in constellation-printed rompers and drinking Budweiser at the Space Center Houston a couple of weeks ago. But then to happen upon less momentous commemorations, like a copy of People magazine celebrating the 30th anniversary of the movie “When Harry Met Sally” at the corner newsstand, is to wonder: Just what is the point of marking them? Is doing so essential somehow for society’s psychological well-being, an attempt to collectivize experience increasingly diffused by the distractions of the internet? Or just more chances for corporations to sell us stuff?

Also, what’s with the nice round numbers (or, more specifically, multiples of five)? “We need to point out the strangeness of it, the peculiarness of it, the fact that no one voices dissent in any media forum, to say ‘We are overdoing this’ or ‘Let’s talk about something else this weekend,’” said William Johnston, a history professor emeritus at the University of Massachusetts, Amherst, and the author of the 1991 book “Celebrations: The Cult of Anniversaries in Europe and the United States Today.” “Something gets wiped out because it’s not an even number. Hitler’s assassination attempt, it was 51 years ago, so we won’t pay attention to it.”

Many people seem to enjoy celebrating significant anniversaries of cultural occasions almost as much as those of their own marriages.

Nineteen percent more people visited Space Center Houston in the first week of July than the same week last year, according to the organization.

Five million people (more than half of the New York City’s entire population) attended the Stonewall 50 celebrations that culminated the last week in June; 200,000 of them, about 130,000 more than last year, walked in the official parade, wearing rainbow outfits and Lady Liberty costumes, according to Chris Frederick, the executive director of NYC Pride.

“Invitations for Pride events were coming from every brand, every hotel, every bar, every toothpaste,” said Ross Matsubara, 34, a publicist and style director in New York who is gay. “I think if I was an older cis male who isn’t as prideful, I might be sick of it.”

With the Woodstock 50 festival canceled after months of organizational snafus, perhaps it’s time we reconsidered the mega-anniversary celebration.

Turn it On Again

One of the main reasons this hype is happening now, said Carolyn Kitch, a professor of media and communications at Temple University, is because these Big Three events were among the first to have vibrant, cohesive footage (and much of it in color). “There are iconic photographs, iconic news coverage that every television station and newspaper wants to use,” she said. “It makes the stories take on a greater importance.”

Mr. Johnston pointed out that “100-year anniversaries only have black and white photos. That’s why 1969 is just ideal. All the television stations have tapes of Woodstock, Stonewall, the moon landing. You can ignore it for the weekend of the anniversary if you want, but it’s the same choice as choosing to turn off the World Series.”

People also live longer now, and are in better health in their 70s and 80s. That means there are a lot of people who were adults during the original event and want to revisit the moment 50 years later (perhaps more clearheadedly).

In 1969, Steven Janney Smith was a 19-year-old with long, unruly hair and a wardrobe that included a rhinestone-collared T-shirt. He remembers driving all night from a party in Detroit at 100 miles an hour to get to Woodstock for the tail end of the festival. “I was at a house party, and I just decided, ‘I want to go,’” said Mr. Smith, now 69 and an interventional radiologist in Chicago. “I can’t remember what bands we saw, but I remember it stunk. The festival was in a cow pasture, which nobody ever mentions in rhapsodic stories about that sacred gathering.”

Still, the anniversary is giving him a chance to pull out his photos and figure out how to get some of that freedom back. “There were no cellphones then, no one knew where you were. I didn’t have any place to be, I didn’t have any worries in the world,” Mr. Smith said. “That was a type of freedom that I need to get back now.” He paused: “I need to find somewhere to celebrate this anniversary with people who get it.”

One group he might not want to party with are the younger generations, for whom the monoculture is a distant concept, flocking to these celebrations.

For some it’s a fascination for events that happened before their time. “I’ve always joked my biggest regret in life was not being born in time for the moon landing,” said Stefanie Waldek, 27, a writer, editor and digital producer based in Brooklyn who traveled to Houston for the lunar landing anniversary. “I think that the moon landing was the greatest achievement of mankind, and I wanted to be surrounded by people who made it possible.”

Ms. Waldek met astronauts from the Space Shuttle program and listened to flight controllers who were part of the missions speak. She also met current administrators who are plotting upcoming missions back to the moon and then to Mars. She visited the newly restored mission control center made famous by the movie “Apollo 13.” Still, “I don’t necessarily think that being in Houston for the 50th anniversary could ever compare to watching the landing live in 1969,” she wrote in an email. ”But I did feel a great sense of gravitas.”

For others “milestoning,” as we’ll call it, might offer a chance to escape their current troubling reality of ecological emergency and mass shootings. “The frenzy of collective remembering supplies an excuse briefly to forget everything else,” said Mr. Johnston.

Emilie Aries, 31, who owns a professional development company based in Denver, will spend the Woodstock anniversary weekend at her in-laws’ farm in North Branch, N.Y. Her father-in-law was at the original event, and he’s inviting his peers over for a party with a local band. Guests have been instructed to bring photos of themselves from the ’60s to display on a tree.

“I want to be around all these hippies and talk to them about how they rebelled against the establishment,” Ms. Aries said. “It is a counter to the hate we are seeing from the current administration today. I want to be reminded of the power of love and see if I can take away any lessons.”

Mr. Smith is excited that some millennials want to learn from his generation. “I always thought they see baby boomers as some sort of fossils who screwed up things for them like climate change,” he said.

The main argument against anniversary celebrations, particularly the glitzy 50ths, is that they’ve been corrupted by corporate interests.

Corporate sponsors of Stonewall 50 included T-Mobile, Mastercard, Hyatt, Macy’s, Target, Delta, Diet Coke, Unilever, Nordstrom, MAC, Skyy vodka, Omnicom Group and many, many others. In late July, a month after the anniversary celebration, there was still a sign on a bus stop in the West Village from TD Bank announcing itself as “A Proud Partner of Stonewall 50.”

“Commercial enterprises are exploiting this event to call attention to their product,” Mr. Johnston said. “I think most people can see right through that.”

But while Mr. Matsubara noted rainbows at a WeWork, an “old fuddy-duddy dress shop” and on Seamless, he was untroubled. “Some might be doing it for the wrong reasons, but I also feel these brands and organizations have the right to celebrate in their own way,” he said. “Everyone else is.”

Including, perhaps most tellingly, media organizations.

Warner Bros Television is honoring the 25th anniversary of “Friends” (didn’t we just honor the 20th?) by staging a month long pop-up of Central Perk, its fictional cafe, in SoHo. Starting Sept. 7, there will be set recreations, photo ops and, of course, a chance to buy merchandise from the on-site store.

Paramount Pictures and Fathom Events have announced they will be screening the original 1979 movie “Star Trek” in theaters for two days in September to commemorate the movie’s 40th anniversary (this following Columbia’s successful revival of “Close Encounters of the Third Kind” in 2017).

As it goes monthly this month, Entertainment Weekly magazine, always a chronicler of significant cultural anniversaries, will probably be doing so even more. Besides allowing media to relish its own past successes, anniversaries give television stations, film production companies and, yes, journalists a break from having to create new content all the time.

“It’s very convenient,” said Mr. Johnston. “You can decide what you want to cover five years, 10 years, 50 years ahead. Everyone can decide what we will be celebrating in 2029.”

Well, since you mentioned it …
Our own coverage of anniversaries.
Memories of That Night at the Stonewall Inn, From Those Who Were There
On June 28, 1969, a gay bar in Greenwich Village helped change the course of L.G.B.T.Q. history. 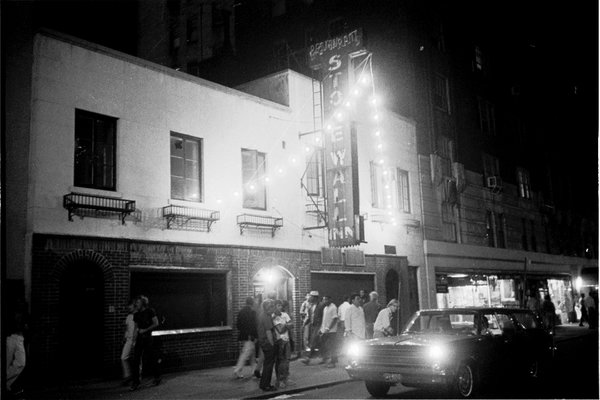 For Apollo 11 He Wasn’t on the Moon. But His Coffee Was Warm.
Michael Collins kept an orbital vigil during Neil’s and Buzz’s moonwalk, but he really didn’t feel that lonely. 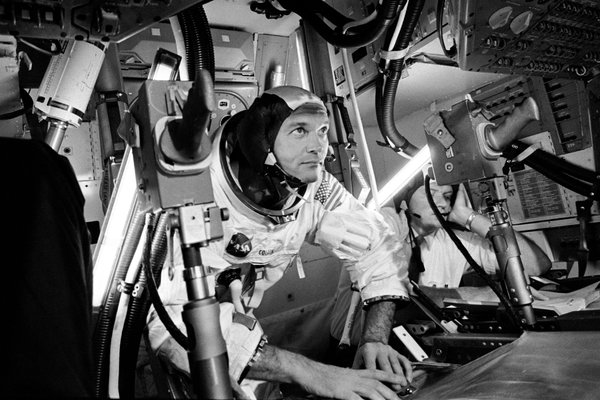 Journalist Misses His Deadline on Manson Article. By 20 Years.
Tom O’Neill, the author of a new book about the Manson murders, finds that the accepted narrative of the crimes doesn’t quite add up. 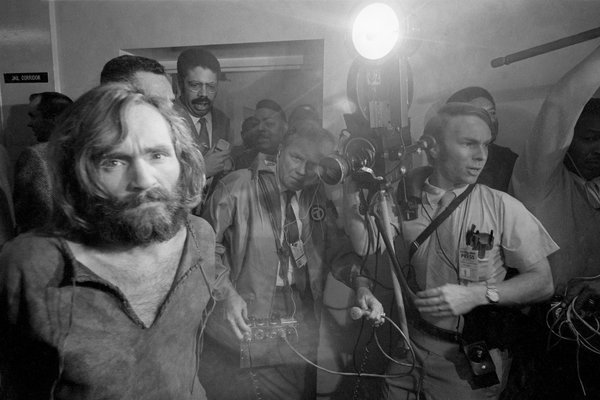