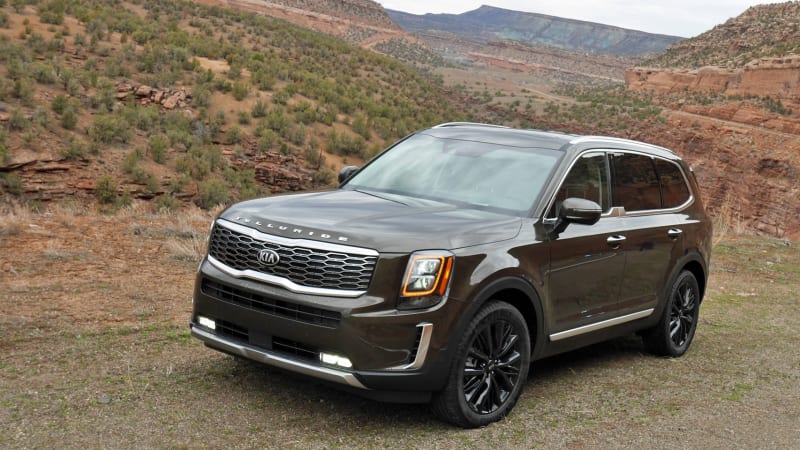 In every crash test, including small-offset crashes, the Telluride received the highest “Good” rating. The standard forward collision prevention also received the highest “Superior” score since it provided adequate warning and stopped the car from colliding with a vehicle in front of it at speeds up to 25 mph. What kept the Telluride from the Top Safety Pick + rating was headlight performance, which has tripped up so many other vehicles. The base model’s halogen headlights were given the lowest “Poor” rating, and the higher-trim LED headlights got the second highest score of “Acceptable.” Headlights with “Good” performance are required for Top Safety Pick + rating. Also worth noting is the child seat LATCH anchor access, which was also rated as “Acceptable.”