We take a look at what’s new on the updated iterations of the Yamaha FZ and FZ-S.

The Yamaha FZ has been around for a little over a decade now, and its current iteration is what Yamaha is calling the V3.0. Despite what the name suggests, this new version is merely a cosmetic job. The only serious mechanical change is the fitment of a single-channel ABS, but that was something Yamaha simply had to do come April 2019. That means that as much as we’d have liked to see a bump in performance, it’s not been the case. Anyway, let’s take a look at what’s new.

It seems so. Yamaha has updated a majority of the FZ’s bodywork with elements inspired by the larger FZ25. So while it still retains its muscular, sharp profile, it also looks considerably larger thanks to a wide fuel tank and shrouds that extend down towards the front of the engine. The bike you see in the images is the FZ-S – it additionally gets some chrome trim around the faux air intake like vents on the front of the tank, and a belly pan. These are essentially the only differentiating factors between the standard FZ and the FZ-S, and they come at a Rs 2,000 premium. 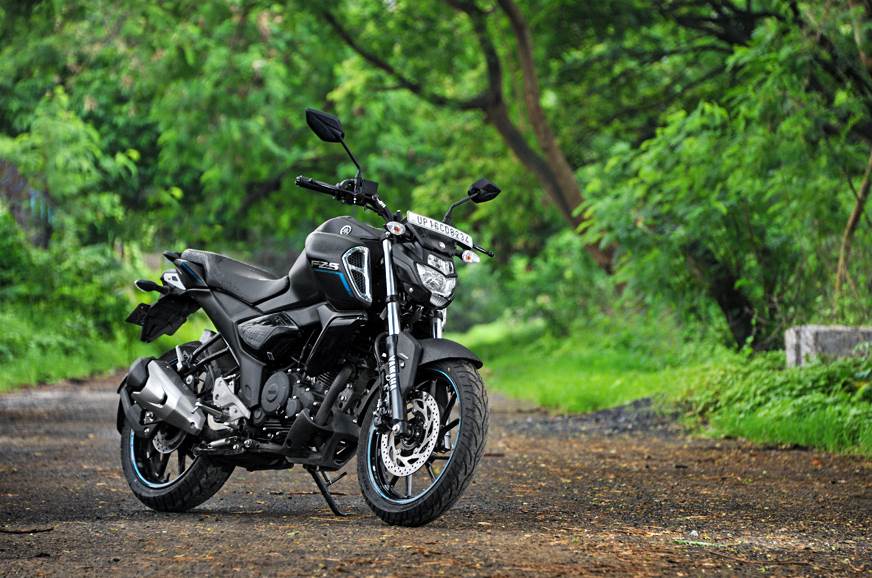 The FZ-S gets chrome trim around the faux air-vents on the tank, and a belly pan.

The FZ continues to be a sporty commuter, but this update brings with it some changes that make it more practical. It no longer uses a split-seat design and the new single seat is wider with more room for both, rider and pillion. The pillion also gets the added support of a new grab handle. We got to spend a few days with the FZ and during long stints of saddle time, you start to feel that the seat could’ve been a tad softer. Another change in the quest for more comfortable ergonomics is a slightly raised handlebar. It’s not drastically higher, but it does allow you to sit a bit more upright and also aids leverage while turning. While that’s a change you might not notice at the first instance, what you’ll definitely see is the new LCD display. Turned off, it doesn’t look drastically different from the one on the V2.0, but it uses a negative LCD scheme (light text on a dark background) and this is a refreshing change that provides a slightly premium feel. That said, it’s still a rather basic unit in terms of the info it provides with a speedometer, tacho, odo and clock. You’ll still miss out on a gear position indicator, as well as a side stand down engine cut-off. 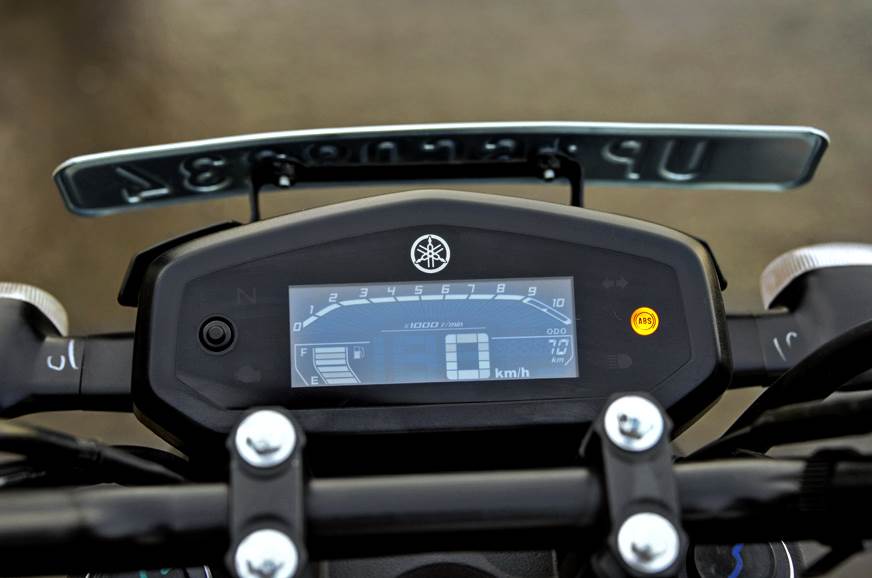 A more significant update comes with the introduction of an LED headlight in place of the halogen-unit on the old bike. Interestingly, the new FZ uses an LED headlight and a conventional halogen park light. However, the white and yellow combination does look a bit odd and it does not provide great illumination either. The high beam is bright, but its throw is not very far or wide While it’ll do a good job if you’re flashing into someone’s rear view mirrors, it’s not the best on a poorly lit street.

Still very much an FZ

When the FZ 2.0 was launched, Yamaha downsized the engine from 153cc to 149cc and with it, the bike lost a whole horsepower. By today’s standards, one horsepower sounds immaterial, but when you have only 13-odd horses to spare, it’s a considerable loss. With the new FZ, Yamaha didn’t do something as drastic, but it did leave a lot of us disappointed when it launched the V3.0 with the same engine as the older model. The fuel-injected single continues to produce 13.2hp and 12.8Nm, and the additional 5kg from the restyling certainly doesn’t help performance either. In fact, the FZ makes the least power and now has the lowest power-to-weight ratio among its direct rivals. 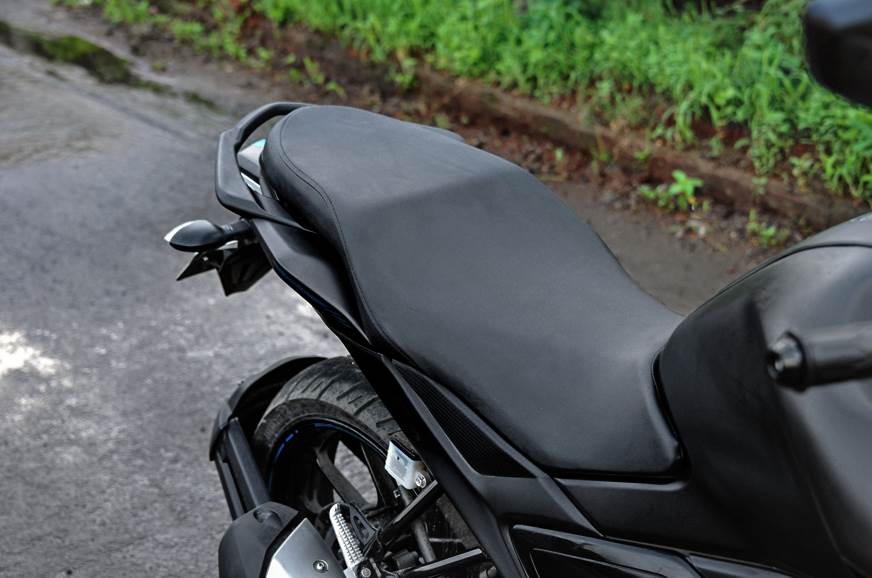 A single seat that’s wider replaces the split seats on the older model.

However, after spending a few days with the bike, I came to realise that it was something that didn’t really bother me. That’s because what the FZ always had going for it was that it was one of the sweetest handling motorcycles in its segment. Since this one uses the same chassis and suspension setup as its predecessor, it makes something as mundane as commuting quite fun even though the TVS Apache RTR 160, Bajaj Pulsar NS 160 and the Suzuki Gixxer feel noticeably quicker.

Out on the highway, you can cruise comfortably at speeds between 85-90kph with the engine spinning at around 6,000-6,500rpm. After this, things become a real struggle in terms of gaining speed.

The front brake now has ABS and, just like on the older bike, the feel from the lever is great. You can feel the connection to your input and the slowing down very well. The same can’t be said about the rear – it is quite dull despite using a disc as well.

We also tested the fuel efficiency of the FZ and it returned 46.4km to a litre on the highway and 40.1km in the city.

Essentially what we have is a motorcycle that offers the same experience as before while looking fresher, being a bit more practical and better equipped. At Rs 96,180 for the standard model and Rs 98,180 for the FZ-S, the FZ V3.0 is no longer one of the higher priced bikes in its segment. It is positioned against the TVS Apache RTR 160 4V FI ABS (Rs 99,101), Honda CB Hornet 160R (Rs 92,578) and the new Suzuki Gixxer (Rs 1 lakh). That said, the FZ does come across as the most outdated offering of the lot, and this new iteration should have been called the Version 2.5.

All prices are ex-showroom, Delhi